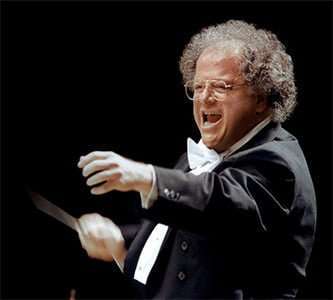 On the afternoon following the final performances of the Metropolitan Opera season, James Levine led the MET Orchestra in its third and final visit of the season to Carnegie Hall. This season Levine has led successful runs of three productions – Falstaff, Così fan tutte and Wozzeck – and is scheduled to conduct twice that number in the upcoming season. Levine’s motorized chair was elevated several feet above the stage, providing the audience with a clear view of his energetic conducting of music by Dvořák.

The blaze of sound that began Carnival was suitably festive but unbalanced, nearly drowning out the tripping violin figures that animate the opening moments, and the violins also were a bit ragged in the softer and more lyrical passages that followed. The central section was lovely however, especially the interplay between English horn and solo violin before a tambourine provided a rhythmic bridge to the return of the opening tempo – this time with the ensemble in better balance and the violins resonating fully as Levine propelled the music toward its frenzied conclusion. 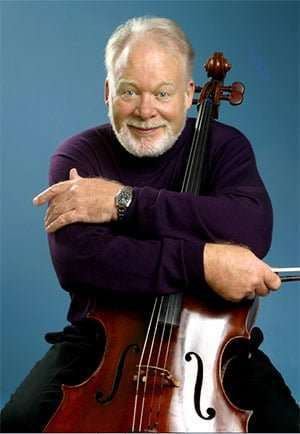 The Cello Concerto was composed during Dvořák’s sojourn in the USA, but it is reminiscent of the composer’s native Bohemia, with nary a trace of American influence. Its popularity challenges each soloist to bring something distinctive to its performance. Lynn Harrell was in top form, his playing proficient and expressive. He was deeply involved even before his initial entrance, swaying with the music and silently mouthing themes during the extended orchestral introduction, highlighted by the lyrical horn solo introducing the second subject. Levine kept the orchestra subordinated as Harrell developed the cello’s part with agile passagework and brought tender warmth to the horn theme. Harrell created an even more dreamy aura in the Adagio, into which Dvořák embedded one of his own songs that had been a favorite of his sister-in-law, for whom he had harbored unrequited love and who died just a month after his return to Prague, prompting him to revise the work’s ending to reprise that melody. In the spirited finale, Harrell’s bowing and fingering were dazzling and his duet with concertmaster David Chan sang out sweetly. Levine and the orchestra brought the rendition to a rousing finish.

Harrell dedicated an encore, an exquisite rendition of the ‘Prelude’ from J. S. Bach’s G major Cello Suite (BWV1007), to his late father, baritone Mack Harrell (1909-60), Levine and the MET Orchestra. He recounted having first met Levine when they were both teenagers and Levine was accompanying the elder Harrell at the Aspen Music Festival.

After intermission, Levine led an engaging outing of the great Seventh Symphony. In the Allegro maestoso, a blend of dark harmonies and bucolic brightness, the orchestra played superbly as Levine drove the musical argument onward, ending softly with a rather mysterious coda. The Poco adagio featured some fine horn passages and woodwind solos, but it was the strings that came to the forefront here. The most fascinating movement is the scherzo, in which contrasting rhythms are played simultaneously, the upper strings’ catchy tune in triple meter set against the cellos and bassoons in duple time. The sunny trio, with hints of birdsong, provided a nice contrast. The finale included a delightful passage in which the first violins and flute played a sort of duet. There were excellent solos on horn and clarinet, the trombones sang out smartly in a tutti passage, and the flutes interjected a trill or two. Levine held things together coherently, building tension throughout. As the end approached, the timpani set the pace, with the woodwinds and brass whooping upward and the first violins (seconds to the conductor’s right) in top-register tremolos all but shrieking through the final chords.

Although this season-concluding event engendered high spirits, the musicians wore buttons expressing union solidarity, a reminder of the acrimony with which labor negotiations between the Met’s management and the musicians and other artists have begun, raising the possibility that the 2014-15 season could be in jeopardy.