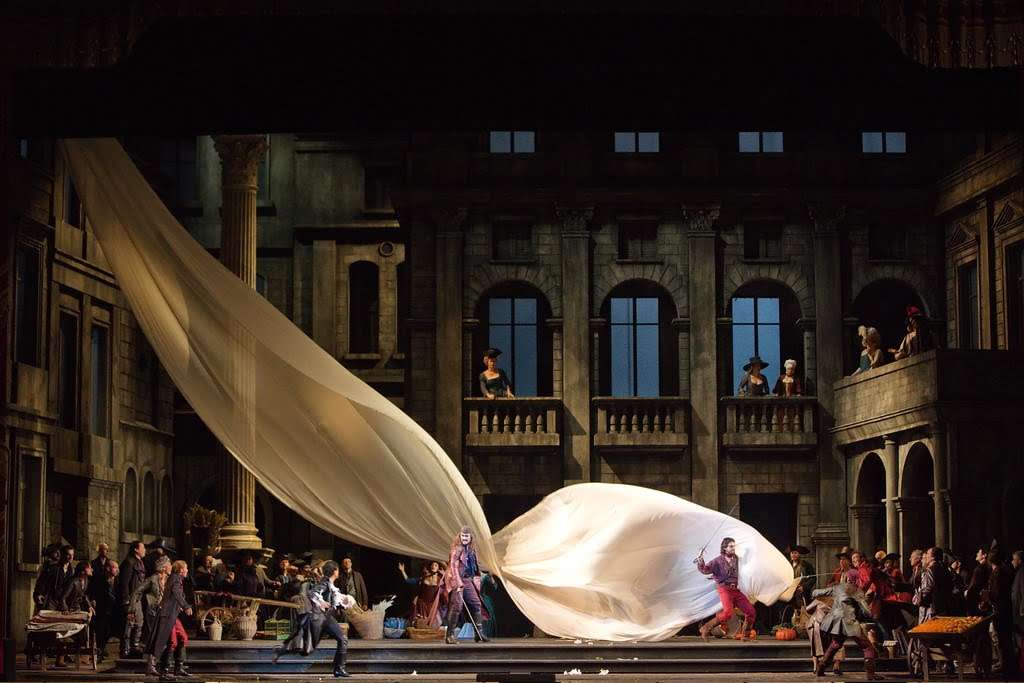 Bartlett Sher’s new staging offers an ingenious take on Charles Gounod’s perfumed Romeo et Juliette (1867), one of the Met’s best productions of the past decade.

The action is updated to 18th-century Verona, Shakespeare’s timeless if tragic love-story playing out in the courtyard outside a sumptuous palazzo. Sher demonstrates that a straightforward approach still has the power to communicate. 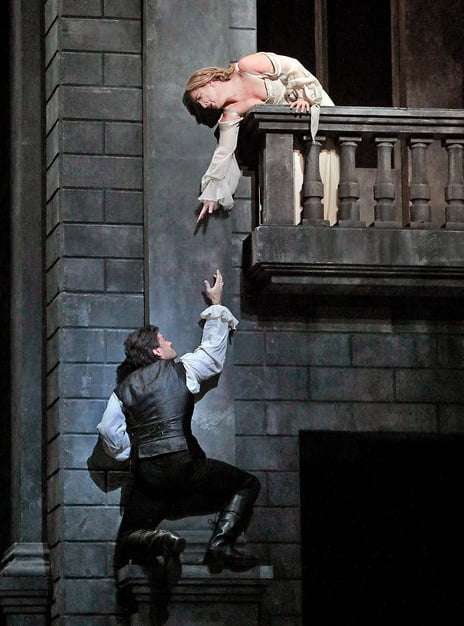 We are fortunate to have two singers in the title roles that exude magnetic charm and authentic chemistry. It is easy to believe in the love between Vittorio Grigolo’s ardent Romeo and Diana Damrau’s flirtatious Juliet from first sight to final kiss.

Grigolo is a born stage animal and brings every ounce of energy he can muster to his performance. His gestures may be exaggerated, but they lend his characterization an endearing honesty that perfectly conveys the bliss of nascent infatuation. While his enthusiasm often leads him to over-sing, pushing out top notes and putting strain on his naturally sunny timbre, this unrefined vocalism in fact complements his heartfelt portrayal, and his impassioned singing of ‘Ah! lève-toi, soleil!’ under Juliet’s balcony was the evening’s musical highlight.

Damrau shared such enchanting charisma and her voice has gained increased depth and complexity over recent years, the soprano giving vent to Juliet’s lush lyricism while maintaining agility and clarity. She likewise approached Juliet’s youthful passion with reckless abandon and lost herself entirely in the moving ‘Poison’ aria.

Gianandrea Noseda supported these vivid interpretations with a strong hand and striking musicality, the Metropolitan Opera Orchestra elevating Gounod’s Romantic melodies to symphonic heights, drawing out a range of hues and textures. The work’s violence resounded in rich brass and timpani while the couple’s sensuality blossomed in plush strings and delicate woodwinds. 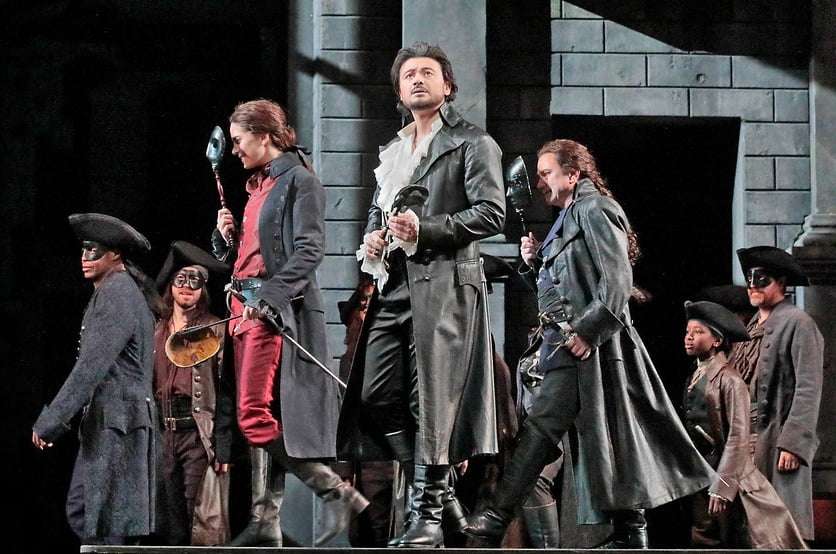 Among the other singers, Virginie Verrez brought a flexible mezzo to the page Stéphano while Mikhail Petrenko sang with a nasal, sometime-gruff bass as Friar Laurence. Laurent Naouri made for a resolute Capulet and Elliot Madore’s virile tone and sexy confidence worked well for the swaggering Mercutio. He and Diego Silva, as Tybalt, also exhibited great athleticism in a daring sword-fight expertly choreographed.

The Metropolitan Opera Chorus was an impactful force, singing joyfully in the opening party scene and contributing weight to imposing ensemble numbers. As staging-trends today increasingly favor conceptual abstract retellings of operatic tales, it is encouraging that we can be still riveted by Sher’s time-honored offering.