Offenbach
Les contes d’Hoffmann – Opera in three Acts, a Prologue and an Epilogue to a libretto by Jules Barbier, based on the play Les Contes fantastiques d’Hoffmann by Barbier & Michel Carré (itself based on three stories of E. T. A. Hoffmann) [performed using the edition by Fritz Oeser; sung in French with English titles by Sonya Friedman] 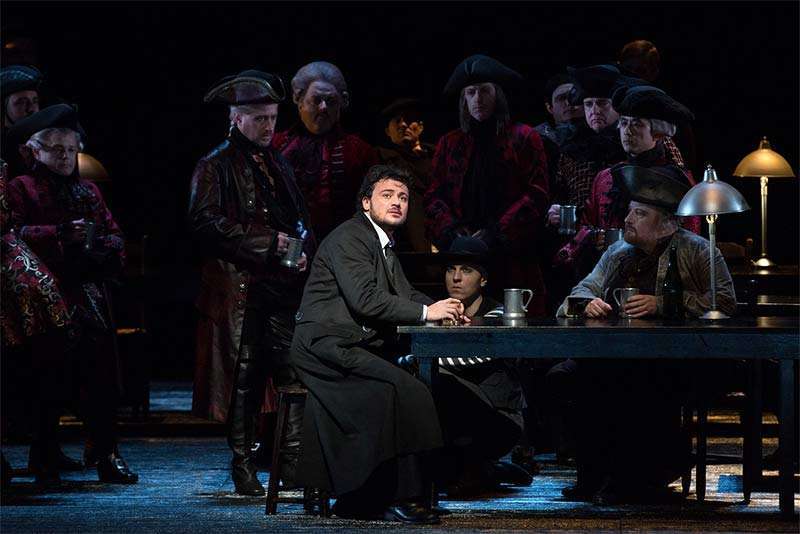 Although it would be financially untenable, wouldn’t it be fun to present Offenbach’s The Tales of Hoffmann, à la the film Aria, with not only different female leads for the individual stories but also a different conductor and production team guiding each section? Or how about presenting the Acts in a different order?

Offenbach died before the premiere of Hoffmann, and conductors have since felt justified in shuffling or eliminating the various scenes as they choose. Mahler at the Vienna State Opera jettisoned both the Prologue and the Epilogue. Others have cut entire tales or changed their locales to incorporate particular songs, such as the famous ‘Barcarolle’. For this run of performances the Met keeps the whole intact, at least as best as can be reconstructed without a definitive final version, by employing the 1976 critical edition by Fritz Oeser. 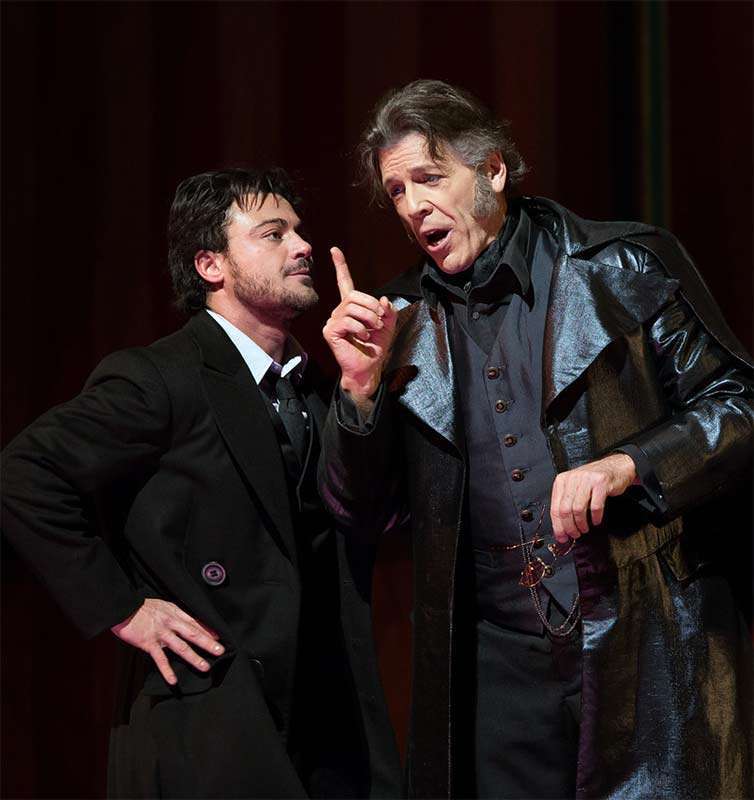 The quadrilateral nature of the piece changes the standard experience of the opera-goer, similar to the difference between reading a novel versus a compilation of short stories by the same author. Let’s look at the result as four separate entities.

Prologue: The three main characters that will appear throughout the opera are introduced here. Thomas Hampson established himself early as the dominant theatrical force, forging the character of Lindorf with swagger and panache, and establishing the electricity of the four villains. Kate Lindsey, as Nicklausse, who would be present through virtually the entire evening, will emerge as a significant player as the tales unfold. The Prologue contains the amazingly infectious music of ‘Chanson de Kleinzach’, which is reprised briefly in the Epilogue and sticks in one’s head long after the opera has ended. Vittorio Grigolo instantly projected his essence of the poet Hoffmann when he intoned this rhythmic masterstroke. He has the vocal power for an auditorium as vast as the Metropolitan’s; however his voice seemed harsh rather than mellifluous. His air of the misshapen dwarf was not crisp and staccato but rather flaccid and this could very well have come from the pit where Yves Abel led a rather flabby performance. 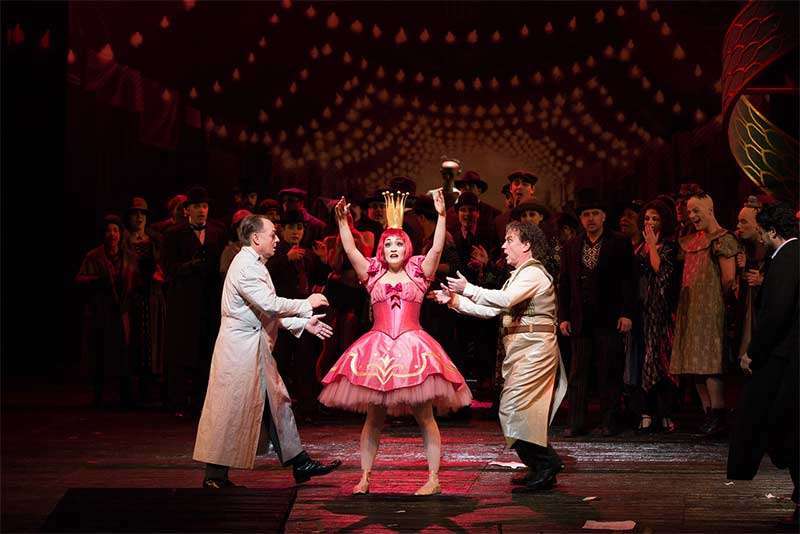 Olympia: Based on the E. T. A. Hoffmann story ‘Der Sandmann’, written in 1816 and a prototype for the science-fiction genre, our hero falls in love with a mechanical doll over one hundred years before Karel Čapek introduced the term ‘robot’ to the world. Playing the automaton with a great deal of skill was Erin Morley, who not only mastered the herky-jerky motions of the character, but dazzled with her ability to sing wrong notes on demand as she wound down, a phenomenon counter-intuitive to everything that her training has instilled. This melisma effect was extremely impressive and added to the hilarity of the scene. Her ‘Les oiseaux dans la charmille’ did not quite measure up to Natalie Dessay quality, but was fine nonetheless.

Antonia: Adapted from the story ‘Rath Krespel‘, which explores the nature of music itself as an agent for healing or deterioration, this is the Act that demonstrates the genius of the construction of the opera as a whole. After the hi-jinks of the Prologue and the humorous nature of the mechanical doll, there is absolutely nothing amusing about the desperate situation of Antonia – the effect is a strong kick in the teeth when delivered with ardent intensity. Here Hampson was at his most commanding, oozing evil out of every pore of Dr Miracle. David Pittsinger was an affecting Crespel, but Hibla Gerzmava as Antonia was too heavy-voiced and also tended to sharp her sustained notes. In this Act, Lindsey established herself as the find of the night, Nicklausse’s “violin aria” simply a stunner.

Giulietta: The Hoffmann story ‘Das verlorene Spiegelbild‘ (The Lost Reflection), written over eighty years before Bram Stoker’s Dracula, provides some of the material for this Act, but much of the plot is original to the librettists. We are in Venice and are almost immediately blessed with the gorgeous duet ‘Belle nuit, ô nuit d’amour’ sung by Lindsey and Christine Rice. This is the weakest Act of the cobbled-together ‘finished’ opera, the one that did not make it into the world premiere, but does offer a golden opportunity to experience what can be considered the crown jewel of the Met, the fabulous Chorus. Hampson once again stood out in bas-relief, here his suavity and sinister cape containing the essence of evil and its domination of Hoffmann’s mad universe.

This is the first revival of Bartlett Sher’s serviceable 2009 production. There is a touch of melodrama, but not as clearly defined or featured as it might be, which begs the question of why the Met chose to replace the previous staging by Otto Schenk. However, this question has remained unanswered through several seasons. Sometimes change for its own sake is not change for the better.