Verdi
Otello – Opera in four Acts to a libretto by Arrigo Boito after William Shakespeare’s Othello[sung in Italian, with Met Titles by Sonya Friedman] 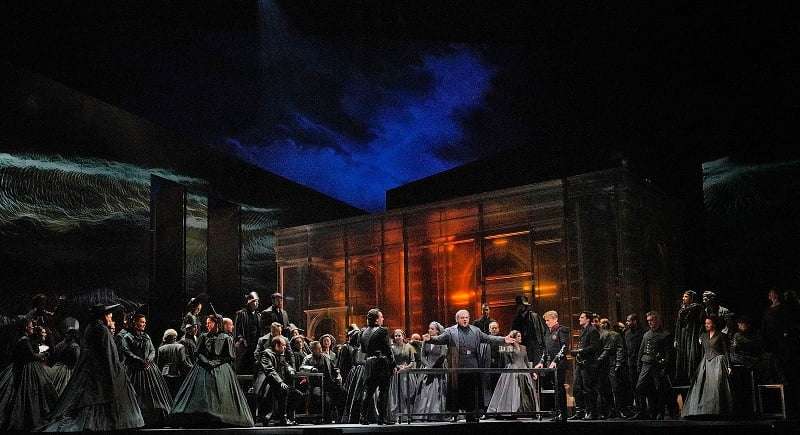 This was the second performance in the Met’s current revival of Bartlett Sher’s bold, tightly-focused 2015 production of Verdi’s Otello, and the first in which Stuart Skelton takes on the demanding title role. Skelton had been scheduled to make this role debut in the premiere performance three nights previously but withdrew because of illness. On that occasion he was replaced by Carl Tanner.

Returning to the roles they sang when this production was first introduced were Željko Lučić as Iago, Sonya Yoncheva as Desdemona, Jennifer Johnson Cano as Emilia and James Morris as Lodovico, a role he first took on at the Met in 1972. Gustavo Dudamel is making his Met debut.

Dudamel conducted an intense account of Verdi’s rich and flowing score, successfully conveying the music’s impassioned thrust and lyricism. The performance was bursting with energy at the obvious points, most notably in the opening storm chorus, where Dudamel deftly balanced chaotic instrumental and vocal forces – depicting the savage tempest in which Otello’s ship is sailing home, and the voices of the chorus portraying the panicked crowd on-shore pleading to the heavens to protect their governor and his crew. In more intimate moments, such as the great Act One love-duet between Otello and Desdemona, the music was given a full measure of tenderness and rapture. 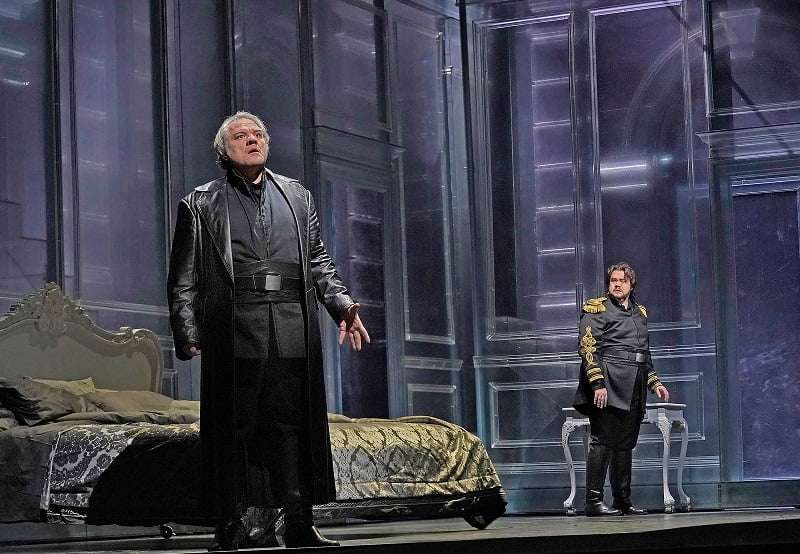 Following intermission, it was announced that Skelton was suffering from a cold, but he would continue and asked for the audience’s understanding. That the tenor was not at his best had been obvious from his Act One entrance, when he emitted a less than sufficiently authoritative “Esultate!”. Skelton made a noble effort throughout the evening and managed to be fairly convincing in more-lyrical scenes. But he was only partly effective in passages demanding greater strength, most obviously Otello’s third-Act outpouring of grief.

The rest of the cast was fine. Lučić made an excellent Iago, his luxuriant baritone displaying tremendous power – such as when he fuels Otello’s jealousy – and in quieter moments where he intoned his asides in a blood-curdling sotto voce. Yoncheva delivered a brilliant performance. Her singing and acting were especially strong in the massive third-Act Finale, where Otello denounces her and she pleads for pity. But her exquisite voice was most moving in Act Four in the sad unearthly ‘Willow Song’ and the concentrated ‘Ave Maria’.

Alexey Dolgov was an appropriately eager and vulnerable Cassio, Cano a spirited and rich-voiced Emilia, although Morris’s bass-baritone was a little tired-sounding but effective.