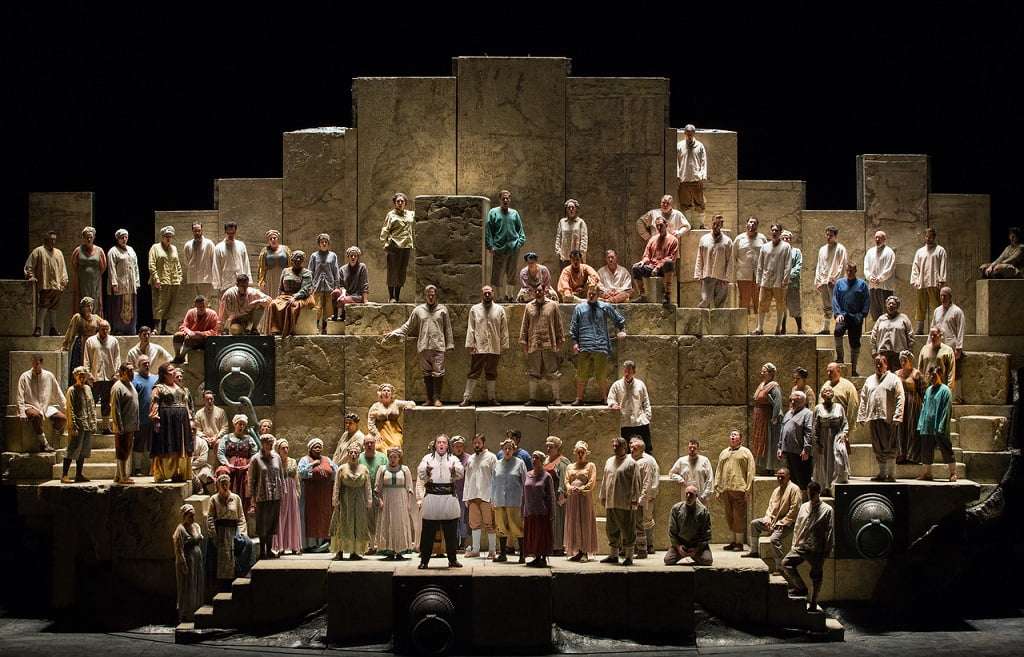 This season at the Met, we have the opportunity to hear operas that catapulted their composers to fame – Rossini’s L’Italiana in Algeri and Puccini’s Manon Lescaut appeared this past fall while Mozart’s Idomeneo and Wagner’s Der fliegende Holländer are to come. This trend continued with an electric revival of Verdi’s Nabucco with tenor-turned-baritone Plácido Domingo.

With each baritone role that he adds to his repertoire, Domingo lends further darkness to his already ardent timbre. As the ruthless Babylonian king, Domingo proved that he remains a model of vocal health, soaring above Verdi’s brassy orchestration with focus and strength. As the evening progressed, he brought greater humanity to his character, offering a moving ‘Dio di Giuda’ while lying prostrate in prayer.

The role of Abigaille, with its explosive top notes and plunges deep into the chest voice, is one the most challenging that Verdi created. Liudmyla Monastyrska offered a rendition out of an earlier era. She was not afraid to occasionally sacrifice musical beauty for dramatic grit, but also delivered delicate pianissimos; two sustained high Cs in the Act One trio were impeccable, and she dominated her scenes with formidable physicality and unflagging stamina. 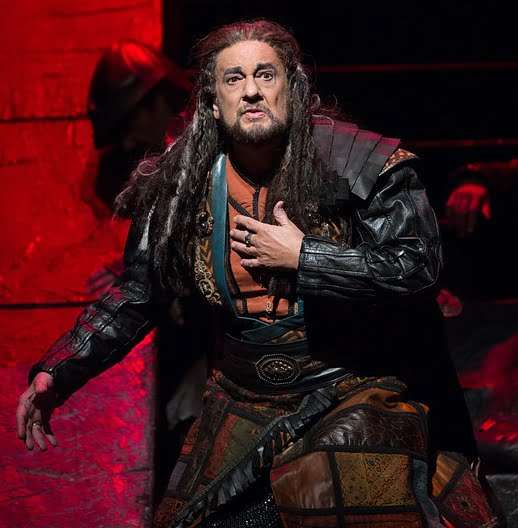 Dmitry Belosselskiy as the high priest Zaccaria sang with a rich, full-bodied bass, balancing the character’s resolute might with consoling lyricism. Russell Thomas’s bright, Italianate tenor was well-suited to the young soldier Ismaele, while Jamie Barton’s lush mezzo was underserved in the small role of Fenena.

In Nabucco, Verdi places strong emphasis on the contrasting communities of Hebrews and Babylonians, so the choir plays an especially significant role: the Metropolitan Opera Chorus offered a truly superb contribution. The singers produced an imposing wall of sound during the chaotic ensembles and colored the sorrowful ‘Va pensiero’ with heartrending pathos, even earning an encore!

Although health concerns continue to surround Music Director Emeritus James Levine, he was here on top form, keeping the music tight and cohesive. The young Verdi’s score certainly lacks some of the refinement of his later output, but Levine approached it with great respect.