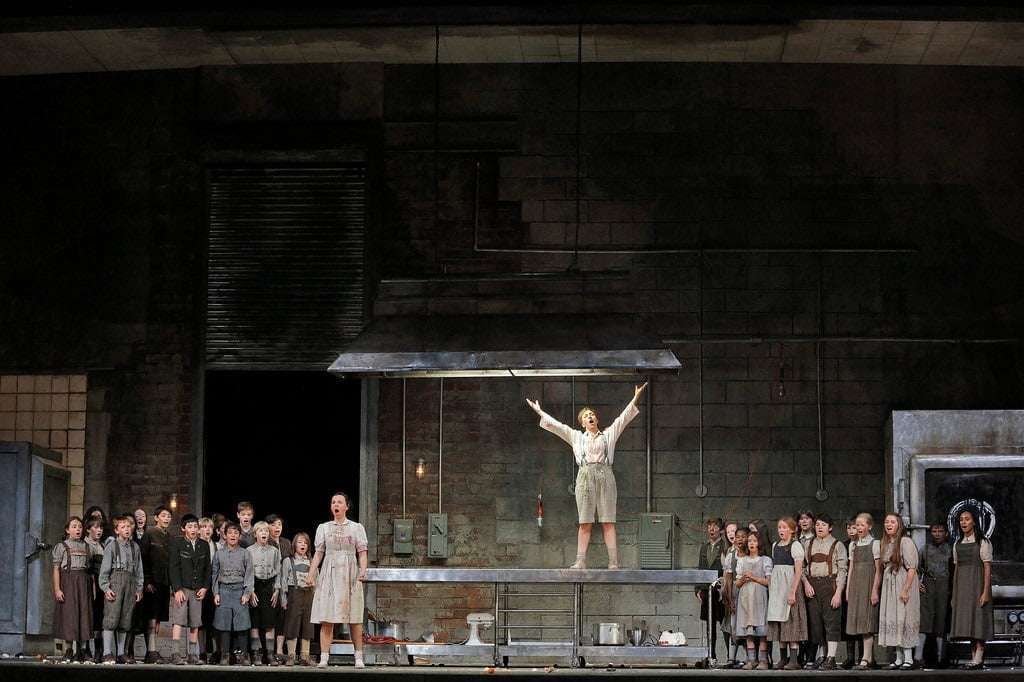 With no ‘Ring’ music-dramas this season, the Metropolitan Opera has only one work that explores both fear and love, and the symbiotic relationship between the two. Engelbert Humperdinck’s Hansel and Gretel (the Met uses an English language version) satisfies on the intellectual and visceral level. The Met even has morning performances of this fairy-tale for the little ones. It is a terrific show, and sometimes we regulars forget just how important that can be.

Christine Schäfer does not appear in New York often enough, so it is a significant disappointment that she is taking a sabbatical this season and has withdrawn from the role of Gretel, leaving the current run of Richard Jones’s production with no holdovers from its original cast. This was a golden opportunity to compare and contrast the present, as conducted by Andrew Davis, with the 2007 premiere. That earlier account was superb; this current one was not. 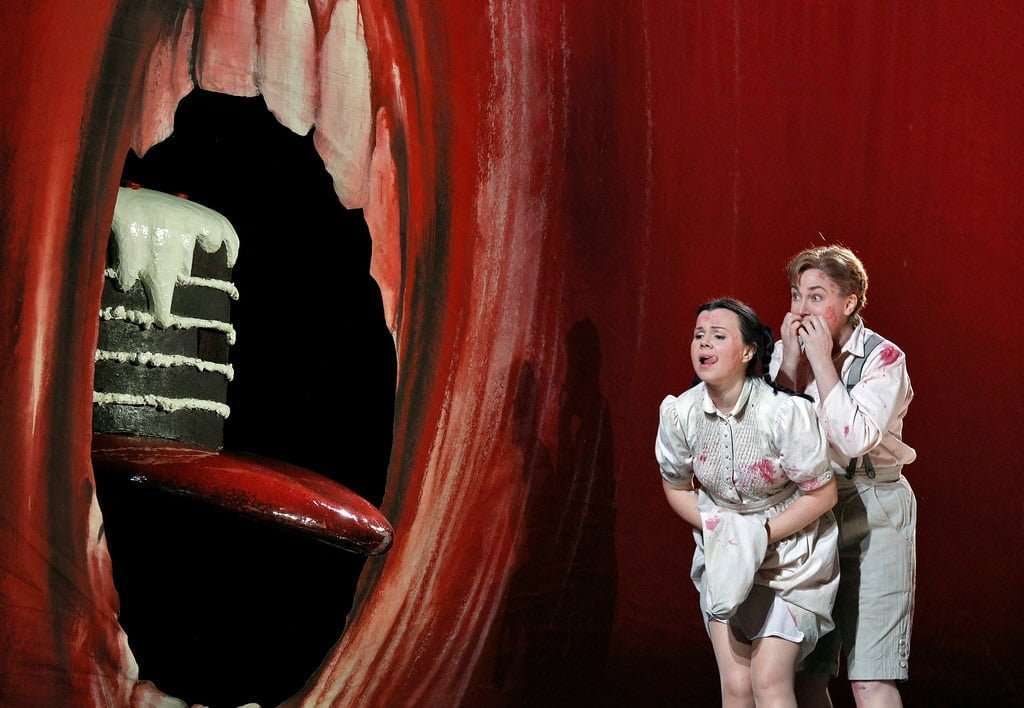 Back in 2007 Vladimir Jurowski fashioned the most frightening Hansel and Gretel that I had ever heard. The Met Orchestra was taut, precise and on the dark side. Davis, by contrast, led a rather flabby account, the horns botching the very first notes and the trumpets making a hash of the reprise of the ‘Evening Prayer’. Most of the second half – rather oddly commencing in the middle of Act Two – was dull.

Schäfer’s absence left big shoes to fill. Aleksandra Kurzak, who is taking on the part in four December performances (Heidi Stober and Andriana Chuchman will play her in January), is a less than ideal Gretel, tending to flatten her sustained notes. The Act One set was not her friend, as the visually distinctive effect of looking through a telescope the wrong way round forced her to perform primarily from the back of the stage, where her voice was regularly subsumed (as was Schäfer’s in the maiden voyage). Our new Gretel did have high energy and comported herself well physically, a significant attribute in this athletic role. However, this cavernous house is not the ideal venue for her rather small voice. 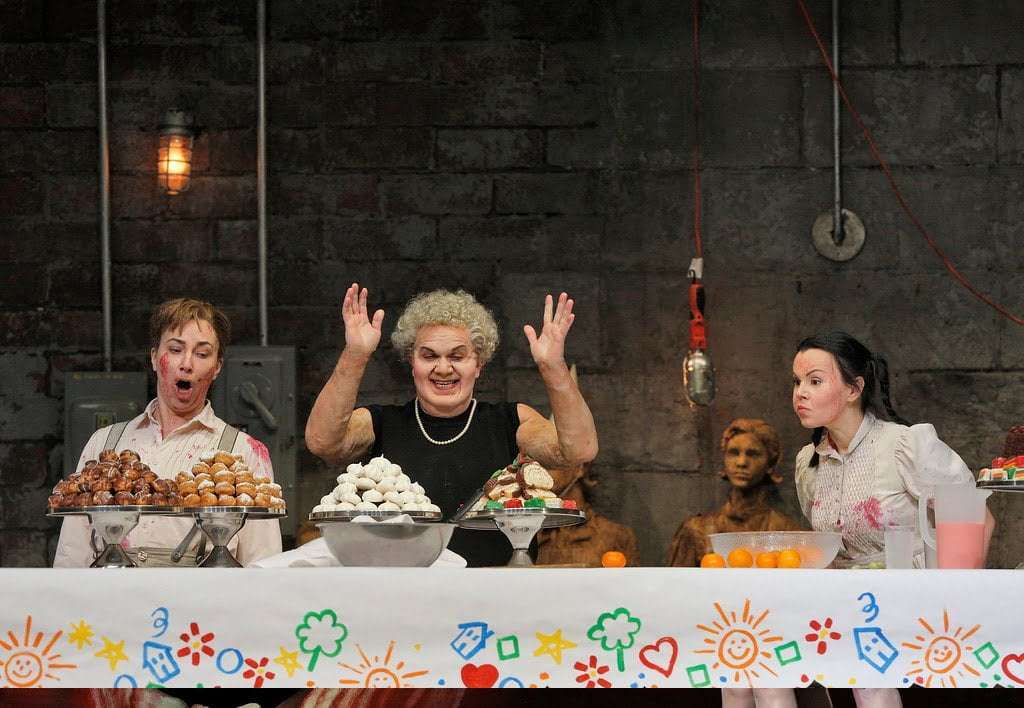 Making her Met debut, Christine Rice displayed the most competent qualities as Hansel, however she was decidedly awkward at being awkward, and her portrait of a rustic boy was difficult to believe. (Alice Coote in 2007 was afflicted with the opposite problem – she was spot-on as a thespian but struggled vocally.) Other cast members of note were the commanding Peter of Dwayne Croft and the arresting timbre of Carolyn Sproule as the Sandman.

The fulcrum of the piece is the scene at the conclusion of Act Two when the hungry children fall asleep in the woods. Some people have objected to the staging of this section – in which the visit of the Sandman leads to a fancy-dress dining-room for a feast – but they may be missing the point. It is the logic of the dream that quite accurately illuminates the central meaning of the opera (and, as it turns out, the Grimm story as well). The ‘Evening Prayer’ sequence is staged with a masterfully delicate touch. 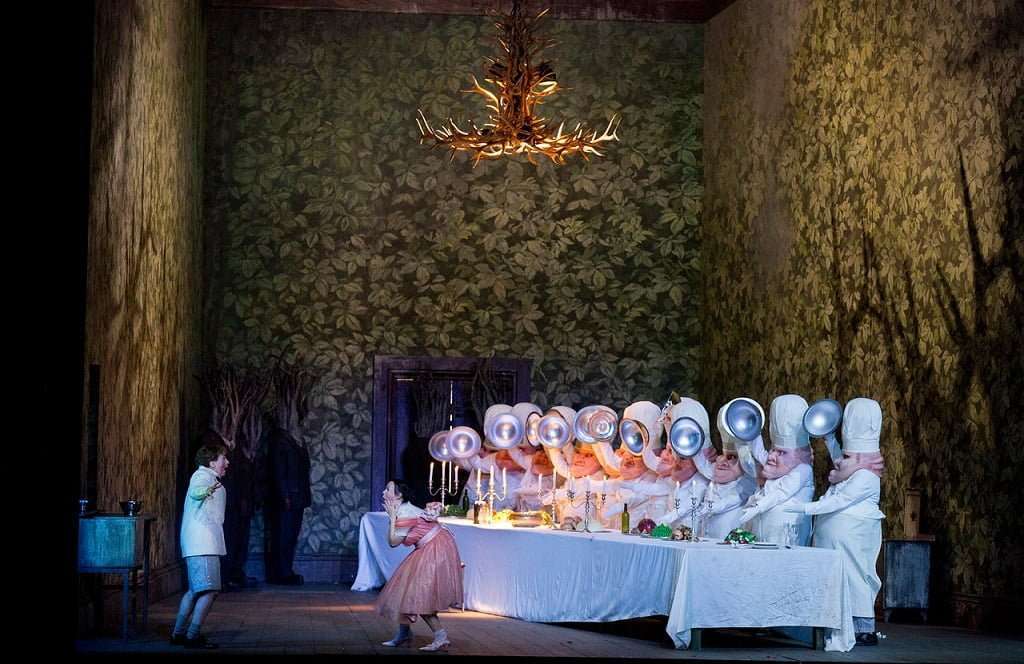 It was Hansel and Gretel that in 1931 inaugurated the Met’s Saturday-afternoon radio broadcasts, and in 1942 it became the first complete opera to be broadcast on television in the United States. Although it had been occasionally done this way before, ever since Hans Conried played the Witch in a 1958 musical based on the Grimm tale and televised on NBC, it has become de rigueur for Americans to cast a man in the opera’s role. The late Philip Langridge set the bar high in 2007, but our current Witch, Robert Brubaker, was unable to reach that bar, let alone vault it expertly. Where the original Hexe was outrageously campy, this successor is simply annoying. Even the technical elements seemed against ‘her’. At one point a wave of her wand is supposed to make the lighting turn frighteningly yellow and brown, but on this evening the colors changed while Brubaker was still groping for the prop, leaving its waving comically superfluous. Of course, this is one of those glitches that can easily be corrected.

Anyone who has read Robertson Davies’s The Lyre of Orpheus knows how difficult it can be to produce an opera. Richard Jones and his team have created a simply wondrous atmosphere. In a city that honors Jackie Gleason with a statue on 42nd Street, the family home in Act One is a replica of the Kramden kitchen from The Honeymooners. Hunger and fear in the woods in Act Two lead to Sendak-like characters who project just the right combination of cuddliness and the maniacal. (Sendak designed a Hansel staging for Houston in the 1990s.) The Witch’s house of Act Three inhabits two levels, the horrid and the Freudian, with the looming oven as its focus, giving Kurzak, trying frantically to escape, a giant hamster’s cage in which to run. Spoiler alert: it is the Witch who gets it in the end – they eat her! There were squeals of delight from the audience, and some of the children in attendance reacted as well.