Puccini
La fanciulla del West – Opera in three acts to a libretto by Guelfo Civinini & Carlo Zangarini based on the play The Girl of the Golden West by David Belasco [sung in Italian, with English Met Titles by Christopher Bergen] 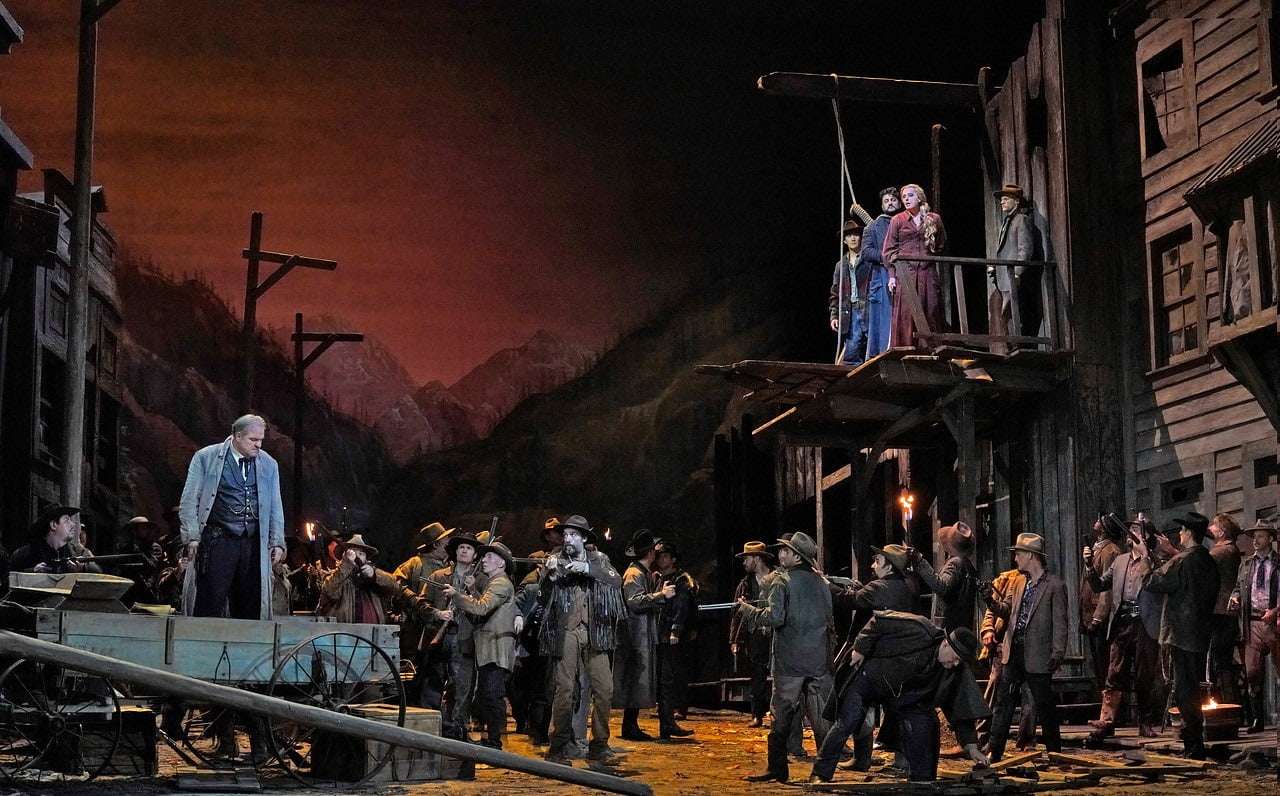 Giancarlo del Monaco’s 1991 production of Puccini’s La fanciulla del West, last revived in 2011, returns to the Met, where the opera was premiered in 1910, Toscanini conducting. The story is set during the mid-nineteenth-century California gold rush. This production evocatively reflects the rugged Sierra Nevada landscape and the equally-rugged miners who frequent the Polka Saloon, owned by Minnie. The plot revolves around the rivalry of the two men in love with her – Sheriff Jack Rance and the bandit Ramerrez, the latter masquerading as Dick Johnson.

During the atmospheric introduction, Rance sits alone as Nick the bartender prepares for the inrush of miners. Željko Lučić sings strongly and cuts an imposing figure, but his declaration of love for Minnie triggers a brawl (effectively staged), culminating in a wonderful moment when she enters firing a rifle, bringing hostilities to a sudden halt. Eva-Maria Westbroek is a charming Minnie, her voice if anything overpowered for the role, but it is hard to believe that a saloon owner during this milieu would never have danced or kissed before. There is strong tension as Minnie rebuffs Rance’s advances, setting the stage for their even more powerful confrontation in Act Two. As Johnson/Ramerrez, Yusif Eyvazov sings warmly and sweetly to generate excitement in his ardent expressions of love for Minnie. 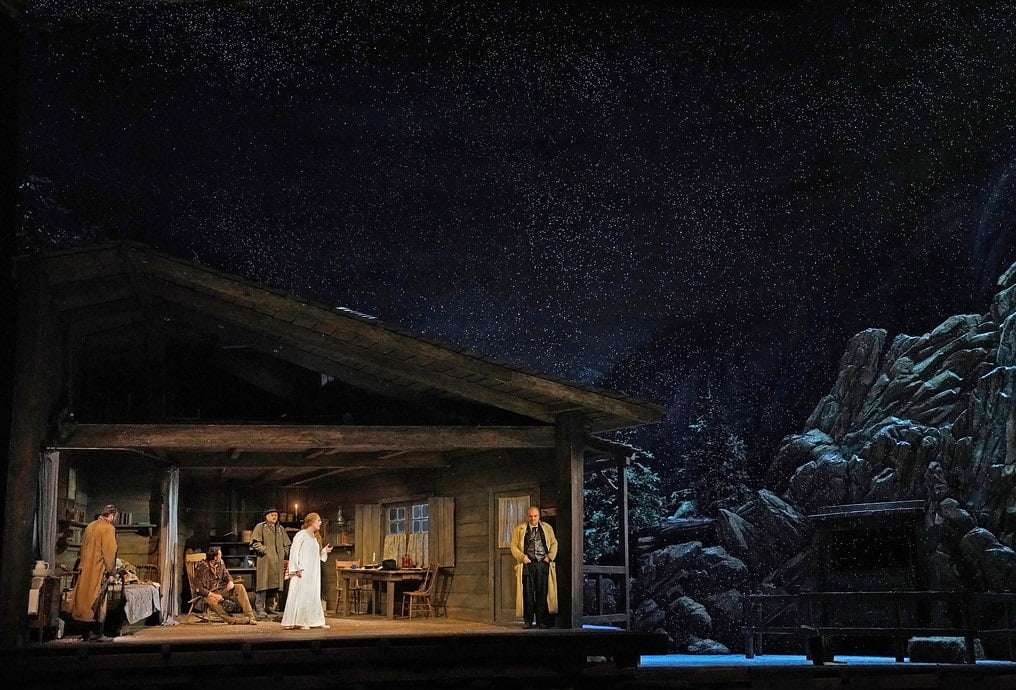 With the orchestra illustrating every twist and turn of the action, superb stagecraft and excellent vocal performances combine brilliantly in Act Two. Both Minnie’s cabin and the mountainous terrain in which it is set are rendered realistically, Minnie’s changes of costumes saying nearly as much about her emotions as her words and actions. Gil Wechsler’s lighting effectively depicts impending nightfall and the looming snowstorm in the midst of which Westbroek and Eyvazov bring great passion to their duet. Armiliato has a marvelous affinity for Puccini’s music, which elevates so simple a matter as a kiss into cosmic proportions, adds potency to Minnie’s angry outbursts, and creates almost unbearable tension as Minnie and Rance play poker for unusually high stakes.

Act Three, set in what appears to be a ghost town rather than the libretto’s forest clearing, also offers realistic touches. Eyvazov’s impassioned aria is the vocal highlight, the miners persuaded by Minnie to spare Johnson (now identified as Ramerrez) and to allow him to leave with her. As the two bid farewell to California, Rance is left alone, aiming his pistol at the lovers, but not firing.