Stravinsky
The Rake’s Progress – Opera in three Acts to a libretto by W. H. Auden & Chester Kallman [sung in English with Met Titles by Sonya Haddad] 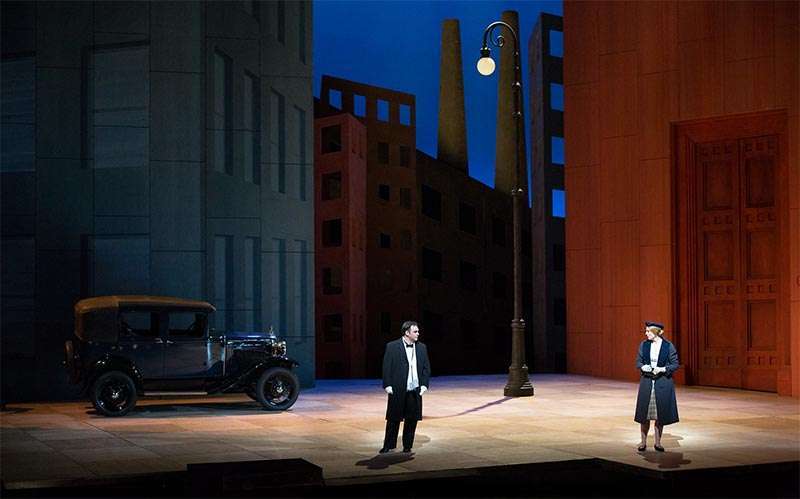 With just over a week remaining in its 2014-15 Season, Metropolitan Opera has revived for the second time Jonathan Miller’s 1997 production of Igor Stravinsky’s only full-length opera, The Rake’s Progress, with James Levine once again conducting.

The opera’s inspiration came from William Hogarth’s series of paintings titled A Rake’s Progress, at the time (1947) on loan from Sir John Soane’s Museum for an exhibition in Chicago that Stravinsky visited. He engaged W. H. Auden for the libretto, with Chester Kallman joining later. Without abandoning Hogarth’s social commentary on London’s squalid and unsavory milieu, Auden surrounded Tom Rakewell with a faithful lover (Ann Trulove), her disapproving father, a Mephistophelian villain (Nick Shadow) and a bearded lady (Baba the Turk) for him to wed (replacing the ugly old heiress depicted by Hogarth). The result is a Morality in which the Devil grants Tom three wishes – for wealth, happiness and power – before claiming his soul, only to be frustrated by Anne’s intervention, after which Rakewell declares “I wish for nothing else” but is condemned to insanity as Shadow descends into what he intended to be his victim’s grave. 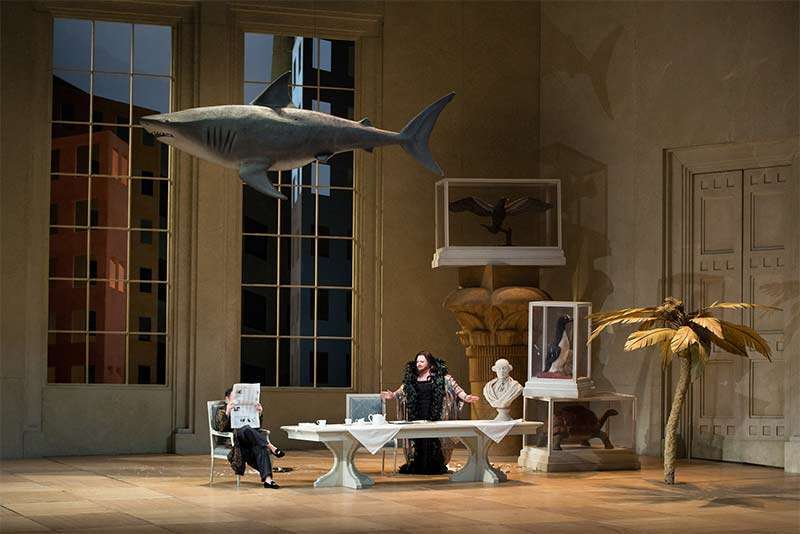 Just as Hogarth depicted the Rake’s dissolution through images, Miller’s production strings together a succession of relatively short scenes to chart Tom’s deterioration to madness via discontent and penury. Peter J. Davison’s spacious settings and Judy Levin’s stylish costumes all lend a whimsical air. Although the opera is in three Acts, it is performed here with an intermission before the final scene of Act Two, a practice initiated by Ingmar Bergman in his 1961 Royal Swedish Opera production.

This Met performance demonstrated the brilliance with which Stravinsky and the librettists matched words and music. Levine led the Met Orchestra in a detailed reading of this fascinating score, which reflects the composer’s neoclassical style. Paul Appleby was engaging, his bright tenor conveying Tom’s shifting fortunes – whether his airy ‘Here I stand’ in the opening scene, petulance at Baba’s ceaseless chattering, defiance of Shadow in the graveyard, and finally his conviction that he is Adonis. As Anne, Layla Claire was radiant as she apostrophized the night and the moon in her ‘No word from Tom’, ending with a sustained high C, and she was sweet and caring in the ‘Gently, little boat’ lullaby to Tom in Bedlam. 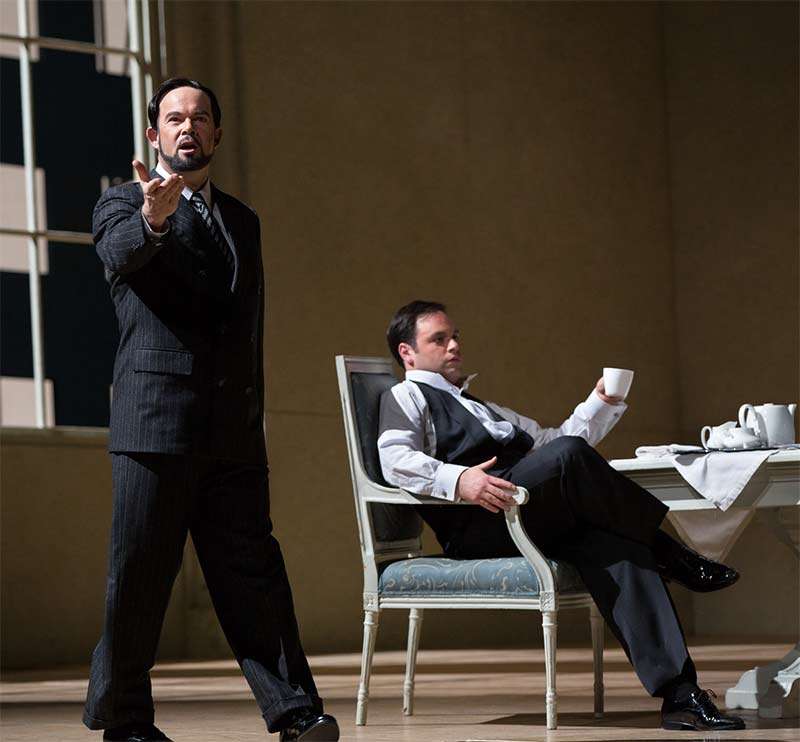 Gerald Finley was superb as Nick Shadow, his rich voice, unerring musicianship and marvelous stage presence making him a villain we love to hate. Stephanie Blythe gave a bravura characterization of Baba, playing for all they are worth the revelation of her bearded face and her destruction of bric-a-brac. In a fine Met debut, Brindley Sherratt brought his strong bass to Trulove – a welcome return to New York after last year’s powerful portrayal of Claggart in Glyndebourne’s Billy Budd. Margaret Lattimore was an excellent Mother Goose in the brothel scene and Tony Stevenson was outstanding as Sellem, the auctioneer. Members of the Met Chorus performed admirably as denizens of the brothel, Baba’s admirers and Bedlam inmates.

The matinee performance on Saturday the 9th is the subject of a live nationwide broadcast, and is also relayed by BBC Radio 3 in the United Kingdom.