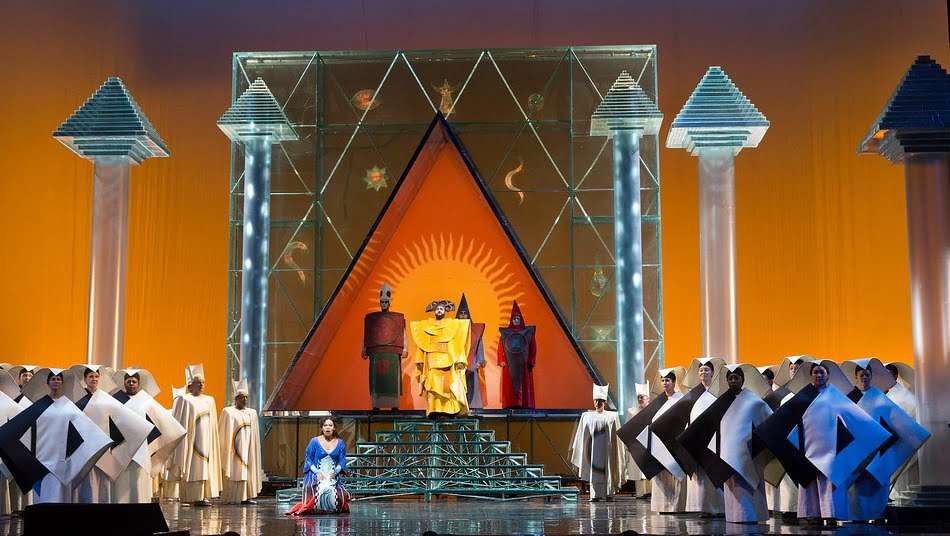 The Metropolitan Opera’s new-season opening-week continues with Julie Taymor’s striking production of Mozart’s Magic Flute. James Levine was in the pit, leading a cast that brought out brilliantly all of the score’s humor, lyricism and drama.

Most of the principals were reprising their roles, but two newcomers as the young lovers at the center of the plot provide many highlights. Golda Schultz made a terrific Met debut as Pamina with her bright voice, artful phrasing and notable stage presence, and Charles Castronovo’s strong tenor imbued Tamino with heroic bearing and he was also tenderly expressive.

In his second Met run as Papageno, Markus Werba provides many of the most humorous moments with perfect comic timing and masterful command of the dialogue, as well as fine singing. Kathryn Lewek returning as Queen of the Night is simply spectacular, her vocal pyrotechnics reaching apparently impossible heights, while at the opposite extreme, Tobias Kehrer as Sarastro resonates magnificently however far his voice dips below the stave. 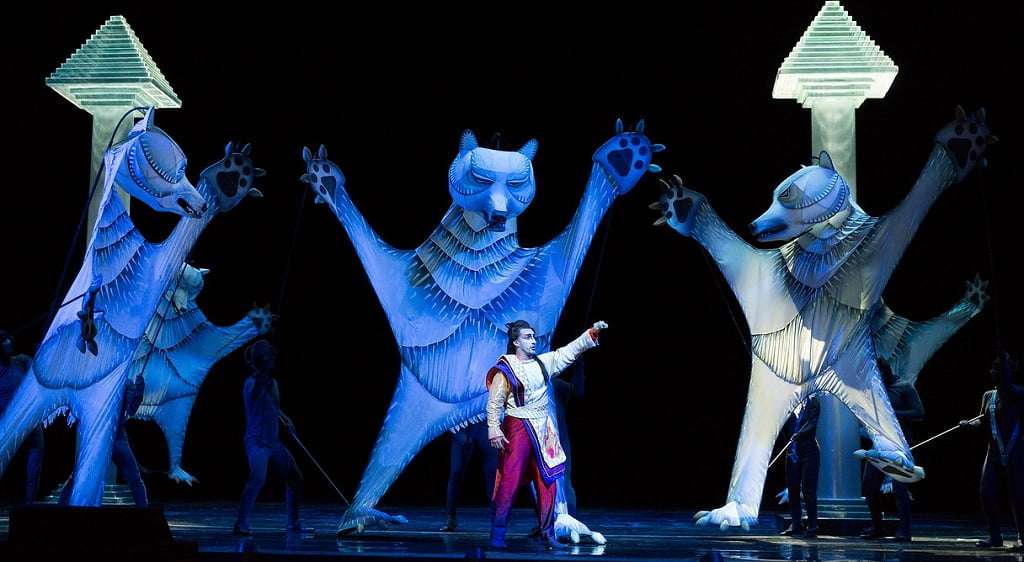 Greg Fedderly’s portrayal of Monostatos is wonderfully witty, Ashley Emerson is an adorably funny Papagena, and there’s an excellent trio of Ladies. New to the production are Christian Van Horn, a fine Speaker, and the three boys as the Spirits who guide and protect Tamino and Papageno. The remaining roles are performed ably by veterans of this production.

With music director emeritus Levine conducting, right from the opening of the Overture the Met Orchestra is particularly sonorous and lively, all quite real, the Met Chorus performs to its usual high standard, and Taymor’s staging remains visually arresting as George Tsypin’s rotating set reconfigures the performing space and Donald Holder’s lighting generates varying moods. Perhaps the most amazing contributions are given by the anonymous puppeteers who, dressed in black to be as invisible as possible, manipulate the fantastic creations designed by Taymor and Michael Curry. These include the dragon that Tamino encounters, huge dancing bears, an enormous bird with the three Spirits perched upon it, flying delicacies that surround Papageno when he is offered a meal, and the enormous Guards at Sarastro’s temple. Taymor’s whimsical costumes, Mark Dendy’s choreography and David Kneuss’s direction also delight.