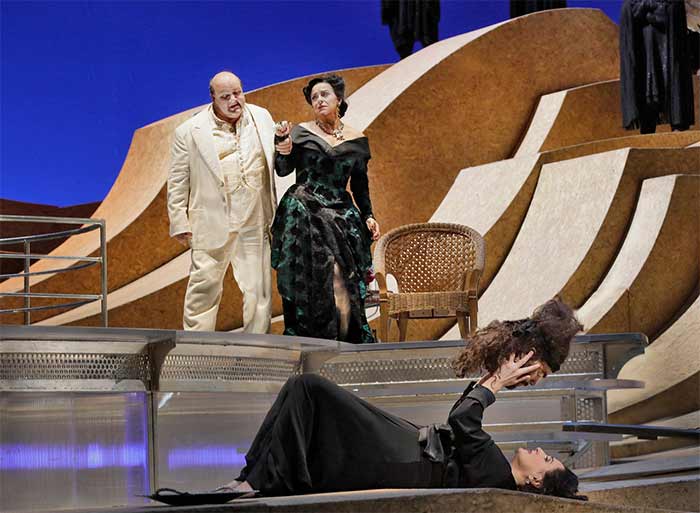 Richard Strauss’s 1905 shocker Salome – with its complex modernist score, unhinged plot, and famously lurid ‘Dance of the Seven Veils’ – always ensures a thrilling night in the theater, but this excitement was further heightened by the last-minute debut of Kirsten Chambers in the daunting title-role.

Replacing the indisposed Patricia Racette, Chambers threw herself entirely into this impulsive character, showing only occasional signs of tentativeness. While the middle of her instrument occasionally drowned in Strauss’s orchestration, her singing was marked by a fiery timbre and high notes that had both steely focus and shimmery luster. Early on, Chambers relied on superficial poses to portray Salome’s youth, but in pivotal moments – such as her confrontational duet with Jochanaan and the destructive final scene – she offered a far more psychologically detailed approach. ‘Dance of the Seven Veils’ was handled with nuance and oozed sexuality, making hearts race. 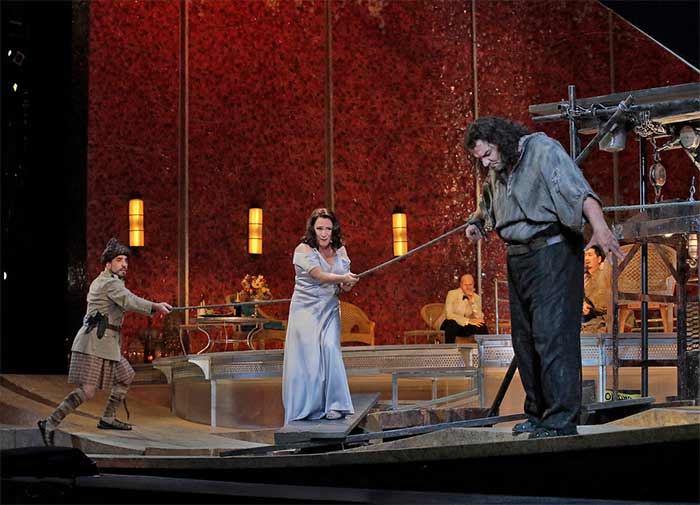 As Jochanaan (John the Baptist), Željko Lučić sang with his uniquely smoky baritone and great resonance. His impassioned outbursts were powerful without ever sounding forced, and he imbued prophetic pronouncements with gravitas. As an actor, Lučić gave a relatively safe performance during his brief visual appearance but wasn’t helped by Santo Loquasto’s rather dumpy costuming.

Gerhard Siegel was an appropriately slimy Herod, lusting after his alluring stepdaughter. At times his tone lacked clarity, but in the upper reaches, he produced ringing top notes. Opposite him as Herodias, Nancy Fabiola Herrera brought a manic physical portrayal, and she cut through the dense orchestral writing.

Kang Wang sang with a robust-yet-youthful tenor as Narraboth, the hopelessly infatuated Captain of the Guard. The Met must be commended for fielding a cast of excellent singers in the many supporting roles, especially the quintet of Jews.

Johannes Debus drew a rich palette of color from the Orchestra. He let Strauss lead the action despite a production by Jürgen Flimm that does little to probe into the dramatic intricacies of this masterwork.