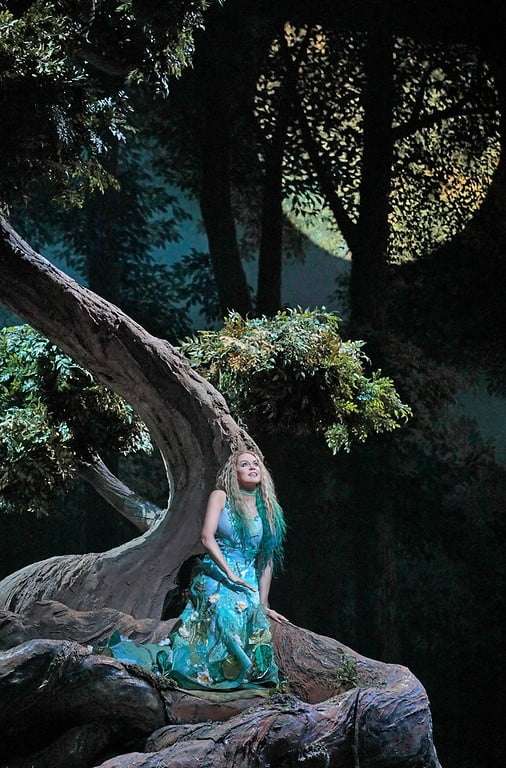 Mary Zimmerman has garnered great acclaim for her innovative and thought-provoking direction but she has also received criticism for her unconventional perspective when staging opera classics. Such critiques may account for her safe approach for Metropolitan Opera – a rather tired staging of Dvořák’s Rusalka.

This dark fairytale unfolds within vividly colorful scenery and fanciful, 18th-century-inspired costumes. These components paint a simplistic picture, and while their use of contrasting colors is an effective storytelling device, there could be subtler shades to designs.

Zimmerman’s staging is likewise one-dimensional, as much of the static blocking does little to probe themes of nature, heartbreak, and what it means to be human. Frustratingly Zimmerman does incorporate interesting elements, but instead of developing them into inventive concepts offers only half-hearted, safe choices.

None of this was helped by Mark Elder’s leaden conducting. His slow pacing weighed down the scenes of expository dialogue, and even Dvořák’s rich orchestration felt lifeless.

As the titular water-nymph, with the rapturous ‘Song to the Moon’, Kristine Opolais offered one of her most polished performances. While her tone lacks the plush lyricism necessary to fully capture the character’s sylvan beauty, she managed to deliver the more gripping portions of the role with physical intensity and penetrating high notes. Her strong acting skills were put to good use portraying Rusalka’s increasing desperation in the human world, but Opolais struggled to establish any real chemistry with her Prince. 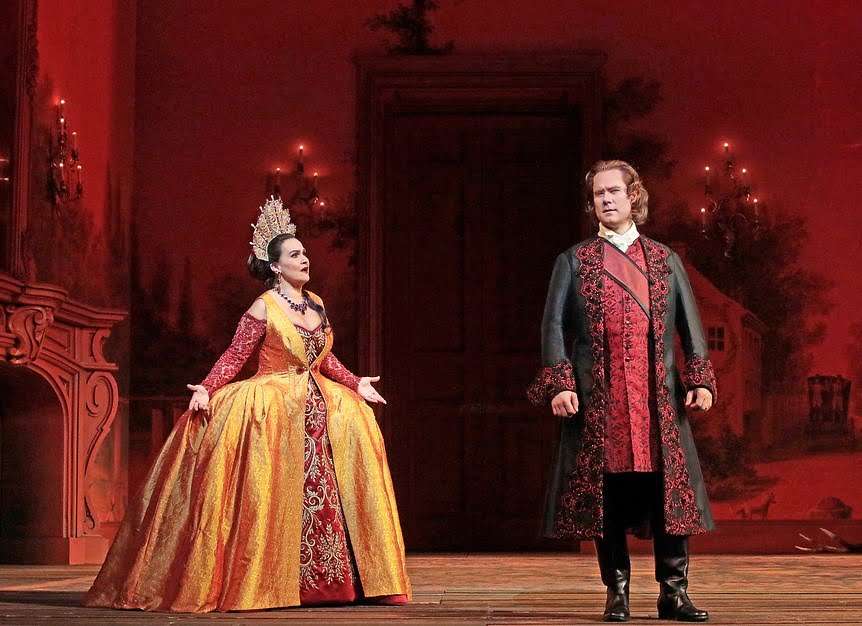 As the latter, Jovanovich’s virile timbre complemented his aggressive interpretation, but he routinely displayed thin, shaky singing at the top of his range. Furthermore, his unrefined portrayal made his declarations of love ring hollow. Jamie Barton’s devilish Ježibaba was the highlight. Surrounded by half-human/half-animal henchmen, Barton brought such electric charisma that it was hard not to find affection for the wily sorceress.

It’s possible that the performers will continue to find their legs, so to speak, but there is only so much that they can grow given this lackluster staging.