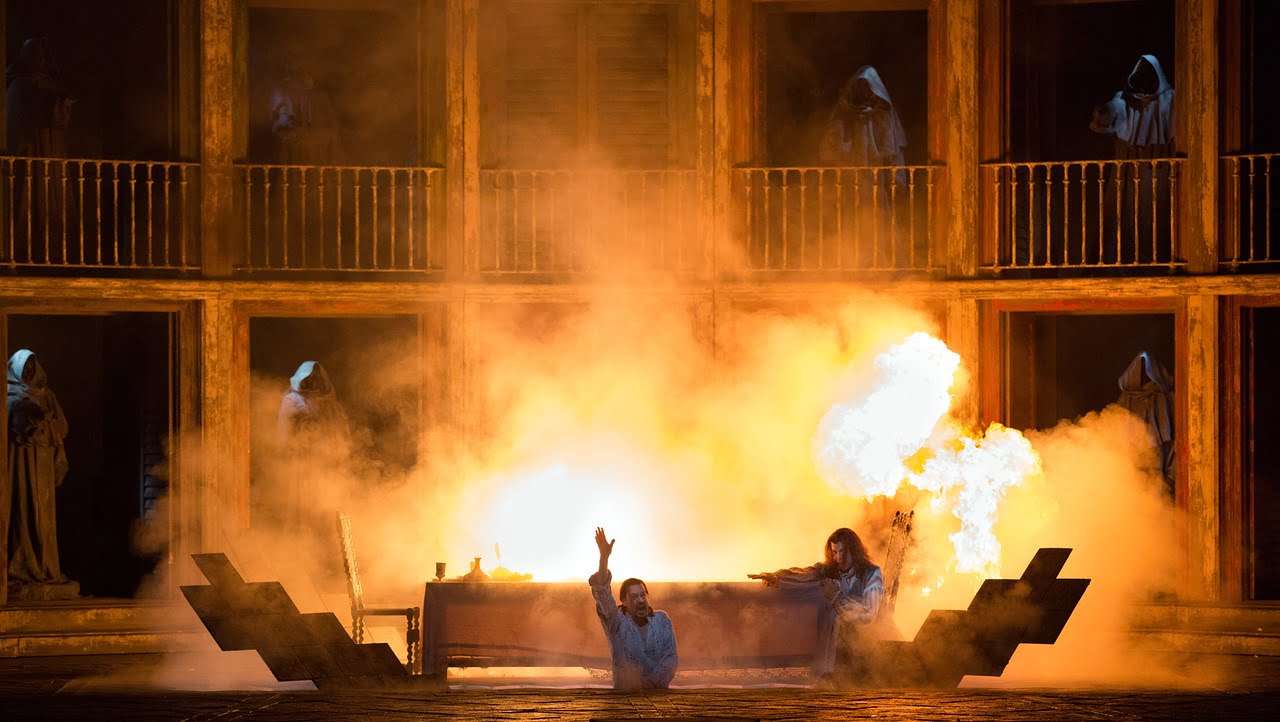 The Metropolitan Opera’s principal conductor Fabio Luisi has a masterful way of imbuing performances with incredible depth and nuance, and of drawing diversity of color from musicians; and the genius of Mozart’s sublime music combined with a refined structure, which make Don Giovanni one of the very few perfect operas, were evident. Luisi seamlessly married tragic and comic elements, and his handling of the face-off between the Don and the Commendatore was especially chilling and impactful.

Simon Keenlyside’s Don Giovanni arrives with long, greasy hair and a gaunt countenance, reflecting the toll taken by the infamous lover’s life of dissipation. His portrayal is in equal parts suave and unhinged, keeping us guessing as to what his next move might be. Keenlyside maintained a seductive, chocolaty tone and displayed dexterity and intelligence in recitatives. As the Don’s frustrated sidekick Leporello, Adam Plachetka brought a focused timbre that cut through the orchestral texture and resonated throughout the auditorium. His vocal flexibility and comic timing was particularly masterful. 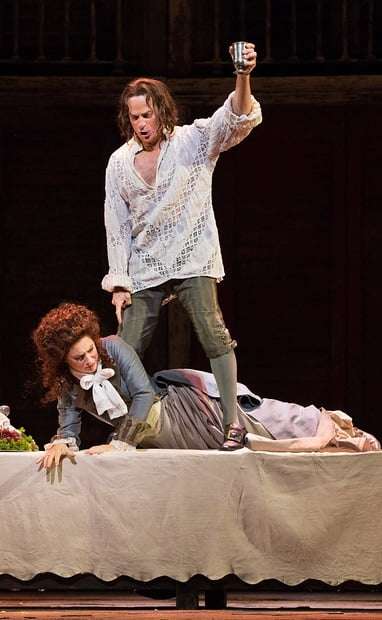 As Donna Anna, Hibla Gerzmava gave the most polished appearance, using her refined technique to sing with ease despite the role’s many challenges. Her top notes were round and secure, and she tossed off with aplomb the formidable coloratura codas of both of Donna’s arias.

As Zerlina, Serena Malfi’s robust heft and alluring earthiness successfully rendered the peasant bride’s sensual charm, but she struggled to reach the highest pitches of the flirtatious music. As her husband-to-be, Masetto, Matthew Rose brought a warm, ringing bass that endowed the sometimes oafish character with relatable humanity. Kwangchul Youn was a fearsome Commendatore, bringing gravitas to the powerful penultimate scene.

In Michael Grandage’s 2011 production, Christopher Oram’s towering set is comprised of imposing walls of windows and balconies that are often rearranged to conjure different locations, and his costumes effectively communicate individuals’ social status. This is an attractive staging, but Grandage’s underwhelming direction does little to mine the subtext of Lorenzo Da Ponte’s ingenious libretto or make bold choices. Still, as is often the case with masterpieces, the brilliance of Don Giovanni’s creators ensures that the opera retains the power to thrill and delight.