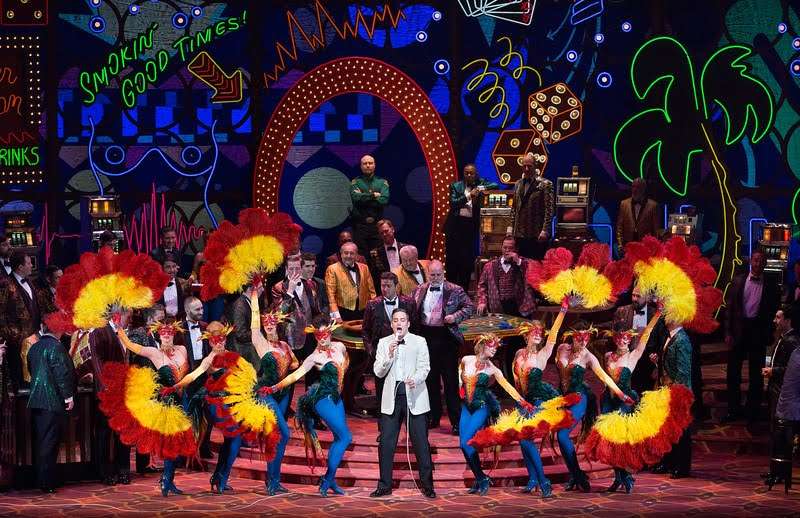 This Met revival of Michael Mayer’s 2013 production of Rigoletto features a cast of singers with years of experience in their roles.

Much of the musical success lies in the inventive conducting of Pier Giorgio Morandi, able to highlight the opera’s untamed, driving energy, bringing out novel color. The Act Three tempest crackled with intensity, driving rain and blinding lightning seeming to surge from the pit. Morandi also drew virile strength and crisp phrasing from the men of the Chorus.

Željko Lučić’s mastery of Rigoletto was evident from the way he toyed with every line, as if inventing on the spot, imbuing the character with heartfelt pathos, the singer’s brooding well-suited to the bitter nature jester, though he consistently sang high notes down a few steps to make them more manageable. 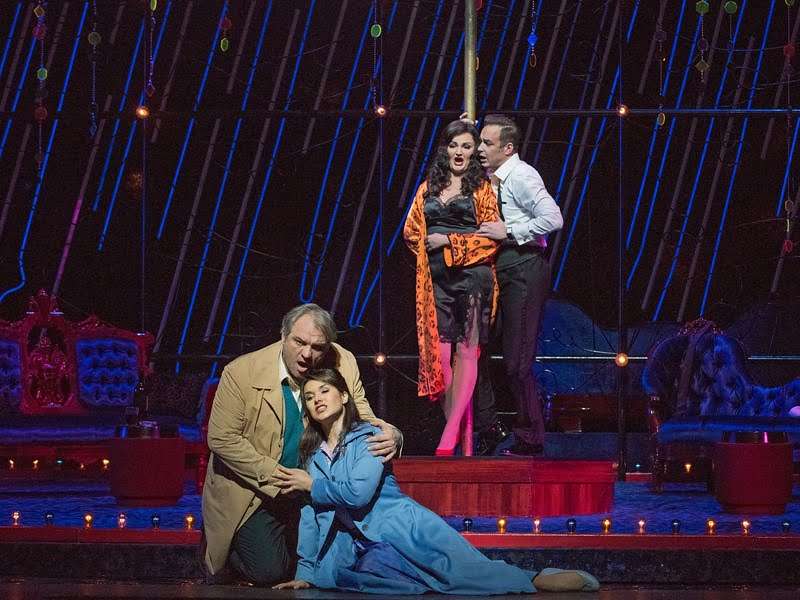 From the moment she skipped on sporting long curls and a beaming smile, Olga Peretyatko’s Gilda was entirely believable as a naïve, smitten-to-the-Duke teenager. Although her coloratura lacked shimmering clarity, Peretyatko spun meltingly beautiful melodies with tenderness. In Act Two, the duet with her distraught father was heartbreaking.

As the Duke of Mantua, Stephen Costello displayed a throbbing tenor that continues to grow in refinement and complexity. Although initially slightly labored early on, the top of his range soon blossomed into ringing fullness, and throughout, he maintained a natural quality in his singing, presenting the Duke as an unfeeling cad.

Andrea Mastroni made an auspicious debut as Sparafucile, his singing as resounding as it was velvety smooth, and as the assassin’s sister Maddalena, Oksana Volkova was intoxicating, part of a cast of powerhouses that brought the evening alive despite a drowsy staging.