The Orchestra of the Metropolitan Opera
James Conlon 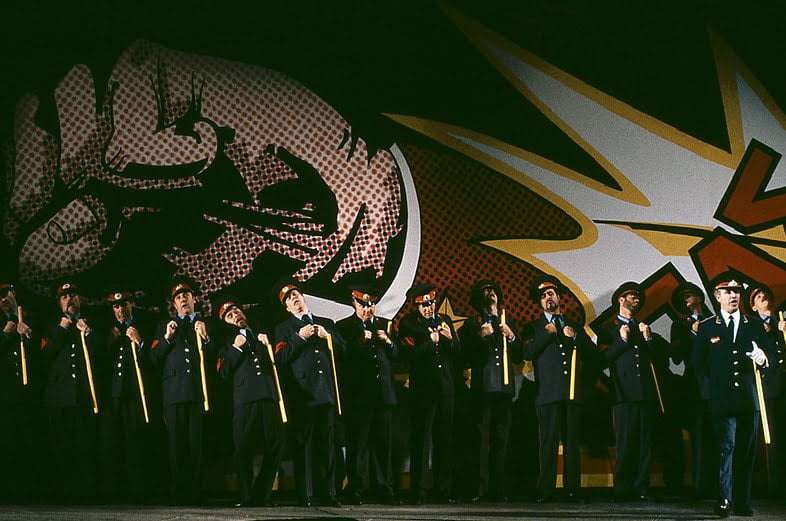 The Metropolitan Opera has returned Graham Vick’s production of Shostakovich’s Lady Macbeth of Mtsensk for six performances. James Conlon, who conducted its premiere run in 1994, led a marvelous first-night account of this colorful, sardonic and often whimsical score. (Valery Gergiev conducted the previous revival in 2000.)

The outstanding cast is headed by Eva-Maria Westbroek, with Brandon Jovanovich as her seducer and lover, Sergei, and Anatoli Kotscherga as her father-in-law Boris, the first of her three murder victims. Lady Macbeth of Mtsensk is (in)famous for having been savaged in Pravda as pretentious and bourgeois after Stalin and other Soviet dignitaries attended it. The anonymous editorial did not object to the sexual content, but rather to the music itself, attacking its dissonant, screaming and naturalistic panting and gasping. 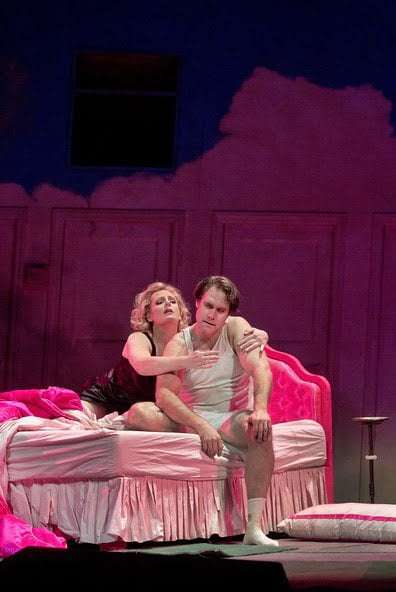 The opera focuses on Katerina, who is trapped in a loveless and childless marriage to provincial merchant Zinovy Ismailov, and is hounded and tormented by Boris. While her husband is away, the lonely Katerina succumbs to the advances of a handsome young worker, Sergei, who is then seized and brutally whipped by Boris as Katerina helplessly looks on. She takes her revenge by poisoning Boris’s food, and his dying accusation of murder is disbelieved by the local priest, who is taken in by Katerina’s feigned grief. The lovers resume their relationship, only to be discovered by Zinovy, whom Katerina strangles. They hide the corpse. Unfortunately for them the body is discovered, the police are called, and the two are arrested at their wedding feast. Now convicts being marched to Siberia, Sergei shamelessly tricks Katerina into giving him her stockings, which he uses to obtain the sexual favors of Sonyetka, another prisoner, who mocks Katerina. She drags Sonyetka with her into the river and they both drown.

Paul Brown’s surrealistic set serves as all of the story’s locales. A raked, rectangular platform is situated on a diagonal across the stage and bounded on two sides by walls painted sky-blue with puffy white clouds. The long wall is a series of doors (which at one point become shower stalls, replete with naked workmen), and the short partition is able to open wide enough for Zinovy’s red car and a bulldozer to drive onto the platform. Those vehicles, a television set and a refrigerator with an endless supply of bottled beer serve to place the action in the mid-twentieth century, as do Brown’s costume designs – most notably Katerina’s bright-yellow-print housedress.

Another piece of machinery is a large crane that dangles a net in which the helpless cook, Aksinya, is sexually assaulted by Sergei and the other workers, and it later suspends a huge wrecking ball that has crushed the car, and which still later becomes a spinning disco ball, reflecting flashes of light into the audience’s eyes, this coming after a stroboscopically lit entr’acte in which maids in blood-stained bridal gowns feign having sex with their vacuum cleaners – perhaps as imagined by the drunken peasant who had just discovered Zinovy’s corpse in the trunk of his car (not in the cellar as the libretto specifies). 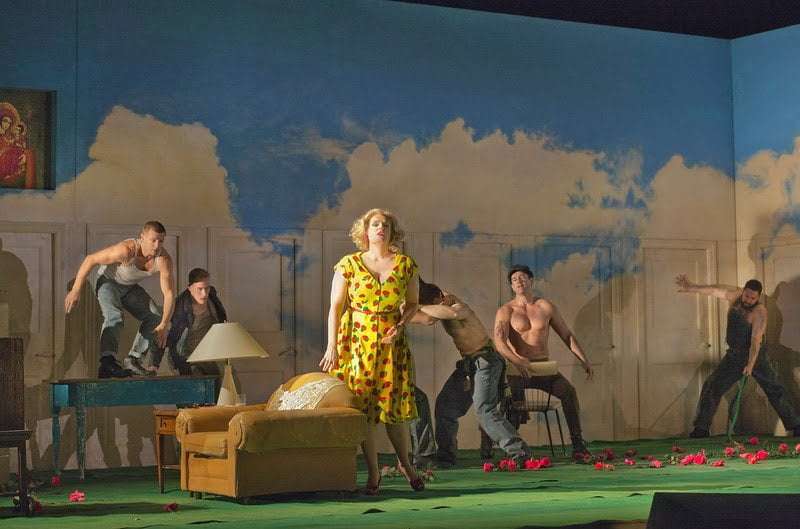 Is lighting designer Nick Chelton aware that such effects – particularly the stroboscopic ones – can trigger epileptic seizures and migraines? And why, in any event, does he make the audience physically uncomfortable during the entire wedding scene, distracting attention from the excellent Mikhail Kolelishvili as a tipsy Priest who climbs the wrecked car to congratulate the bride and groom? In the final Act, prison guards kick down all of the doors to indicate that the action has shifted from the Ismailov property to the banks of a river, and what had been Boris’s grave is re-opened to become a pit into which the convicts dump pails of sewage. In the opera’s final moments it is that pit that stands in for the river.

Vick’s clever transitions between scenes include acrobatic maids cavorting in Ron Howell’s choreography during two circus-like interludes, and having workmen carry Katerina’s red bed – and the two lovers – onto the stage exactly as they had borne Boris’s coffin a few moments earlier, depositing the pair side by side and neatly tucking them in. Vick stages the comedic setting in the police station as if performing The Pirates of Penzance, replete with goofy, baton-wielding policemen singing refrains as their commanding officer complains about being an officer. Indeed, if the MET titles had shown W. S. Gilbert’s lyrics to ‘A Policeman’s Lot Is Not a Happy One’, it would fit perfectly. Of course, not all of Vick’s staging is fanciful. We feel the anguish of Katerina, as well as the raw sexuality of Sergei’s seduction (or is it rape?) of her. Vick has the two coupling not only on the bed, but all around the room, as trombone glissandos portray the sexual act – and its aftermath. Nor is there any humor in the grim concluding scene in which the criminals face their bleak future.

Katerina is the only character whom the libretto and score imbue with subtlety and depth of feeling, and Westbroek took her on an emotional roller coaster – jaded, frightened, passionate, defiant, submissive, desperate and murderous. Westbroek’s singing and portrayal fully captured this wide gamut of emotions.

Jovanovich looked and acted just as the skirt-chasing hunk Sergei should. Better still, his tenor voice had a thrilling quality that made it seem natural for Katerina to yield to his brash and blatant advances. Sergei is a nasty piece of work, although not one-dimensional. He was convincingly passionate as seducer and lover, stoic in absorbing a severe lashing at Boris’s hands, shocked when Katerina strangles her husband, and then vindictive against Katerina.

Kotscherga was superb, his voice deeply resonant and his portrayal of the mean-spirited and lecherous Boris convincing enough as he tormented his daughter-in-law to make us nod in agreement when she calls him a rat. Equally well portrayed was his sadistic pleasure as he lashed Sergei. As much as one might sympathize with Katerina’s desire to be rid of Boris, it was still good to hear him sing again – appearing to Katerina as an apparition.

Others in the stellar cast made the most of their moments in what is a triumph for the entire company. James Conlon drew precise and animated playing from the Met Orchestra, bringing out the score’s wildly varying moods. The Met Chorus, prepared by Donald Palumbo, outdid itself.