Lehár
Die lustige Witwe – Operetta in three Acts with a libretto by Viktor Léon & Leo Stein based on the play L’Attaché d’Ambassade by Henri Meilhac [sung in an English translation, newly revised, by Jeremy Sams with English Met titles by Michael Panayos] 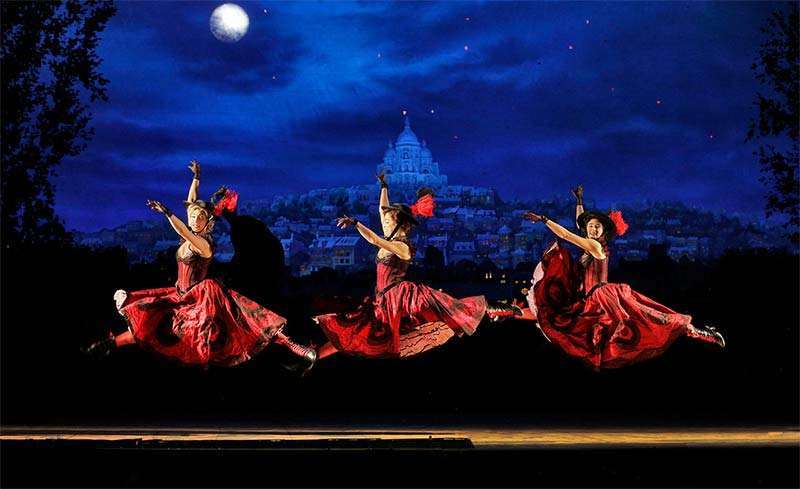 Susan Stroman’s production of Franz Lehár’s The Merry Widow is back at the Met, this time conducted by Fabio Luisi. Andrew Davis led the New Year’s Eve premiere and the initial run in January. Newly cast are the two romantic duos at the center of the plot – taken by Susan Graham and Rod Gilfry, and Andriana Chuchman (replacing the pregnant Danielle de Niese) and Stephen Costello – as well as Alan Opie.

Not surprisingly Stroman’s choreography figures prominently, each Act opening with an entertaining sequence: waltzes at the Pontevedrian Embassy, folk-dancing at Hanna’s party, and the Can-can-kicking grisettes who usher in the final Act as the set is spectacularly transformed to Maxim’s. William Ivey Long’s costumes and Julian Crouch’s sets are opulent, with the tree-framed garden particularly lovely as fireworks explode in the distance against the backdrop of Montmartre and the Sacré-Cœur basilica. The spoken dialogue was audible without being obviously amplified, thanks to Mark Grey’s excellent sound-design, but Jeremy Sams’s English-language translation is rarely clever and at times downright grating, as in the grisettes’ repetitious “tippy-tip” and “tippy-tap”. 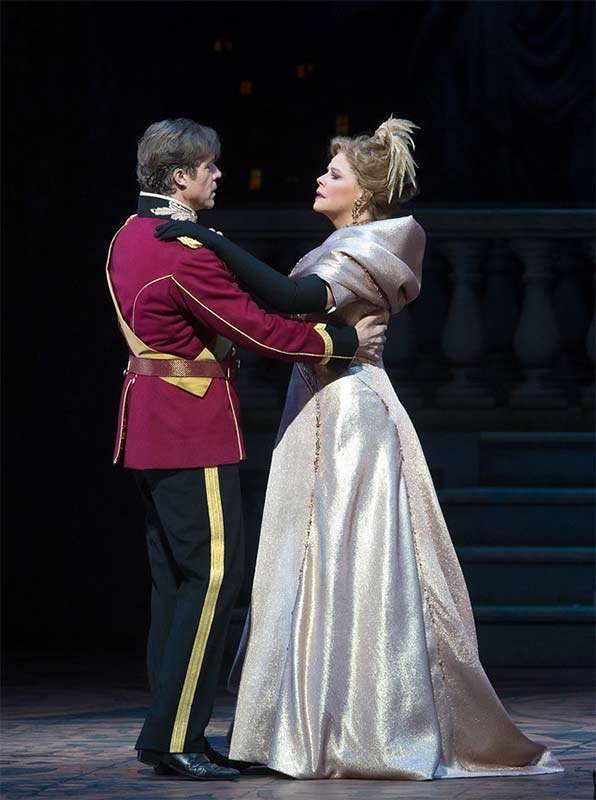 Although the cast sang and acted well, the performance got off to a slow start, perhaps because the returning ensemble had to brush away cobwebs from a three-month hiatus while integrating five new principals. But more likely it was simply Act One’s lack of sufficient action to sustain interest, owing to being weighed down by expository material needed for the more dynamic and entertaining Acts to follow.

After intermission, things came to life musically and dramatically. Stroman’s clever creation of traditional dances for a nonexistent country got the garden-party off to an exciting start, Susan Graham’s Hanna joining in and then giving a superb rendition of the ‘Vilja’ ballad. The male principals (including the marvelous comic actor Carson Elrod as Njegus) were quite humorous as they admitted their inability to figure women out – a problem faced by Danilo and Camille as their romances began to develop chemistry.

Fabio Luisi was a steady hand, conjuring lively and colorful sounds from the Met Orchestra, and all of those new to the cast gave fine performances. Graham commanded the stage, and Gilfry made Danilo, Hanna’s former lover and future husband, an increasingly endearing character. Chuchman and Costello sang beautifully as ardent lovers and she was impressive when joining the grisettes in Maxim’s. Much of the dialogue, including punch-lines, is given to Baron Zeta, excellently portrayed by Opie with keen comedic timing.