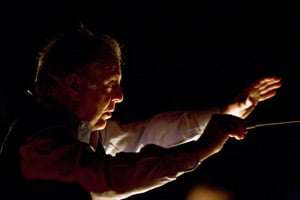 When it was announced at the second interval of this Metropolitan Opera performance of Wagner’s “Tristan und Isolde” that Swedish soprano Katarina Dalayman could not continue as Isolde in Act Three, my immediate reaction was, “It’s déjà vu all over again!” – an observation famously attributed to the former New York Yankee baseball great Yogi Berra (although he also has been quoted as saying that “I didn’t really say everything I said”). The mishaps that plagued last season’s revival of this 1999 Dieter Dorn production seem to be continuing as illnesses have again thrown spanners into the MET’s – and conductor Daniel Barenboim’s – carefully laid casting plans. Fortunately, there was no disaster on this occasion. Barenboim and the MET Orchestra continued their brilliant playing, German tenor Peter Seiffert gave an outstanding third act performance as Tristan, and American soprano Susan Foster (in her first MET appearance) did an able job of covering for the indisposed Dalayman, ending the evening on a positive note. 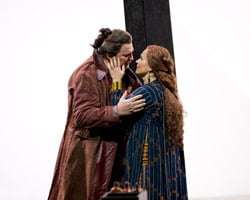 Last season, a succession of illnesses prevented the eagerly anticipated pairing of Ben Heppner and Deborah Voigt in the title roles from being realized until the closing performance. This time around, only in the first performance of the run will Seiffert and Dalayman have completed a full performance together. Seiffert missed the next two performances owing to illness, and was replaced by Gary Lehman (who also stood in for Heppner twice last season). When Seiffert returned, it was Dalayman who was missing, replaced by Waltraud Meier, who flew in from Munich for a single performance. Now, Dalayman has had to withdraw in mid-performance (as Voigt did once during last season’s run), and she will also miss the final performance of the current run, with soprano Linda Watson scheduled to sing Isolde in her stead. The final scorecard will read thus: four Tristans and two Isoldes in six performances last spring, and two Tristans and four Isoldes in six performances this fall.

The main attraction of this run was Barenboim’s long-overdue MET debut, for which ‘Tristan’ was a most appropriate choice. It was one of the first operas he conducted and has been a mainstay of his operatic repertory for thirty years, including productions at Deutsche Oper (Berlin), Bayreuth, La Scala and at his own Staatsoper Berlin. Moreover, most of the principals in the cast he assembled for the MET run had previously sung their roles under Barenboim’s direction. Conducting brilliantly from memory, Barenboim demonstrated his deep connection with Wagner’s score, both in his attention to subtle details and in his handling of larger-scale musical ideas. The performance reflected Barenboim’s belief that each of the three acts requires a different approach to Wagner’s music, ranging from discontinuity in the opening act to a continuous flow in the second and a series of repetitive motifs in the third. His superb rapport with all of the performers was evident, and the resulting music, especially from the orchestra, was quite magical. 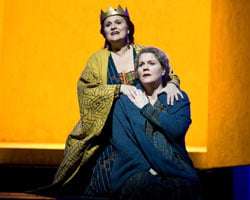 Dalayman’s Isolde was vocally and emotionally powerful, in her rage in Act one and in her passionate love for Tristan and her reckless disregard of Brangäne’s cautioning in Act Two. She appeared to be performing at full throttle in the first two acts, which are the most demanding for Isolde, and that effort, on the heels of her recent illness, apparently caused her to run out of steam. Susan Foster, who replaced Dalayman in the final act, was a somewhat heavier-voiced Isolde, with plenty of vocal power and a secure knowledge of the role, having performed it last season with James Conlon in Los Angeles and with Valéry Gergiev in St Petersburg. When the curtain came down after her moving ‘Liebestod’, Foster won cheers not only from an enthusiastic audience, but also from Barenboim and the rest of the cast. 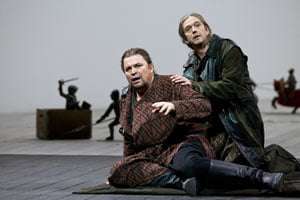 Seiffert, who cut an appropriately heroic figure as Tristan, seemed a bit tentative early in the performance, causing me to wonder whether he was still feeling the effects of his recent illness or whether he was cautiously reserving energy for Act Three, which is by far the most demanding for Tristan. Quite evidently, the latter alternative proved to be correct, as Seiffert brought enormous power to the mortally wounded Tristan’s delirious outpourings that dominate the opera’s final act.

American soprano Michelle DeYoung’s Brangäne remained the steadiest element amidst shifting casts. She was outstanding vocally, and her sympathetic characterisation of Brangäne continues to grow richer and deeper. South Korean bass Kwangchul Youn gave an excellent performance as König Marke (a role he shared with René Pape in the current run). His voice resonated with a majestic tone that conveyed the king’s authority and humanity, and the depth of his pain at Tristan’s betrayal was quite convincingly portrayed. German bass-baritone Gerd Grochowski, making his MET debut in this run, was a steady Kurwenal, and American baritone Stephen Gaertner was a fine Melot. Three more American singers rounded out the cast – tenor Mark Schowalter as the shepherd, bass-baritone James Courtney as the steersman, and tenor Matthew Plenk as the sailor’s voice – all of whom gave solid performances.

I found Dieter Dorn’s production to be growing more pleasing with repeated viewings – particularly since the bright red lighting effect as Tristan and Isolde drink the love potion that I (and virtually everyone else in the audience) found to be jarring and laughable in last season’s first performance has been eliminated in favour of bathing the stage with bright white light. Even the miniature figures scattered about the stage in Act Three seemed less distracting this time around.

Although my expectation of an untroubled performance was not fulfilled, spending an evening awash in one of Wagner’s greatest scores was still highly pleasurable. I wish good health to whomever may be cast in the MET’s next ‘Tristan’ revival, and hope that it will not be too far off.