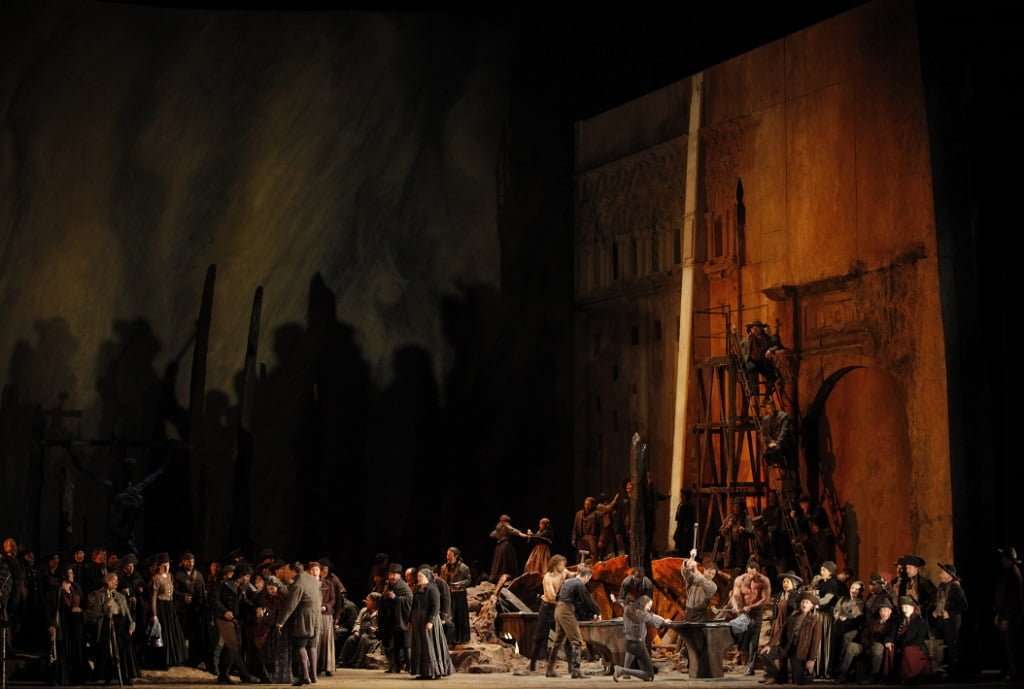 “You threw your baby into the fire! Then who am I?” exclaims Manrico in a dramatic scene from Il trovatore, an absolute whirlwind of an evening. On paper the Metropolitan’s new iteration of the Verdi classic seems odd for one inescapable reason. Featuring three acknowledged stars of the opera firmament (Anna Netrebko, Dolora Zajick and Dmitri Hvorostovsky), the title role is manned by a virtual unknown (although he will be replaced later by Marcello Giordani). Thus Yonghoon Lee is a fitting place to start.

‘Di quella pira’, whose famous high C was not written by Verdi, but rather inserted by tenors almost since its premiere in 1853, seemed a little underpowered for an older crowd accustomed to Domingo and Pavarotti. Lee, erring on the side of caution, wisely eliminated the high note from his rendition and provided instead a solid, if ultimately overmatched performance. 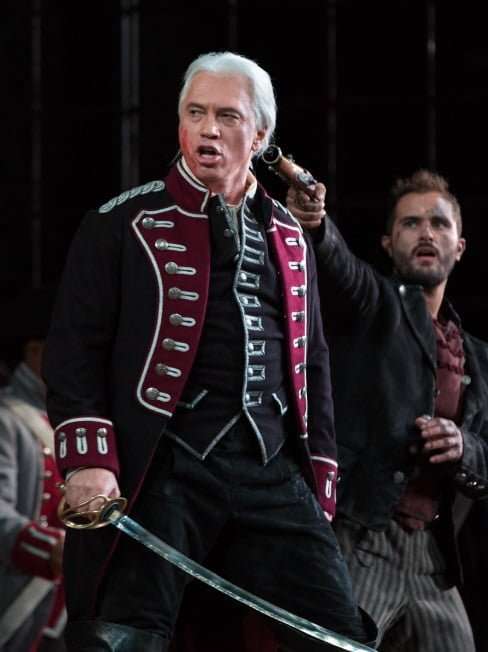 He was further challenged by being sandwiched between two contrasting female stars. It is difficult to imagine anyone other than Dolora Zajick as Azucena, as she has been projecting the part exceptionally for decades. She simply owns the role of Azucena (as well as that of Ježibaba in Rusalka) and shows no sign of wear on her marvelous deep mezzo voice. Absolutely relishing in her outsider role, she vividly brings incisive focus to the slightly off-center universe that is Il trovatore. Her ‘Stride la vampa’ carries with it an air of power and authenticity.

Contrast this to the Leonora of Anna Netrebko, who has been singing the role for a couple of years in Europe. She has spent the last few seasons exploring the big Verdi soprano roles. She was superb as Gilda at the Met, especially effective as an actress. Last year her Lady Macbeth was impressive if a bit overshadowed and subdued. Now, as Leonora, she has seen fit to project her solos as independent examples of power and beauty, freezing the action of the ludicrous plot in order to create shining moments. Her ‘D’amor sull’alli rosee’ was breathtaking, leading to a solemn ‘Miserere’ dominated by the superb Met Chorus.

The big story of the night was the appearance of Dmitri Hvorostovsky, who had been diagnosed with a brain tumor and canceled all of his summer performances. The ovation that he received was ended only after he finally stopped it by raising his arms and gesturing for quiet. Scheduled here for the first three performances in this fall run, he exhibited no signs whatsoever of distress or deterioration. On the contrary, he was in excellent voice, although his breathing pattern may have been just a bit less adventurous than in the past (I once wrote of him as Rodrigo in Don Carlo that he had already breathed in the limousine on the way to the opera house and therefore had no need to inhale again). His ‘Il balen del suo sorriso’, just about the only aria in this whole opera in a major key, engendered a huge audience response (there was a lot of applause this night). Throughout, Marco Armiliato relegated the orchestra to an accompaniment role; in this particular case, a musically correct decision.

When the Marx Brothers were about to make their first film for MGM, they met with Irving Thalberg who suggested that A Night at the Opera would be a lot funnier if they tried out the show on the stage. After a successful tour they came back to Hollywood and made arguably their finest movie. Thalberg, an entertainment savant, sparked the creation of this masterpiece, realizing that Il trovatore is that most organic of operas, where story lines and characterizations are irrelevant – élan and energy are all (and Harpo’s mugs in the ‘Anvil Chorus’ are priceless). This Met effort was indeed an electric evening where even its flaws of narrative seemed acceptable.

Lastly, as far as the production is concerned, if the Met ever decides to mount a revival of Goyescas, the sets are already built.