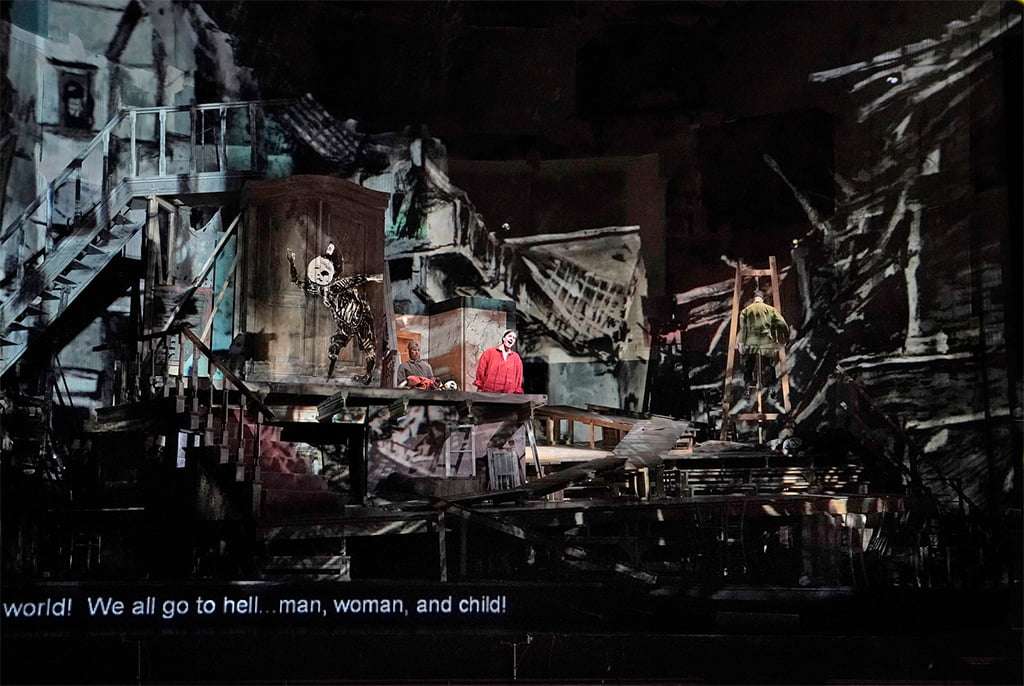 Alban Berg’s Expressionist masterpiece, Wozzeck, takes over the Metropolitan Opera stage in this co-production of The Met, the Salzburg Festival, Opera Australia and the Canadian Opera Company. William Kentridge’s unconventional, multi-layered staging, which had its premiere at the 2017 Salzburg Festival, places the action in the militarized zone of Flanders in the lead-up to the First World War and takes Berg’s own distressing experience in the Austro-Hungarian army into account. It is relentlessly grim.

A huge, multipurpose set serves for every location in the libretto: the army barracks where the Captain taunts Wozzeck about his illegitimate child; the countryside where the abused soldier is haunted by visions; the squalid room he shares with his lover, Marie; the Doctor’s study where he is paid to be a human guinea-pig; the moon-lit woods where he and Marie come to their end. The stage is overloaded with blasted objects strewn over and about the entire playing area. Dark, gruesome pictures of destruction – drawings and photos of maimed bodies, scorched forests, bombed villages, gas masks, crutches, exploding grenades – flash on and off the back wall, while the grainy and spotted projected images of a silent film offer a simultaneous, often ambiguous commentary on the action. 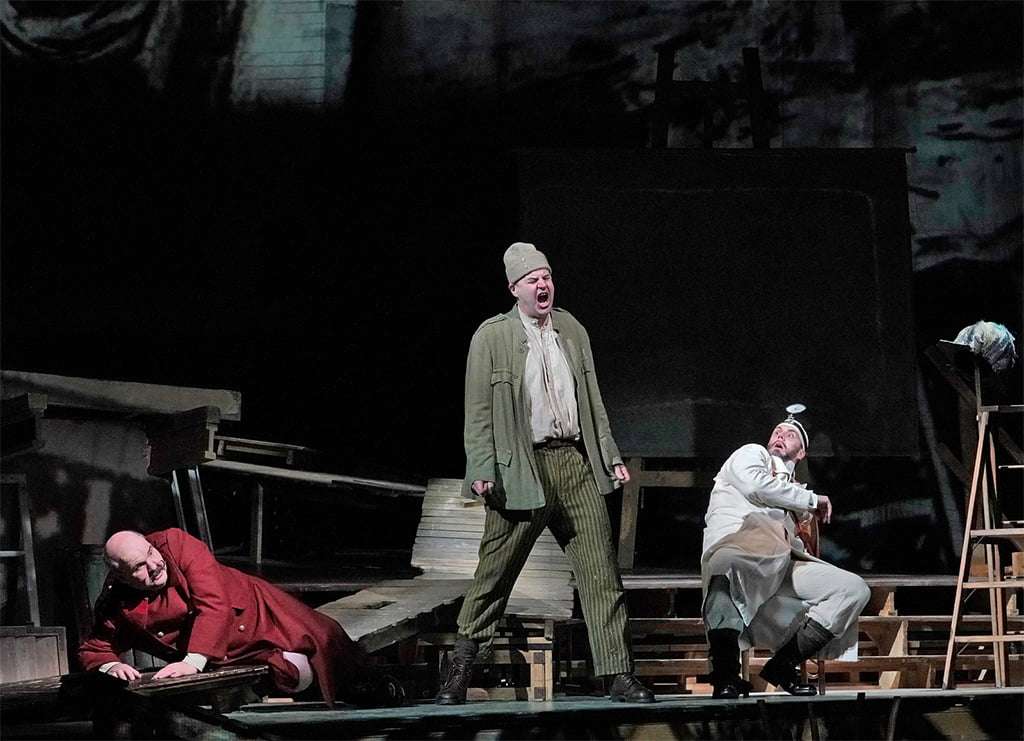 With less talented singers, this barrage of images could easily overshadow the performers. But the members of the Met’s all-star cast each make a distinct and lasting impression, both vocally and dramatically. Peter Mattei, in his role debut as Franz Wozzeck, the mild and simple-minded soldier, bullied and battered by life, who is driven to murder his common-law wife after she has been seduced by his Drum Major, is deeply affecting. His meticulously accurate and lyrical baritone makes the browbeaten squaddie appear unusually – but also appealingly – mild and unassuming.

Also making a role debut, Elza van den Heever as the neglected and desperate Marie is frequently required to interact with a less-than-totally-receptive scene partner – a wooden puppet (wearing a gas mask) that represents her child. Even so, she proves herself to be a superb singer-actor, using her plush, dramatic soprano to fine effect to reveal the character’s many contradictions and complexities in perfectly-tuned Bergian vocal style. 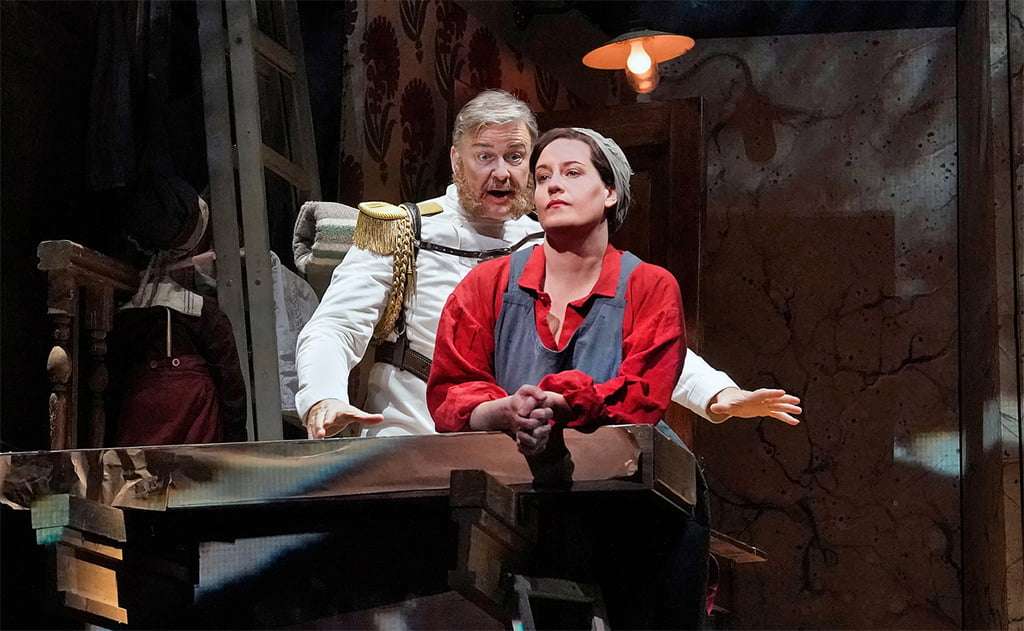 Among the other members of the flawless and confident cast, Gerhard Siegel, with his piercing tenor and formidable stage presence, gives a stand-out performance as the moralizing and pushy Captain. Bass-baritone Christian Van Horn is perfectly comic and creepy as the Doctor, and tenor Christopher Ventris is appropriately cartoonish as the swaggering Drum Major. Andrew Staples, making his company debut as Wozzeck’s fellow soldier and only friend, displays a strong and vibrant tenor.

All these fine singers are inspired and more than ably supported by the luminous and lucid playing of the orchestra. Conducted with painstaking precision by Music Director Yannick Nézet-Séguin, the Met players bring out all the fine details of Berg’s dark, beautiful and heavily atmospheric music, without ever losing the sense of the masterful score as a whole. Together with Kentridge’s intensely felt vision of Berg’s masterful stage work, the orchestral and vocal forces deliver a completely enthralling and moving operatic experience.