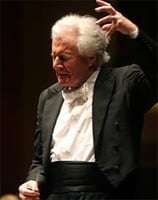 It seemed rather early for Sir Colin Davis to be returning to Enigma Variations having performed the work on 6 and 7 January – the basis of the subsequent LSO Live recording – but this current account leapt to the top. An organ – ad lib in the score – was now added, albeit it was electronic (more a synthesiser) and with very little sound or presence, and was just as inaudible as the timpani-created ship’s paddles in Variation XIII. These were the only miscalculations in a glorious performance that was spontaneous and lightly characterised, lilting and generous, the early Variations leading to ‘Nimrod’ – deeply eloquent and perfectly timed in climactic growth, the LSO’s strings opening out wonderfully, and during which someone was noisily attempting to open some packaging (… oh, for a poisoned dart!) – and the subsequent ones charting to Elgar’s self-portrait that closes the work stealthily and nobly (Davis found both qualities) and emblazoned here with a considerable tingle-factor. Tim Hugh (cello) and Andrew Marriner (clarinet) contributed wonderful solos. We may be in the Gergiev era but Davis remains the ‘top man’ for LSO concerts!

Beginning the concert was the twelfth of eighteen UBS commissions from young UK-based composers (usually premiered under clandestine circumstances). Martin Suckling’s The Moon, the moon! (taken from Edward Lear’s “The Owl and the Pussycat”) proved to be one of the best so far, sustaining well its eight minutes and suggesting it could have been longer to advantage. The piece’s initiation seems to be the tradition of “line singing”, the congregational realising of psalms in which the participants blur the line through individual responses. Quite how this translates into Suckling’s score isn’t quite clear, although it was perfectly possible to discern a line and shifts from it. It is an impressively sonic piece, very well orchestrated, that reminded of Mark-Anthony Turnage in its punchy and vibrant sections and Peter Maxwell Davies in the evocative quieter moments that suggested runes found on the Orkneys (Suckling is Scottish). Music to hear again. Michael Francis conducted capably and then joined the LSO’s double basses. 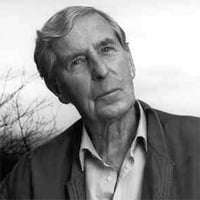 The Tippett was given its second performance in three days – the latest taping for LSO Live. Colin Davis has been a doughty champion of Michael Tippett’s music and his returning to “A Child of Our Time” – with its universal themes – makes perfect sense (but what chance of him revisiting Tippett’s four symphonies for LSO Live?). This great work, cast in the mould of an oratorio by Bach and Handel, and written with an incision worthy of Stravinsky, deals with man’s inhumanity to man, touches nerves and asks questions. 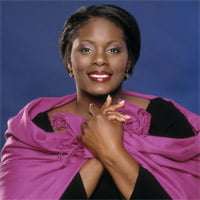 This performance, under Davis’s compelling direction, got under the skin of Tippett’s direct humanity. With chorus and orchestra on top form, Davis’s passionate involvement (and appreciation of Tippett’s individuality) was always apparent. What was less certain was the contribution of the soloists, all but one not quite involved enough, although Matthew Rose’s enunciation was exemplary and his dispassionate stance can perhaps be understood given the bass’s role as Narrator. Nevertheless one wondered about Robert Lloyd taking the part and about Philip Langridge being the tenor. Mihoko Fujimura was exacting of words and rhythms but ‘as learnt’ rather than as ‘lived in’. Take her score away and she would have stopped singing, whereas Indra Thomas was wonderfully communicative, hardly looked at her copy, and even intakes of breath meant something.

Tippett’s stroke of genius was to include a selection of Spirituals. Davis gave them an unaffected slant, true to themselves, with no lack of venom in ‘A Spiritual of Anger’ (at this point the conductor parted company with his baton, which was deftly recovered by leader Gordan Nikolitch!) and saving the most emotional response for the final one, a devastating plea, that opens up a chasm of uncertainty at the close, silence properly respected.