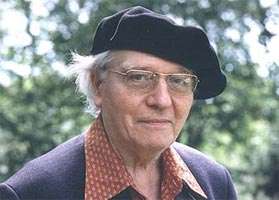 The Southbank Centre’s tribute to Olivier Messiaen (1908-1992) in his centenary year continued with this the first of five concerts featuring the Philharmonia Orchestra. Esa-Pekka Salonen, who becomes the Orchestra’s Principal Conductor and Artistic Advisor in September, led a hugely absorbing and committed performance. Whether you are a friend or foe of Messiaen’s music or are very choosy from it (my position) or ambivalent, the 10-movement, 75-minute Turangalîla-symphonie is a remarkably inventive orchestral showpiece, a powerful explosion of rhythm, richly evocative and a riot of colour.

A symphony in the loosest sense – although this performance was particularly revealing of Messiaen’s cyclical use of motifs – the orchestra used is large and particularly extensive in percussion (enough for ten players), no timpani mind, if not excessively-demanding in winds and brass. Composed between October 1945 and November 1948, to a commission from Serge Koussevitzky, the first performances were given in December 1949 by the Boston Symphony Orchestra conducted by Leonard Bernstein (who, as far as I know, did not return to the work after the Boston and New York launches). 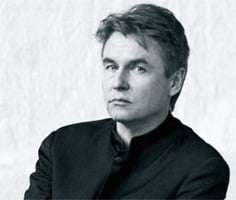 Turangalîla is utterly distinguishable in its sound, aided by the sometimes-palling ondes Martenot (an electronic instrument courtesy of Maurice Martenot, a radio telegrapher and cellist) that radiates low to high pitches that might be heard as goofy, B-movie-accompanying or a cue for the sinister machinations of a Vincent Price-portrayed character. On this occasion, Cynthia Millar, long associated with the instrument and performances of Turangalîla, was exacting in her tones, although loudness (through four speakers) did seem over-dominant, even dwarfing of the orchestra.

Mention must be made of Lindsay Bridgewater’s always-audible playing of the Keyed Glockenspiel and – uppermost – Pierre-Laurent Aimard’s stunning assumption of the piano part, played from memory, with devotional musicianship whether playing ‘orchestral’ or ‘solo’. Otherwise it was the Philharmonia’s show. Although Salonen has been a regular since 1983, the Orchestra was here in prime form and played with incision, concentration and detail from the off and didn’t let up in either rhythmic tenacity or sweetness of expression.

The ondes ‘problem’ aside, balance was impeccable (especially regarding solo lines against complex tuttis), dynamics were ear-catching and there was a musical clarity to the performance that never compromised the “song of love” that Messiaen declared Turangalîla to be. Indeed there was an urgency to this reading that was wonderfully poised as music-making and between the various ‘states’ of the invention (be it volcanic, exotic, erotic, languorous, witty, ecstatic, quirky, naïve…) but which avoided the stasis that some accounts fall into. Indeed it was a scintillating and moving performance that culminated in a huge crescendo and a very-long-held resounding fortissimo.