The Pirates of Penzance – Operetta in two acts with music by Sir Arthur Sullivan to words by W. S. Gilbert 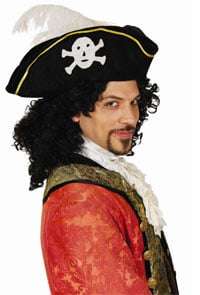 “Hail, hail, the gang’s all here!” They certainly were for this splendid performance of Gilbert & Sullivan’s ever-popular operetta, The Pirates of Penzance. This popular refrain does not appear in the libretto – it first appeared in 1915 in the song Alabama Jubilee – but the tune to which these words are sung is from Sullivan’s Pirates score and has become a well-known cheer. In Pirates, Gilbert’s words are “Come, friends, who plough the sea” – more in keeping with the storyline. No matter; for those who embrace G & S probably relish revisions in the text often made to connect with today’s audiences – here to “Homeland Security” instead of “Custom House”, “occupying Wall Street” and “corporate bailout”, even if any inferential relation to the plot would be a huge stretch.

The New York Gilbert & Sullivan Players has become a mainstay for New York audiences since 1974. Symphony Space’s modest size suits the company, enabling even a light voice to be heard throughout the auditorium and to project with clarity the textual intricacies of Gilbert’s subtle (or not so subtle) witticisms. Although the stage is rather small for both cast and orchestra (its twenty-five members stationed stage-right: the cast principals sometimes engaged in repartee with the musicians and the conductor), the performers negotiated well the cramped conditions and clunky replication of a rocky seacoast admirably.

Pirates is played so frequently these days, including Broadway, that it has achieved equal status with the most popular of G & S’s operettas, The Mikado and H.M.S. Pinafore. Typical of Gilbert’s inane plots, which gave him ample opportunity for deliciously wry humor, the tale takes place on the Cornwall coast where a rather benign, if not timorous gang of pirates is celebrating the birthday of their twenty-one-year-old apprentice, Frederic, who surprises them by announcing that, as his indentures have ended, he is quitting their band. As an impressionable boy he succumbed to the robust charms of the pirate maid, Ruth; but having reached manhood he falls head-over-heels in love with Mabel, one of the beautiful daughters of Major-General Stanley who have come to frolic on the secluded rocky seacoast. The pirates return and seize the girls, intending to marry them at once, but to thwart their plan the Major-General plays upon their uncharacteristic sympathies by telling them a falsehood, that he is an orphan. Because the pirates are all orphans themselves, the Pirate King, played with bravado by David Wannen, agrees to forego their matrimonial plans. 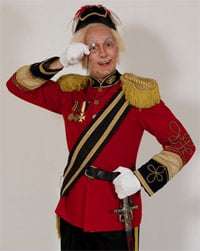 But it is soon revealed that Frederic – sung by Paul Betz with just the right touch of naivety – was born on February 29 in a leap year so that only five birthdays have passed, and that he is duty-bound to remain indentured to the pirates for virtually his entire life! Frederic discloses the Major-General’s mendacity to the Pirate King, who storms off threatening revenge. Stanley engages the police to apprehend the pirates, but the constabularies are even more timid than their adversaries. They succeed only by invoking the name of Queen Victoria, causing the pirates, ex-noblemen all, to surrender and return to civilization. When the Major-General learns that they are of noble birth, he consents to their marrying his daughters.

All sang well, especially the lovely Sarah Caldwell Smith who has undertaken many roles for the Players. She had secure and ringing top notes and her agile vocalism was engaging. Her florid treatment of Mabel’s ‘Poor wand’ring one’ was sheer magic. Also impressive vocally were Angela Christine Smith as Ruth, and David Wannen, both company veterans. Lyric tenor Paul Betz was in fine voice; his duet with Sarah Caldwell Smith, ‘Did ever maiden wake’, sung against the chattering chorus ‘How beautifully blue the sky’, was the highpoint of Act One. Tall, lanky and remarkably agile, David Auxier added his own brand of vaudevillian humor to the Sergeant of Police in the hilarious ‘When a felon’s not engaged in his employment’.

The evening belonged to James Mills, an outrageously flamboyant Major-General whose rapid annunciation of the tongue-twisting witty text of ‘I am the very model of a modern Major-General’ brought the house down. Mills’s campy treatment of the role may have been somewhat over-the-top, forcing quips to become sheer absurdity – dressing him in puppy slippers and barber-pole striped leggings for his entrance in Act Two, after having been awakened from his slumbers by the raucous pirates and police, was so hilarious that its outrageousness mattered little.

The orchestra overcame some intonation and ensemble problems to provide lively accompaniment under the Players’ founder Albert Bergeret, who has been staging G & S for more than forty years. The audience appreciated the efforts of all.