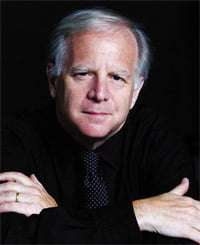 This concert threw a spotlight onto the ever-changing character and disposition of conductors. When Hans von Bülow was in charge of the Meiningen Court Orchestra – and ‘in charge’ doesn’t come close to representing that particular tyrant’s contempt for democracy – he would require the doors of the hall to be barred before he walked to the podium. On those occasions when stragglers managed to get in after his arrival, he would reap terrible revenge. On at least one occasion he repeated Beethoven’s Ninth Symphony because a single member of the audience had insisted on taking her seat in the middle of the stalls during the opening sextuplets. When performing as a pianist he would adapt his tempo to the step of the straggler, before re-starting the concert.

Here Leonard Slatkin stared down paternally from the podium as a group of wilfully inconsiderate audience members thought to make their way to their seats while he stood with his baton raised waiting to bring ‘Mars’ to life. After almost a minute’s shuffling Slatkin made light of the farrago by pretending to re-organise the party of idiots, so wrecking totally the mood of what is, after all, a movement inspired by the god of War. Slatkin’s good nature yielded few positives, either in ‘Mars’ or the remaining six movements of Holst’s masterpiece.

This was English introspection by way of Hollywood flamboyance, and despite a remarkable degree of control from both the podium and the orchestra, Slatkin insisted on pulling at the structure of the score, allowing tension to slide at phrase ends, indulging unmarked ritenutos, and fostering generally too much light and air from music that is, for much of the time, intensely claustrophobic. The playing was exceptional throughout, with the brass revealing uncharacteristic (for London at least) restraint. The audience again took centre-stage, with generous clapping after most movements. 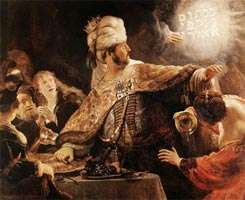 Where Slatkin shone, in tandem with the orchestra, was throughout his supremely focussed interpretation of “Belshazzar’s Feast”. Clearly, Slatkin’s affinity for 20th-century music, not least jazz, drew him to the drilled counterpoint and syncopation of Walton’s manic score, and the precision of the writing was much better served than one might have expected within such a cavernous acoustic.

Thomas Allen was lighter of voice than one might have liked, although his diction was exemplary, and the members of the London Symphony and Brighton Festival choruses gave their all to the arduous writing. “Slain” was never more punctuated, and it was notable – and commendable – that Slatkin took to conducting the audience as well. The early temptation to clap everything was confronted ultimately by Slatkin’s raised left hand, which rendered the final bars absurd, as he was required to control not only the vast forces before him, but the audience behind him, whom Slatkin had cause to suspect didn’t know which of the final chords was the final chord. He didn’t repeat the performance a la Bülow, but had he done so few outside the orchestra and chorus would have had reason to complain.

Readers are urged strongly to attend the RPO’s performance of Elgar’s “The Dream of Gerontius” on 18 November in the Royal Albert Hall; and for anyone so equipped this Slatkin concert will be made available on iTunes from 13 November.