“Death of Nostalgia” was the somewhat ominous title for this concert of music (and poetry) from around the First World War – anticipating the deluge of events that can doubtless be expected to mark its centenary in just a over a year’s time, while also reminding one that the legacy of war is something that can never be escaped though just possibly transcended. 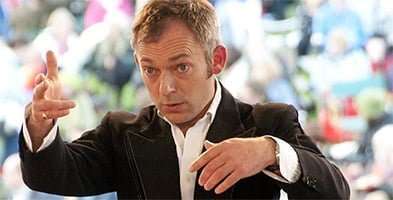 The programme began with Holst’s A Somerset Rhapsody (1907), not an evocation of war as such (though the Boer War ended less than a decade before) but of that interaction between natural and human environments as reflected in the folksongs which the composer interweaves in an eventful medley. Charles Hazlewood brought out the underlying melancholy that persists in even its more rumbustious passages, and secured a deft falling away of activity towards its pensive close.

Whereas Holst’s piece is only rarely revived, George Butterworth’s A Shropshire Lad (1912) has maintained a presence in the repertoire (albeit in the UK). Understandably so, as its formal ingenuity and unaffected eloquence leave an indelible impression – not least in this performance, which lacked only the last degree of fervency in the central climax and was at its best in the distant (tonally but also emotionally) passages which frame the whole: the composer’s inspiration in Housman’s poetry distilled to its essence in music speaking of absence and loss in the most poignant terms.

Unlike his near-contemporary, Julius Harrison survived the war and then graced the British music scene for over half a century. Few of his works are heard now, but the Worcestershire Suite (1918) was a popular success from the outset and its inclusion could not have been more welcome. The lively jig-based ideas of ‘The Shrawley Round’ and ‘The Ledbury Parson’ are light music of a high order, while the wistful expression of ‘Redstone Rock’ and sensuous aura of ‘Pershore Plums’ touch on altogether subtler emotions which were much in evidence here – the BBC Concert Orchestra responding in these latter pieces with a tonal warmth that enhanced their sophisticated orchestration. 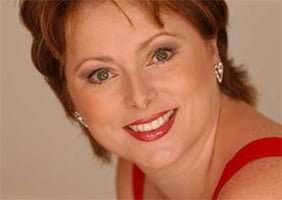 After the interval came Ralph Vaughan Williams’s A Pastoral Symphony (1921). While Hazlewood was wrong in describing this as the composer’s least-heard symphony (which is surely the Eighth), his emphasising of its elusiveness was as unarguable as making it the culmination of this concert. The performance was fine if not exceptional – at its best in an opening movement that unfolded as an unbroken flow of ideas in constant transformation, and whose covert emotion was made explicit in the second movement with its sense of desolation coming into acute focus at the sounding of a ‘Last Post’ bugle call; ably and (mostly) securely rendered on a valve-less trumpet as the composer requested (a pity, even so, if this necessitated the ‘tuning-up’ that ensued). The third movement had the requisite impetus, but the tempo was a little hasty for its forceful gait fully to register (the Pesante marking is crucial here) while this, in turn, lessened contrast with a whimsical coda which brings the work’s only really fast music. As to the finale, this emerged as overly piecemeal – the remote outer sections not helped by muffling the offstage soprano (though Rebecca Evans sang ably enough), with progress to its impassioned culmination such that the latter felt moving though hardly cathartic. Some fine playing from the BBCCO, but an account which was no more than the sum of its best parts.

It would have helped had the selection of war poetry – clearly and unsentimentally, if at times a little prosaically spoken by Laurence Fox – been largely kept for the first half (preceding each of the three pieces), leaving Rupert Brooke’s lengthy The Great Lover to preface the Vaughan Williams rather than interspersing poetry between its four movements, which had the effect of turning the Symphony into a suite and disrupting the subtle yet entirely audible connections between them – and in any case the last two should be played attacca.