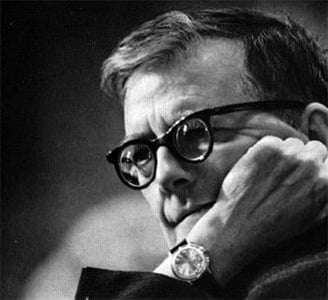 Fifty or so years ago, I vividly recall Shostakovich coming hesitantly onto Edinburgh’s Usher Hall stage after an early performance of his First Cello Concerto and peering short-sightedly up at us through those trademark thick glasses, his sense of fear tangible. Doubtless members of the KGB were observing in the wings.

Around twenty years earlier, and first-performed in December 1941, World War Two raging, Shostakovich had composed the ‘Leningrad’ Symphony, about which there has been a great deal of ill-informed speculation by commentators who know little or nothing of history, although conjecture about some of Shostakovich’s oeuvre – the relationship between the contrasting public and private worlds of the symphonies and the string quartets – is fully justified. However, as Orlando Figes’s brief but authoritative talk on the Siege of Leningrad made clear, the all-embracing magnitude and sheer horror of its 900 days in which it is conservatively estimated that 1.5 million people died, mainly of starvation, lay squarely behind this musical howl of defiance. Figes understated reading of an excerpt from a young girl’s diary drily recording the dates of the deaths of nearly all her close relatives still has the power to shock. Shostakovich’s Seventh Symphony has nothing to do with any private agenda and everything to do with shared suffering and shared humanity. 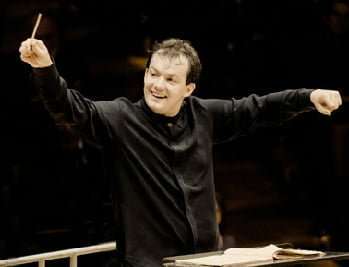 There is however a long tradition of biting political satire in Russian life – think Gogol or Shostakovich’s own Lady Macbeth of Mtsensk – and, especially after having endured a near artistic crucifixion during the 1930s, it is not inconceivable that in this great seemingly patriotic Symphony, Shostakovich might have been nailing two totalitarian dictators, Hitler and Stalin. However, what gives this music its power and universal appeal is its trajectory from darkness to light, from tragedy to triumph.

Although the CBSO and Andris Nelsons had played the ‘Leningrad’ Symphony in London as recently as during last year’s BBC Proms season, it was still an awe-inspiring experience to hear an orchestra giving its all. The chemistry between Nelsons and the CBSO is palpable and the quality of playing in all sections, especially that of the strings, is now a notch above that achieved even in Simon Rattle’s days, although Sakari Oramo, a string-player, has not perhaps been given his due in this aspect of the CBSO’s development.

In interpretative terms one could find fault with Nelsons’s tendency to rush fences. The first movement set out at a fair clip, and then sagged slightly before the onset of the first side drum (overly prominent here and, given the quick tempo, undermining that insidious sense of approaching menace). However, what could not be denied was the sheer quality of the playing with excellent intonation collectively from the woodwinds, a superb violin solo from Laurence Jackson and the sickeningly powerful yawing in the brass as the main climax approached; Greta Tuls’s long bassoon epilogue in its backwash was spellbinding, as though one were eavesdropping on a moment of very private grief.

The intermezzo-like second movement – initially titled “Memories” – was notable for its Mahlerian echoes with its shrieking woodwind in the contrasting central section, Nelsons once again pushing the tempo unduly, but the movement’s final descent into near-silence was superbly managed. The slow movement ostensibly looks towards a better future is also a deeply-felt threnody for a tragedy still unfolding at the time of composition. In the opening double-stopped section for the massed violins, wonderfully secure and resonant here, and where the violas steal in with one of those wandering lines so quintessentially Shostakovich, it was clear just what has been achieved in Birmingham, and with a double bass section completely present in the mix as it was with the ‘old’ Czech Philharmonic.

The finale – like its counterpart in William Walton’s First Symphony – was composed later and is the work’s ‘Achilles heel’, rejoicing through gritted teeth, the events of the Siege and the virtual destruction of Shostakovich’s beloved city too immediate and raw to allow for genuine elation. Nelsons’s turbo-charged conducting could not dispel these doubts but did all that could be done. He ended with both feet off the podium.