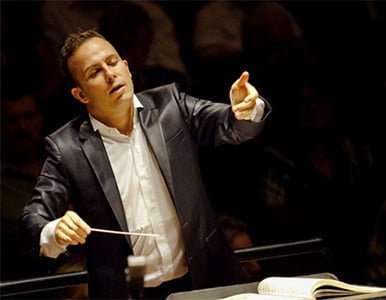 These two works from the 1960s are linked by the great Russian cellist Mstislav Rostropovich, and formed part of the Southbank Centre’s festival The Rest is Noise.

As he was with so many twentieth-century works for cello, Rostropovich was the driving force behind the commission and first performance of Tout un monde lontain … (A whole far-off world …) which occupied its fastidious composer between the years of 1968 and 1970. It is not a concerto, more a series of five linked tableaux in response to the work of Charles Baudelaire. The translucent orchestration of this enchanting piece has frequently exotic hues that hint of lands much further east than Dutilleux’s native France, and those could be clearly heard in this beautifully shaded performance. Jean Guihen Queyras, the thoughtful soloist, paid close attention to quality of tone at all times, often playing at an extremely low dynamic, and he was well supported by the percussionists of the LPO in an exquisitely rendered opening section, ‘Énigme’. Queyras’s intonation in the high terrain of ‘Gaze’ was admirably secure, while the central section of Dutilleux’s arch form, ‘Surges’, harnessed more of the orchestra’s inner power, with a commanding but clean sound. Only in his overall projection could the soloist be lightly questioned, for the rare instances of fortissimo from the orchestra were not always fully matched by the cellist, despite his clarity of tone. This was perhaps in an effort to ensure soloist and orchestra were equal throughout, and there was indeed a strong sense of togetherness in the performance, and an enjoyably playful aspect to the concluding ‘Hymn’. 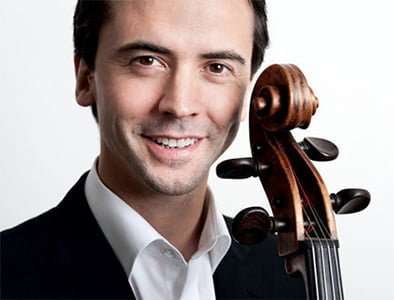 Rostropovich also played a crucial role in the Western premiere of his great friend Shostakovich’s ‘Babi Yar’ Symphony, smuggling the score out of Russia to enable its first Western performance in Philadelphia, 1969, Eugene Ormandy conducting, over and above the censorship to which it was subjected in Russia. This impressive but painful work, marking the massacre of thousands of Jewish people at Babi Yar, Kiev, also reveals the scars left by the reign of Stalin on the composer himself, who became so fearful of the knock at the door in the middle of the night that he joined the Communist party.

Such fear was a central aspect of this incredibly gripping performance, in which Mikhail Petrenko was a dominant figure. He is quite a sight when drawing himself up to his full height, fixing the audience with an intent stare, and his tone was remarkably broad. There was bitter, sardonic humour, but also a graceful serenity to Shostakovich’s homage, the two often closely juxtaposed. Petrenko received substantial backing from the 66 men of the London Philharmonic Choir, whose clarity of pronunciation made the text easy to follow, and when the two forces were singing together there was a hollow, almost primal power. The Choir’s only blip was a slight hesitation with the very first part of the text, but the eponymously-titles first movement was laden with dread and anger throughout, its culmination a stunning climax where bass and choir rang out over the painful screams of the orchestra.

Yannick Nézet-Séguin, completely inside this music, was careful to ensure that even the very loudest outbursts of the scherzo (‘Humour’) were commendable for their clarity, but he also secured a shiver down the spine with the opening of ‘Fear’. This contains some of Shostakovich’s most nightmarish visions, his dread laced with the ominous sounds of the gong and the bass drum. The percussion section was once again superb, the rattling of the cans in ‘The Store’ resonating strongly. At this point the fears were all too real, but that they didn’t ultimately triumph was due to the strange and eerie consolation offered by ‘Career’, a poem whose wit initially seems at odds with the rest of those chosen for the Symphony but which ultimately brought the music full circle, moving from the relatively serene vocal resolution in G major back to the doom-laden B flat minor. The lasting impression here was from violin and viola, with profound solos from respectively Pieter Schoeman and Cyrille Mercier, while the celesta, often Shostakovich’s instrument of choice to suggest the otherworldly, was broken by the tolling of the bell.

The London Philharmonic Orchestra was excellent throughout, and special mentions should go to tuba player Lee Tsarmaklis and bass clarinettist Paul Richards for their fourth-movement solos, and the bass strings, one of the vital cogs in the Shostakovich machine, always commenting on Yevtushenko’s texts. A respectful silence fell over the Royal Festival Hall at the end, the best possible answer to such a meaningful and often-beautiful performance.