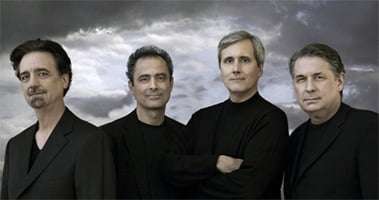 For its contribution to the Southbank Centre’s The Rest is Noise festival, the Emerson Quartet played three works written within two years of each other in late 1920s’ Central Europe. In an engaging interview before the performance with SBC’s Head of Classical Music Gillian Moore, Eugene Drucker suggested that composers continued to use the string quartet genre because of the “importance of counterpoint” in their most personal statements, and he noted how these three composers “increased the sonic range of possibilities for string quartets”. At twenty minutes long the talk should perhaps have been advertised, but it was nonetheless an engaging prelude to the music. 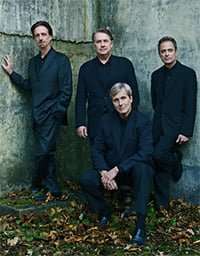 The Emerson musicians have been playing Bartók for nigh on thirty years, but although there was familiarity in their account of the Third String Quartet there was deep-seated feeling too, even if they did not always fully get to the nub of the composer’s natural (and national) source material. The unison passages were extremely well drilled, and the composer’s coloristic effects were closely observed and brilliantly executed. The single-movement structure was very clearly understood and communicated. Janáček’s deeply-felt utterance to Kamila Stösslová, written a year later than the Bartók in 1928, did not quite scale the same heights of feeling, the players achieving precision rather than passion. The performance certainly had its moments, such as Lawrence Dutton’s ghostly viola motif at the start, and the softer chorale theme that melted the heart in the fourth movement, but the outpourings were kept largely in check, the music staying resolutely earthbound for much of the performance.

Berg’s Lyric Suite, which Bartók heard just before the completion of his Third Quartet, rounded off the concert and notably went up a notch in its emotional directness. In this case the subject of the composer’s affections was Hanna Fuchs-Robettin, with whom Berg was having an affair, and who is frequently referred to in the piece through musical motifs and numerological designs. The suite, in six movements, can be divided into three pairs, the Emerson Quartet keeping the speeds of the first pair related and similar, so as to heighten the contrast between the final pair (Presto delirando against Largo desolato). Although the density of material in the Lyric Suite is notable, the musicians getting to the heart not just of the deeply passionate fourth movement but also the amiable character of the first. The performance grew in stature, culminating in the great long lines of the finale, which eventually petered out under Dutton’s viola but stayed singing in our heads. Berg’s achievement of maintaining a semi-tonal approach with very keen emotion is remarkable, and the Emerson players found this precarious balance with unerring accuracy.