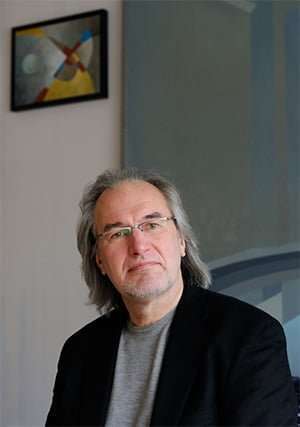 As the Southbank Centre’s exploration of the music of the 20th-century edges closer to the year 2000, it reveals the intriguing fact that composers at that time increasingly drew inspiration again from religious experience, after various atheistic, or at least secular, regimes had attempted to sideline or eradicate belief from public life. The pieces in this programme also demonstrate how composers have also looked to musical influences and traditions of the past.

Sofia Gubaidulina’s Offertorium – a violin concerto in all but name, composed for Gidon Kremer in 1980 – muses upon the subject of donation and sacrifice, taking the enigmatic theme of J. S. Bach’s The Musical Offering as its basic building block. It quotes Webern’s re-composition of it in klangfarbenmelodie form (from his transcription of the ‘Ricercar a 6’) before then dissecting and developing its several components. In doing so through the medium of a concertante work, it surely also recalls Berg’s Violin Concerto with its use of Bach’s chorale ‘Es ist genug’ (It is enough) as the means to its spiritual and emotional consummation. 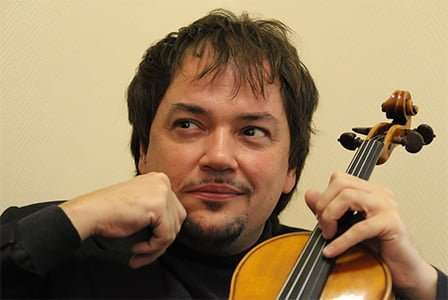 Sergej Krylov’s violent attack upon the appearance and development of Bach’s theme resembled a desperate struggle to fight off an evil force – certainly a contrast to the comparatively more elegiac approach of Kremer’s recording with the Boston Symphony Orchestra. Tõnu Kaljuste matched Krylov with an agitated performance of the orchestral episodes in the first two movements – fluttering winds and trumpets sounding like sirens, and tremolo passages in the strings sounding deliberately unsettled. However conductor and violinist held firm control over their rendition of the score and its wider emotional purpose, as Krylov maintained a consistently focused and sonorous tone (never itself harsh), and a clear dialogue with the LPO. Kaljuste also ensured an urgent pace to the music’s development, and an impressively synchronised execution of the screaming glissandos passed among the strings at one point, towards the end of the first movement, like an acrimonious conversation, adding to the sense of upheaval. With the emergence of a melody resembling an Orthodox hymn in the finale, like a memory rising up to assert itself in noble and resilient protest at the foregoing maelstrom of violence and nihilism, Krylov played with a still greater richness of tone without sounding sentimental or affected. The development of the hymn and the resolution of the Bach theme came then as the satisfying, redemptive conclusion in this ably navigated performance. It was all the more touching that Gubaidulina herself was present to take a bow.

Arvo Pärt’s Magnificat (1989) and Cantus in memoriam Benjamin Britten (1977) were taken as a pair, the tolling bell of the latter striking up almost immediately after the final strain of the former. The London Philharmonic Choir sang the canticle with quiet devotion, but was rather tentative. Admittedly, the deadening acoustic of a full concert hall did not help, or the imprecise intonation of chords (and even of unison notes) at the beginning of phrases, but the performance was somewhat stodgy and redolent of an indifferently performed service of Anglican evensong rather than the haunting mysticism of Pärt’s “holy minimalism” style. The Cantus was earthy and grey in effect, rather than radiating an icily crisp ambience, but arguably this better suited its indeterminate A minor. Kaljuste extracted a rhythmical, drooping lilt to the descending scales, but overall the rendition seemed stiff, the final sustained chord sombre and tragic rather than searing.

Choir and orchestra were more-supple in the Berlin Mass (1990). Certainly the singers responded better to the flashes of brighter, major tonalities in the ‘Gloria’, the choppy snatches of melody in the ‘Credo’ and the rhythmic oscillations in the interpolated sequence ‘Veni Sancte Spiritus’, although there were further intonation problems at the beginning of phrases, whilst the plainsong sections of the two ‘Alleluia’ movements lacked mystery. But the mellow tone of the solo soprano singing at a low pitch in the ‘Kyrie’ called to mind those occasions in Vaughan Williams’s music where a solo viola rhapsodises. In such ways this performance of the Berlin Mass evoked a private, if hopeful, religious experience.