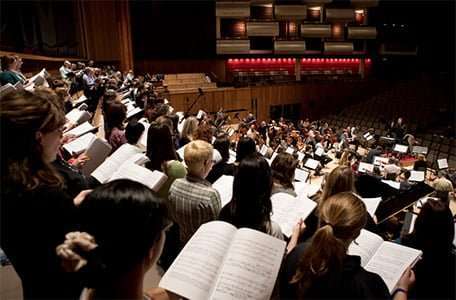 As befitted the last of The Rest is Noise concerts at the Southbank Centre, the end was really a beginning… Not just in the fact that the single work performed was a modern reinterpretation of the nativity, but also because – although composed in the 20th-century – John Adams’s El Niño was first performed in December 2000 (which, in most people’s perception, was in the current century. Or not! – Ed.).

It brought to a close the 31 concerts that the London Philharmonic Orchestra had devoted to this series, in one fell swoop busting through the ‘received wisdom’ that there are only 700 people in any major European capital that would go to ‘contemporary’ classical music (an opinion proffered to the Southbank’s Jude Kelly which spurred her on to fashion the whole festival; Timothy Walker – the LPO’s CEO and Artistic Director – reported there was at least 1,800 people at each of the orchestra’s RoN concerts). If only they had started with Zemlinsky (rather than Richard Strauss), they could have claimed to have performed the Z to A of 20th-century repertoire.

Now, I am a fan of John Adams’s music. So it may come as a surprise that I have been a bit reticent about El Niño, having been at the British premiere in June 2003, with the BBC Symphony Orchestra. In preparation for this revival I’d also dipped into the DVD of the world première – at Paris’s Châtelet – and recoiled (again) at the original production, complete with acres of film interludes (about a Hispanic couple having a baby in contemporary California) and trademark hand-gestures contrived by co-librettist and original director Peter Sellars. Thankfully the LPO’s performance promised no vestige of staging, and the only screen in evidence was for the surtitles. El Niño was much more persuasive as a result. 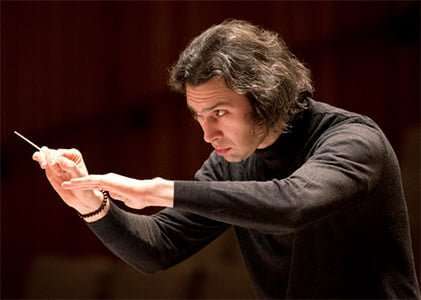 There were three original performers: the three countertenors who act as a collective Evangelist from Matthew’s gospel, aiding the story and glossing on its import, and there was no doubting their easy assumption of their roles. But they were equally matched by the three new principal vocalists: Rosemary Joshua (replacing Kate Royal), Kelley O’Connor and Matthew Rose. While dark-toned O’Connor and Rose, the latter commanding in his depictions of both Joseph and Herod, impressed early on, Joshua had to wait until the second half to be able to stamp her imprint on the performance in the impassioned words of Rosario Cestellanos’s “Memorial de Tlatelolco” – describing student protests and their suppression in Mexico City in 1968.

Slightly earlier the soloists had moved back to stand beside the double-reed instruments for ‘And the star went before them’, first accompanied only by bassoons and percussion, then with cors anglais taking over. Very memorable, as was the impeccable diction from the members of the London Philharmonic Choir and the belated entry of the children’s choruses for the finale ‘A Palm Tree’ (coming, as its immediate predecessor, ‘Jesus and the Dragons’, from the “Pseudo Matthew” – two rather magical tales discarded from the Bible proper).

Adams’s musical invention seemed fresh and prolific, shorn of the visual impedimenta I’d found so restricting in the original production, and Vladimir Jurowski was open to the undercurrent of repeated pulses. He kept the music on a tight rein, but allowed Adams’s melodies to ebb and flow naturally, leading a reduced LPO – only four double basses, and no trumpets, though with synthesiser as well as piano and celesta. And, like Nixon in China and Doctor Atomic, the ending is somewhat enigmatic, the music not so much evaporating but ending abruptly, like a door closing and the story continuing elsewhere. You’ll note that a sound designer is credited, and there were various microphones around the orchestra, though not for the soloists. How the technology was used I’m not that sure; the very fact that nothing sounded overly amplified or enhanced is a credit to Mark Grey (and I’m usually rather critical of such additions. Rightly so – Ed.).

So, with this impressive finale, the Rest is Noise is over. At one of the press conferences about the series, Jurowski expressed the hope that one day he’d be able to programme a year of performances of 21st-century music. The Southbank Centre and the LPO must be pleased by the reception and audiences the series has garnered. Jurowski starts the new year as he means to go on, with a premiere – James MacMillan’s Viola Concerto with Lawrence Power (15 January). The London Philharmonic is on a contemporary roll…