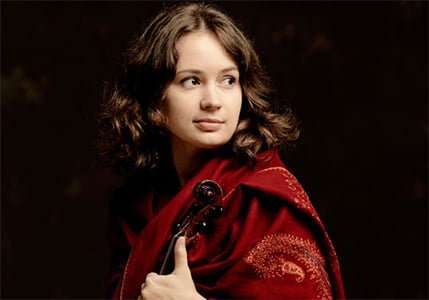 Without any ado, Vladimir Jurowski went straight into the arresting opening of Stravinsky’s Jeu de cartes, a good deal, as it was when further hands were delivered. This ballet score, first staged in April 1937 with choreography by Balanchine, requires playing that is incisive, lucid, rhythmically deft, and individually expressive. The LPO delivered a ‘royal flush’ on each particular. If the humour was deadpan, Jurowski had the measure of Stravinsky’s pastiche and was an inscrutable master of ceremonies, not signposting the quotations (the most overt being from Rossini’s The Barber of Seville) and delivering a droll and confident account – detail buzzed and was precisely placed – at once alluring and absolute.

Moldova-born violinist Patricia Kopatchinskaja then stepped forward for a very engaging account of Prokofiev’s Violin Concerto No.2, which she played from the score but was wholly inside the music. She is a sensitive artist with a wide range of emotion, timbre and dynamics. Maybe some attack was over-vehement, certainly in the finale, but it was her confiding lyricism and refined sensibility that impressed most – drawing the listener in; the slow movement enjoyed an inward lyrical intensity that was spellbinding. One had the impression that her violin is Kopatchinskaja’s best friend, but she is not afraid to scold it if the music demands (as she perceives it) temperamental assault! Here is a violinist that is both a tigress and a pussy cat. The LPO’s accompaniment was smart and sensitive; so good news that these artists are recording this work for Naïve in a few days’ time, coupled with Stravinsky’s Violin Concerto, for a release scheduled for October (Kopatchinskaja’s third recording for this label). Patricia Kopatchinskaja stole my heart on this occasion, but she’s also a force to be reckoned with! 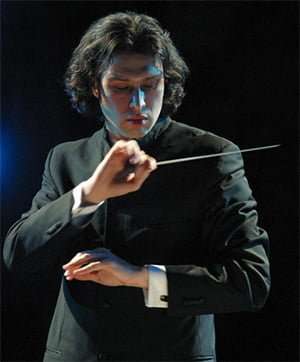 To close this concert, and its 12-13 Season, the Glyndebourne-bound London Philharmonic and Vladimir Jurowski gave an exceptional account of Shostakovich 6, like the other two works in this concert written and first-performed during the few years leading to World War Two. Good to report, too, that Jurowski here returned to his trademark use of antiphonal violins, temporarily abandoned in the concert’s first half. Just as well, for such an arrangement mirrored that of the Leningrad Philharmonic, which gave the premiere on 21 November 1939 with Evgeny Mravinsky conducting. Like him, and Kondrashin, Jurowski kept the lengthy opening Largo flowing (some western conductors – Bernstein, Elder, Slatkin – have taken the most-spacious of views, and very rewardingly) but Jurowski’s approach didn’t eschew deep emotion and eerie chill (the terrors of the night). The playing was heroic and powerful, the strings (16/16/14/12/10) exuding depth of tone, collectively impassioned.

It’s all too easy with Shostakovich’s music (whether the ‘private’ string quartets or the ‘public’ symphonies) to find ciphers and hounded diary entries. Jurowski played the Sixth Symphony as a work of musical art. Following the slow movement are two fast ones that together play for less time than the opening Largo. The first of these freewheeled on its way to its explosive climax, and the Rossinian finale was fully primed if less the carnival/circus that it can be. This was a serious performance, little given away as to what the music may be ‘about’, with nothing sensational, all to the advantage of music entitled Symphony. It was also an affecting and scintillating account, hugely involving, the playing concentrated, unanimous and full of character. From Stewart McIlwham’s piccolo to the richly mottled (left-positioned) double basses via Simon Carrington’s timpani, this was the LPO in fabulous form responding to its Principal Conductor who really knows how this score goes – in terms of being a ‘real’ Symphony – save that the very final chord, here snapped like a dry twig, did send out a message … an individual trampled underfoot.