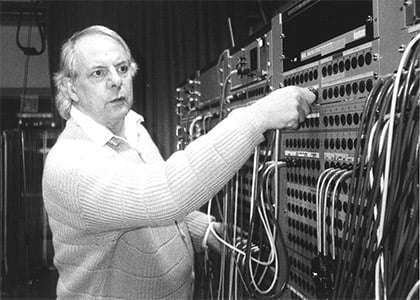 A weekend devoted to the 1950s, given as part of the Southbank Centre’s The Rest is Noise festival, could hardly not include a major work from Karlheinz Stockhausen’s most significant creative decade – and Gruppen (1957) is the obvious choice for music that typifies both the unyielding formal discipline and the potent expressive vision of that singular era.

Gruppen has hardly been neglected in London over the past two decades – having been heard on at least two occasions at the Royal Festival Hall, where it has been performed at the start and end of the evening. Such is justifiable not merely in terms of the logistical issues involved in mounting a work that calls for three spatially removed orchestras, but also in enabling listeners to adapt and even alter their mode of listening (though, unlike at Simon Rattle’s memorable accounts in 1996, the audience was not encouraged to sit in a different part of the auditorium second time around). Since the last hearing, moreover, the RFH acoustic has been refurbished and this was audibly to the advantage of music where the placing and focus of the sound is no less important than the surrounding ambience. What resulted was another triumph for the on-going collaboration between the London Sinfonietta and the Royal Academy of Music’s Manson Ensemble, at the helm of which was a strong triumvirate that comprised Martyn Brabbins, Baldur Brönnimann and Geoffrey Paterson.

Conceptually as well as musically, Gruppen can be heard to have taken its place within the broader context of progressive music in the Western orchestral canon. What until recently might have been seemed unpredictable, even haphazard now feels almost pre-destined in its formal follow-through: it would be quite possible to ‘hear’ the work in terms of a not-so-expanded sonata-form, with its motivic elements being developed and reprised as the music unfolds; in which case, the salient factor becomes the degree to which these motifs are evolved in space between the orchestras – a sensation that is intensified throughout the closing stages with their ricocheting brass chords and antiphonal fusillades of percussion. Yet there is also a distinctive rhetorical element linking back to an earlier phase of Modernism and, beyond that, to the era of late-Romanticism – Stockhausen being nothing if not an adherent, however unorthodox, of an Austro-German tradition that had lain in ruins only a decade before: much on which to ponder, then, over the course of two superb performances. 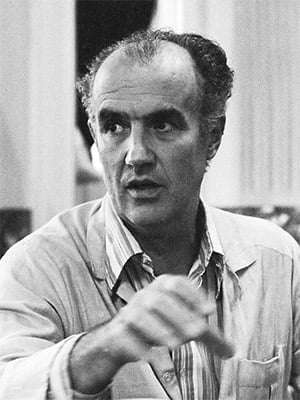 In between these renditions came two works (either side of the interval) by Luigi Nono, a composer who fairly came into his own on the South Bank over the previous decade. Nominally one of his most abstract and even hermetic scores, Canti per tredici (1955) is crucial to the development of an idiom demonstrably closer to that of Schoenberg and Varèse than to Nono’s Darmstadt contemporaries – its contrasting chromatic scales yielding distinctive yet permeable shapes that inform and regulate the musical flow even at its most dense or abrasive. Out of such fragmentation comes a stark yet continuous texture that amply reinforces the ‘song’ connotations of the title and which the present account was not slow in realising.

Even more impressive was the performance of Nono’s second published work. A pity, perhaps, that Polifonica-Monodia-Ritmica (1951) could not have been heard in the original version that Hermann Scherchen cut by a third out of fear that it would over-tax the audience’s concentration – yet, even when the formal process is thereby curtailed, the music makes an arresting impression: melodic lines (apparently derived from a Brazilian ceremonial song) emerging gradually then, in the central section, taking on greater rhythmic mobility as the work approaches its climax – saxophone and drums to the fore – before it disperses via a stark percussive postlude. Such music effortlessly transcends any limitations of time and place.

Your reviewer was amused to overhear a comment that, when the person in question had first heard Gruppen in the early 1970s, the audience consisted largely of rebellious students, whereas it now seemed to be mainly retired college lecturers. Rest assured that there were more than enough ‘young’ people present to suggest this music has a healthy future ahead of it.