Orchestra of the Age of Enlightenment
Kati Debretzeni (violin) 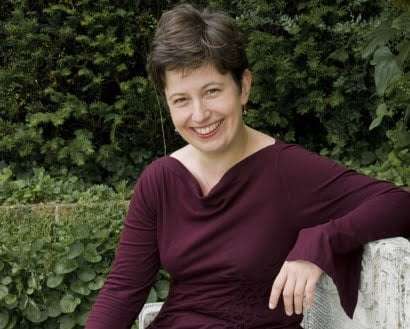 Taking the rough with the smooth also meant mixing the new with the old on this occasion: one does not expect the Orchestra of the Age of Enlightenment to stray too far into the 19th-century very often, but here was a world premiere from the 21st-century.

For her Concerto à Double Entendre, Stevie Wishart took inspiration from the Baroque Concerto Grosso form, as well as the predilection of that period for juxtaposing striking contrasts. This composition focuses more on oppositions of timbre, rather than themes or harmonies, pitting the varying textures of arco and pizzicato strings against each other, between the two divisions of the orchestra (which also utilise a harpsichord and organ continuo). The double bass part avails itself of these contrasts, with a cadenza at the end of the second movement involves plucking the strings and tapping the instrument.

The thematic basis for Wishart’s music is the sonorities created by the open strings of instruments, an idea which quickly exhausts itself. Despite some moments of rhythmic interest to impel momentum, the music is rather devoid of development and creates a soundscape of white noise, to be blunt, instead of a cogently defined musical argument. To that extent very little melodic or harmonic tension is sustained, still less any counterpoint. The OAE certainly worked hard, with Chi-chi Nwanoku holding it together from the beginning in building up the haze of open fifths, but ultimately the musicians did not seem entirely engaged. Wishart’s Concerto failed to stir my interest, though maybe some will have been stimulated or hypnotised by its static atmosphere.

The OAE realised the rough and smooth elements of the other items with typical liveliness. Telemann’s Overture Burlesque (1729) provided ample scope for that, with its character pieces based upon figures from the commedia dell’arte, the corresponding dances clearly drawn. More formal in nature, the Violin Concerto (1719) was realised by the OAE with grace and charm. Kati Debretzeni did not exaggerate the prominence of the solo part, but drew it out subtly from the accompaniment. The Andante was particularly magical as Debretzeni floated her line with warmth over arco violins and plucked lower strings, recalling the slow movement of Vivaldi’s ‘Winter’ Concerto.

Debretzeni came to the fore again at the beginning of the concert’s second half with Handel’s Sonata à Cinque (c.1707), really a Violin Concerto which he probably wrote for Corelli whilst in Rome. Here the OAE could have drawn a greater contrast between the elegance of the opening Andante (which pressed on a little too hard) and the final Allegro whose robust character could easily have admitted a little more grandeur and presence.

The Concerto Opus 4/6 is well known in its form for organ or harp. However, Handel first presented it in 1736 for harp and lute, and that was the reconstruction here, where the two soloists provided the ‘rougher’ timbral edge to the smoother support, further softened by the addition of two recorders. Frances Kelly and Elizabeth Kenny provided some nimble fingerwork, though occasionally some notes were missed in fast sequences, and the tone was a touch brittle. Transcending the oppositions explored elsewhere, the OAE’s account of the First of Handel’s Opus 6 set of Concertos Grosso (1739) offered consistent vigour, confidence and good humour.