Within the Golden Hour – Ballet to choreography by Christopher Wheeldon

Within the Golden Hour 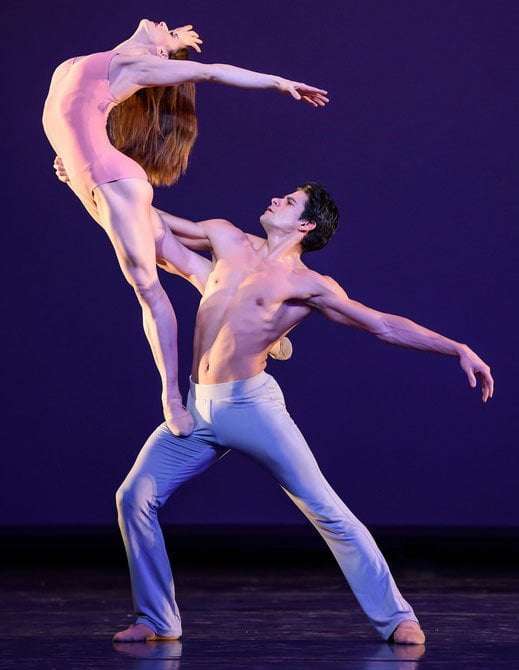 Immediately noticeable in The Royal Ballet’s all-Wheeldon programme is the quality of the instrumental and orchestral playing under Music Director Koen Kessels – too rare an occurrence for this ensemble. With Kessels the players have a musician of real worth and talent, and all have reacted positively, bringing distinction to the playing, nowhere more so than in this latest offering.

Three works by living composers, played with genuine flair and to the highest standards. Mark-Anthony Turnage’s new score for Christopher Wheeldon’s latest creation, Strapless, is given a full sound, the orchestra revelling in his wide range of sonorities. The strings are precise and silky in Ezio Bosso’s compositions used for Within the Golden Hour, and there is tight ensemble for Arvo Pärt in After the Rain (Co-Concert Master Sergei Levitin, Lead Viola Andriy Viytovych and pianist Kate Shipway in a subtle performance of Spiegel im Spiegel). Kessels and the whole orchestra are to be heartily applauded.

To devote an entire evening to Christopher Wheeldon indicates the esteem The Royal Ballet’s Director holds him in and a championing of him as a true successor to knights Frederick Ashton (1904-88) and Kenneth MacMillan (1929-92), whose works are of a quality to hold a whole programme. On the evidence of this triple bill, Wheeldon has some way to go before he can be counted alongside them. 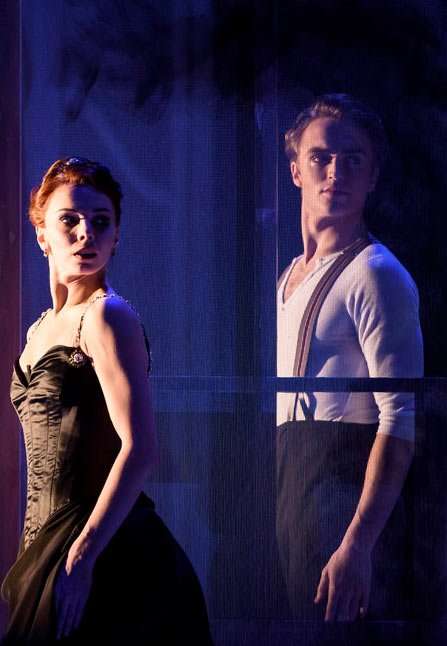 Wheeldon’s new work, Strapless, is a 45-minute narrative piece based on the painting and disastrous exhibiting of John Singer Sargent’s portrait of Amélie Gautreau known as Portrait of Madame X. Wheeldon has many qualities, but a strong sense of narrative is not one; he has produced coherent story works, The Winter’s Tale comes to mind, but they are few and far between. The storyline itself is weak, with little for an audience to engage with or, ultimately, care about, and Wheeldon has retreated into slick production values to mask its weaknesses. His setting of An American in Paris, which has wowed both Paris and Broadway, and, with the same (excellent) designer, Bob Crowley, is brought to mind here, as this new work is a distinctly ‘musical theatre’ feel to the way it is constructed. In Ashton and MacMillan’s great narrative works, each individual inhabits his or her own character (an approach which goes back to the days of the Ballets Russes and Mikhail Fokine’s works, most notably Petrushka). In Wheeldon’s world, the corps de ballet remain just that: a nameless, characterless mass representing ‘Paris’ society, an ensemble of top-hatted, bustled nobodies used to people the stage. Its ppearances are extremely weak, these superlative dancers given no more than choreographic rhubarb.

Wheeldon peoples his work with seven named roles whose movement qualities do not convey character; strangely, the one exception is the tiny part of Thérèse Pozzi, the wife of Dr Samuel-Jean, whose portrait by Sargent is one of his best-known and most striking. Madame Pozzi is given tetchy, nervous choreography which perfectly catches her personality – alas, it is almost the only moment when Wheeldon imbibes his movement with the character’s personage; elsewhere, there is a great deal of moving around, but very little which actually says anything. Dances are often too long – a trio between Sargent, his ‘lover’ Albert de Belleroche and Gautreau, which in itself is of potential interest (the idea is that it is the memory of Belleroche that inspires Sargent to create Madame X’s famous pose), meanders along with no progression. Similarly, after her public humiliation at the picture’s unveiling, Gautreau rips off her dress and flaps around in a flesh-coloured liberty bodice for what seems like an eternity.

There are poor scenic choices too: a scene at Café L’Avenue is perhaps the cleanest, least sleazy demimonde scene one could imagine – can-can dancers and assorted tarts freshly scrubbed and sporting regulation knickers, oozing less the whiff of sex and more carbolic soap. MacMillan’s brothel scene – on which this episode is clearly based – offers an object lesson in how to do it properly. Gautreau’s wanderings back and forth in her underwear, as outlined above, brings us to a scene set today, with dancers in street-wear admiring the Portrait of Madame X. Wheeldon seems to like the contemporary element in his narratives (Alice begins and ends in the present) but here it provides a trite close to the ballet, Gautreau’s spirit, one can assume, has been in undressed limbo, until the fame and immortality she craved in life is finally accorded her allows her to exit the stage and doubtless get a dressing gown on. 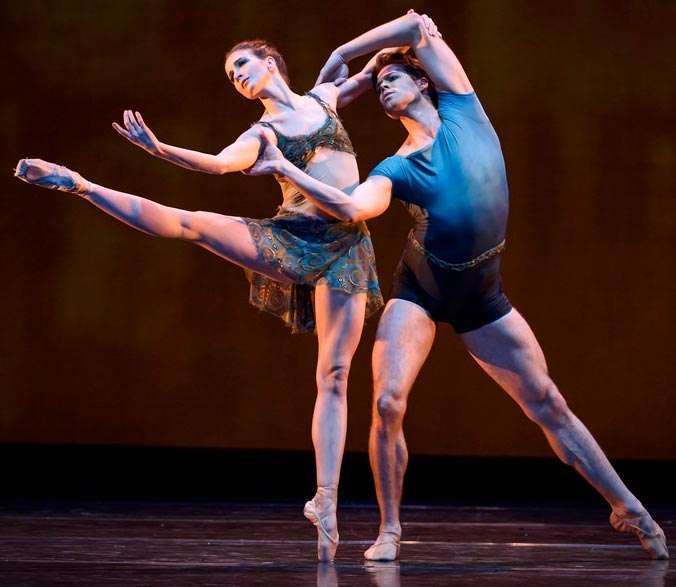 Both casts did what they could with this weak ballet, Kristen McNally just pipping Itziar Mendizabal as Madame Pozzi, but, surprisingly, the young Reece Clark winning hands down over Federico Bonelli on the sex stakes . Lauren Cuthbertson made a great deal more of Amélie Gautreau than Natalia Osipova had on the first night – Cuthbertson played with her choreography and worked hard to flesh out her character – her sexual grapplings with Clark (another over-long episode) did at least give the hint that sex was happening, whereas it was not apparent on first night. Bosie lookalike Matthew Ball made far more of Belleville while Edward Watson gave his considerable all to the thankless role of Sargent. All-in-all, a potential 20-minute work is here stretched too thinly.

Book-ending Strapless were two far more welcome Wheeldon pieces, both created elsewhere and now imported into The Royal Ballet repertoire. They are both good additions, even if they are in a shade too similar in look and movement. After the Rain was created for Wheeldon’s short-lived transatlantic company Morphoses, and is a two-part work – the first for three couples, the second a protracted duet. At 25 minutes, it is of ideal length, meaning that nothing outstays its welcome, and brims with invention. First cast had better ensemble – the choreography is often twos or threes executing the same steps, so the need to hear and move to the music in exactly the same way is essential. However, the tables turned in the duet; Marianela Nuñez and Thiago Soares gave a beautifully-crafted account of this intimate pas de deux which requires the strongest of partnering and the smoothest legato in the dancers’ phrasing; the mesmeric sounds of Spiegel im Spiegel are matched by equally hypnotising choreography. Surprisingly, this superlative performance was eclipsed by the second cast which brought the inspired ‘spring/autumn’ pairing of established Principal Zenaida Yanowsky and young corps de ballet member Reece Clark. Yanowsky is a generous performer, and she poured out her movement with the quality of spontaneity, her trust placed wholly in Clark’s hands; he presented her to perfection and moved with lithe grace. This was dancing of the highest order.

Within the Golden Hour is a good ballet with which to close a programme as it whips the audience up into something of a frenzy. The second cast won hands down over first in this work, the former’s three lead couples brilliantly matched in terms of physique and musicality, although even they could not overcome the ugly costuming which puts the men in what looks like high, tight pants with an unflattering belt and the women in Goan beach wear of bra and little skirtlet. The wit and lightness of touch in Ezio Bosso’s compositions are matched by Wheeldon, who reacts vivaciously with intriguing and creative movement. The shiny, ultimately superficial quality of his choreography ideally suits this work, first created on San Francisco Ballet, where it remains a firm favourite, which is no more than what it is – an opportunity for dancers to dance without any deeper meaning or purpose. It contains many of Wheeldon’s favourite moves which appear again and again in his ballets, and while there are changes of mood, they are dictated by the music rather than by the desire to communicate anything with the audience. Wheeldon’s only very intermittent capability to mine deeper into what movement can convey (The Winter’s Tale is, again, an exception) is what makes him thus far a very accomplished (and successful) creator of dance but unable to cross the threshold into the pantheon of choreographic greatness.