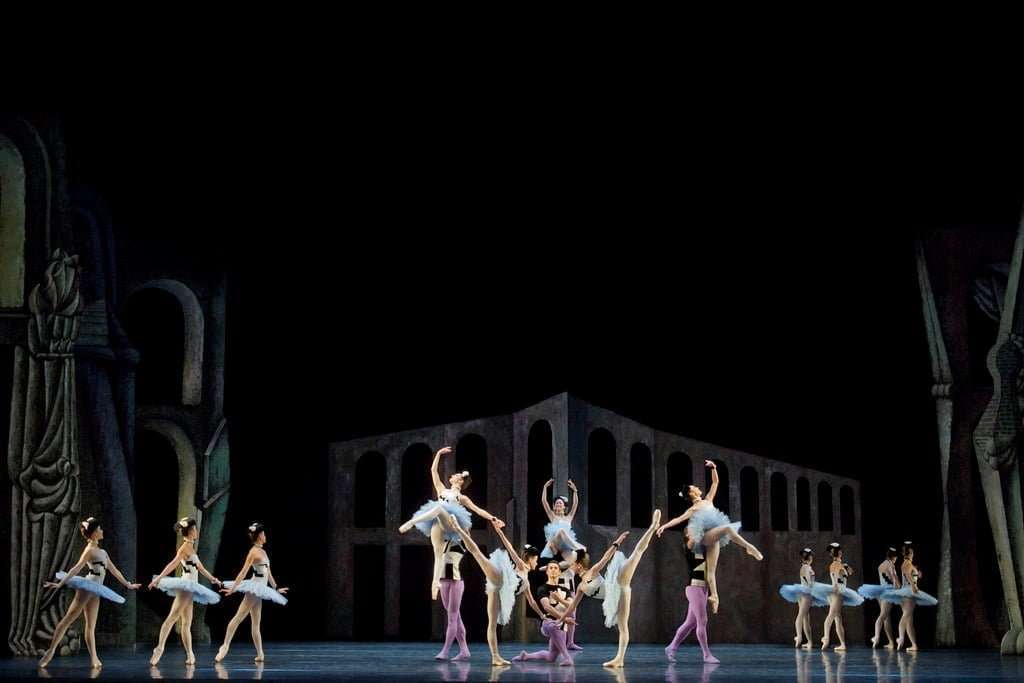 Any programme (this was a matinee) which brings four of Frederick Ashton’s works together can only be a good thing – Ashton, whilst not an entire stranger to Covent Garden these days, does not enjoy the presence in the repertoire that one would expect from the œuvre of the company’s Founder Choreographer and creator of the style for which it is known around the world. Still, here was a feast of Ashton which no-one could complain about. The key, of course, given that his works no longer flow through the company’s veins as they once did, is whether they are done ‘properly’, which means in essence, in the right style and with sufficient understanding. On this evidence, it is mostly, but not entirely.

Scènes de ballet is a work of such invention, brilliance and mastery of the form that it can never be allowed to disappear. Along with Symphonic Variations, it ranks as one of the choreographer’s greatest achievements in abstract dance. Inspired by the geometry of Euclid, it combines endless stage patterns with the chic and elegance of the post-war New Look, and is a sophisticated response to Stravinsky’s extraordinary composition. It has been well rehearsed, and the cohesion of the corps de ballet and the four male demi-soloists was notable – Kevin O’Hare’s casting in recent times has favoured the new generation of young dancers he has recruited and is seeking to nurture, and in this male quartet there was much cause for hope for the future – strong dancing allied to a keen musicality and a common approach to the movement.

As the central couple, both Sarah Lamb and Steven McRae were somewhat muted, he continuing to adopt a tight-jawed spikiness in performance, which does not become him or indeed the choreography. Technically both he and Lamb are up to the demands made of them, but, as ever with Ashton, that is only the beginning. Lamb in particular was strangely ‘absent’, the steps delivered well enough, but with none of the essential essence that makes them sing. She needs also to develop a greater flexibility in her musicality which would allow her to create an interplay of movement and music that is constantly shifting – in that lies the essence of Margot Fonteyn’s genius that imbues the role which she created. 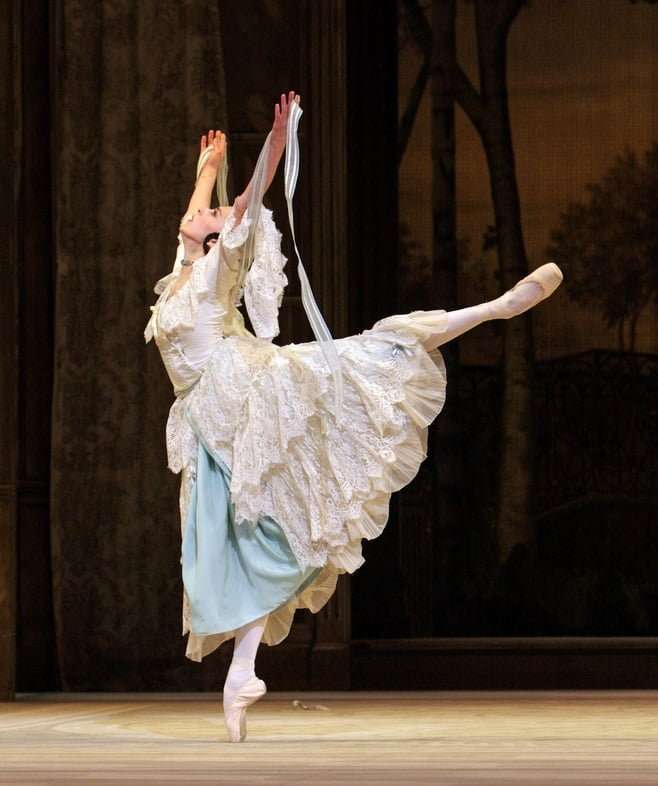 The shadow of another great Royal Ballet dancer hangs over the choreographer’s homage to Isadora Duncan in five piano waltzes. Lynn Seymour literally inhabited these small vignettes and made them her own. Today, dancers who don the ginger wig and apricot dress must seek to do the same, but it requires a dancer of great stature to fill the Covent Garden stage which stands empty save for the piano. Tamara Rojo managed it some years back but it is no shame that at this revival, the steps remained precisely that. I confess to being somewhat perplexed that Seymour, who has coached many in this work around Europe, is not credited with having done the same at Covent Garden – that the creator was not on hand to pass on her knowledge seems an opportunity missed.

Concerns finally evaporated with a luminous performance of Symphonic Variations in which all six dancers succeeded in suspending time – the pianissimo passage before the Finale had us all holding our collective breath, such was the impact this great work was having. Again, young dancers delivered the goods, with Tristan Dyer and James Hay, two young men of exceptional promise, confidently stepping into the shoes of their great predecessors, and Yuhui Choe and Yasmin Naghdi perfectly attuned both to the music and each other. At the centre of this extraordinary 18-minute sextet (no dancer leaves the stage), Marianela Nuñez was in radiant form, achieving the calm serenity required, and Vadim Muntagirov displayed his prodigious talent with dancing of exceptional grace (does anyone have more beautifully pointed feet in entrechats jumps?). Sophie Fedorovich’s set and costume remain an apogee of twentieth-century design for the dance.

To close, a finely judged performance of A Month in the County, Ashton’s masterly distillation of Turgenev’s play. It may be familiar to London audiences, but that should in no way detract from the achievements of a superb revival. Zenaida Yanowsky is a, voluptuous, richly detailed and confidently danced Natalia Petrovna who falls desperately in love with Rupert Pennefather’s Beliaev. Often accused of being something of a blank, Pennefather has deepened his portrayal of the young tutor and gave a performance that was both natural and finely drawn – his realisation that his feelings for the mistress of the house are more than superficial was clearly marked. It was good to see Emma Maguire returned to the stage, and dancing so well and with such character as Vera, and Paul Kay was the model of boyish bounciness as the son Kolia. Ashton succeeds in bringing a play-like intensity to this ballet, which makes words superfluous – everything is portrayed in the minutest detail. A superb revival.

The Orchestra was in the expert hands of Emmanuel Plasson, who brought his considerable talent to bear on what is a fine selection of music – the Stravinsky was expertly judged and he brought out sonorities both in the Franck and the Chopin that are not normally heard. The soloist in Symphonic Variations gave a solid performance of the piano part.