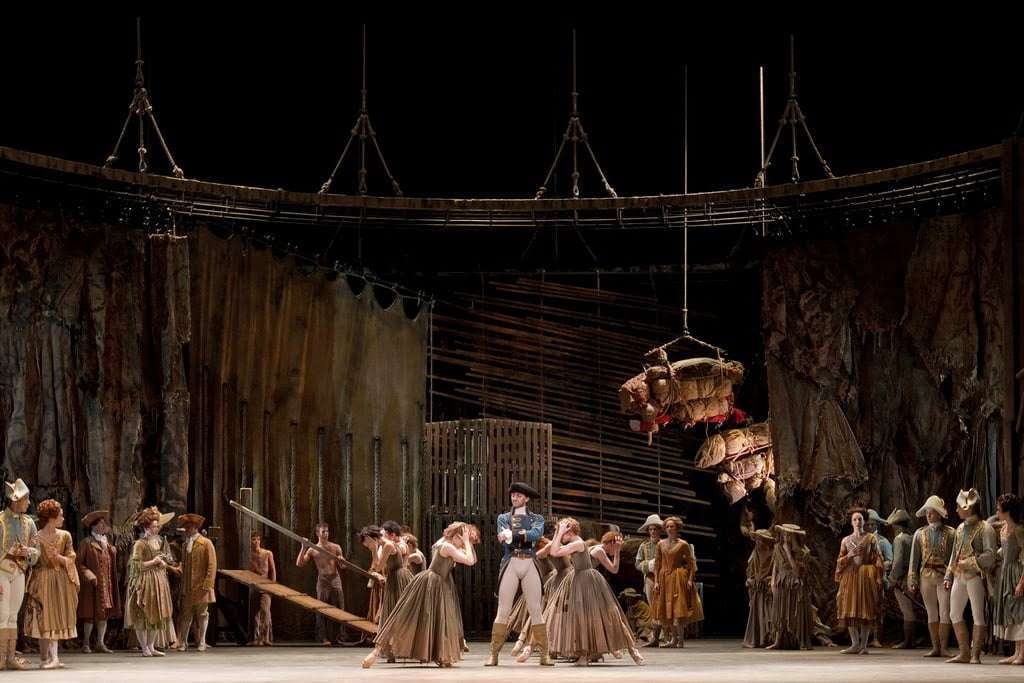 Manon is 40 years old – a ballet which was received with far from unanimous acclaim when new, it has now assumed the status of a world classic, performed continuously by its ‘parent’ company at Covent Garden since its creation and now by countless ensembles the world over. Its appeal is easy to appreciate – a gripping story of the downfall of a adorable heroine told by a master dance-maker. It does not show its age, either in the inventiveness of its choreography or in the absolute rightness of its original design by Nicholas Georgiadis, one of the greats of post-war stage design. Indeed, one is immediately struck by the richness of the fabrics, the costumes’ often heavy quality which informs the movement of the dancers wearing them, and their sheer beauty. Georgiadis evokes the sleazy grandeur of the French Régence in a way that none of the redesigns have come close to emulating. I am not a fan of Martin Yates’s re-orchestration. I find his ‘cleaning-up’ of Leighton Lucas’s original orchestration a little too lightweight, fine perhaps in the innocence and intimacy of the first scenes, but increasingly wanting when the tale lurches into tragedy. Yates is a safe pair of hands, but I would wish to hear his re-orchestration in other hands before passing final judgment. The Covent Garden orchestra did its dutiful job, although in the quayside scene of the final Act, a double entry by one soloist spread mayhem on stage as some dancers went with the first and others the second – it is not as if this score is unfamiliar to this ensemble. 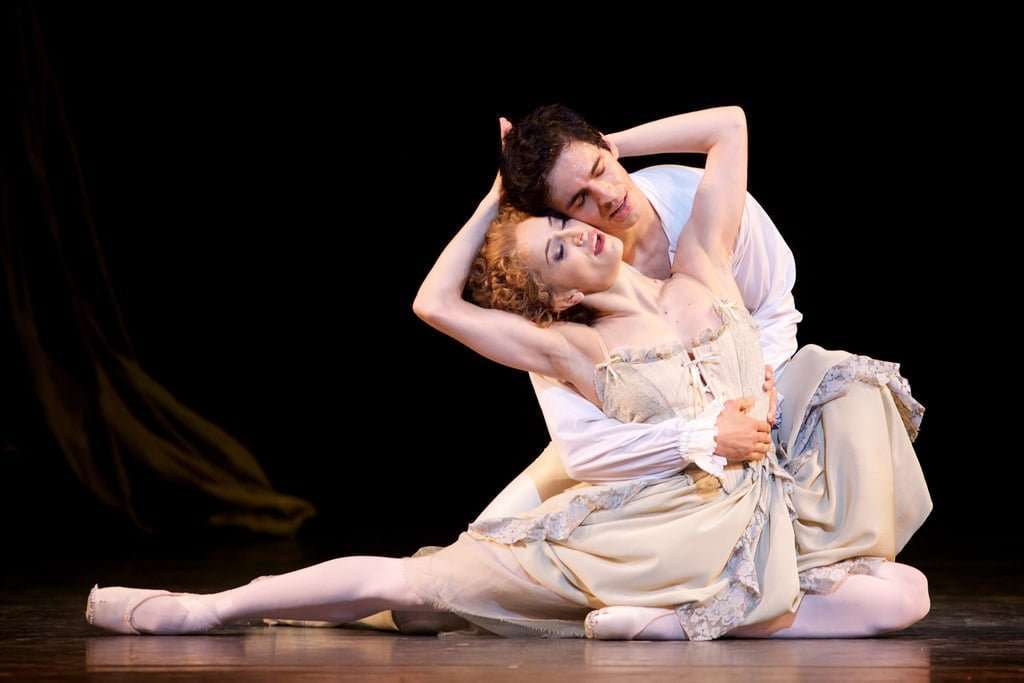 For the opening of this anniversary revival and the start of the company’s new season, The Royal Ballet fielded its A cast, who brought intelligence, insight and experience to the roles. The effect was an ensemble which looked more like The Royal Ballet of old – a homogenous group of artists at one with the choreographic, stylistic and artistic concept. All praise to Julie Lincoln who has overseen this revival and whose sure hand is to be seen everywhere, from the tightness of the corps work, to an emphasis on the pliant upper body and eloquent arms that were once hallmarks of the company’s style. It makes the rich choreography sing,

Superb characterisations in the non-dance roles of Monsieur G.M., The Gaoler and Madame, all taken by artists whose veins flow with the history and traditions of The Royal Ballet – these are whole characters, richly portrayed in telling detail. The challenge is to bring that same level of understanding to the younger generation for whom Kenneth MacMillan is now a name in a book of ballet history. Ricardo Cervera and Laura Morera have no problems – experienced and intelligent artists both, they are imbued with the qualities which once made The Royal Ballet the greatest dance troupe in the world: intense musicality, an appreciation of the chiaroscuro quality that phrasing can create and nuanced characterisation. The chemistry between them is visible, their movements fully attuned to each other’s, making their ‘drunken’ pas de deux genuinely funny without ever stepping over into caricature or overemphasis. Cervera is a volatile chancer, charming and loveable, but determined to turn a quick sou whenever he can, which includes pimping his own sister. Morera is a tart with a real heart, a good-time girl who enjoys her work but who still has feelings. They are both quite superb.

Marianela Nuñez is not an ideal Manon – she is too sunny of personality, too strong in physique to convince fully, not least in the final Act where she must be a broken woman both in mind and in body, barely able to move one foot in front of another. She dances the role amazingly well, no technical demand ruffling her feathers, but at all times she remained a great dancer dancing Manon rather than becoming Manon – it is all too studied, too perfect, and it lacks the essential visceral and spontaneous qualities that are essential for MacMillan – the great Manons I have seen (Viviana Durante, Leanne Benjamin, Sylvie Guillem) made it seem that what they were dancing came from within and was almost made-up on the spot.

Federico Bonelli, who for some time has seemed a little below par and has been criticised for a certain blandness, seemed completely re-energised, so much so that the story became ‘The Tragedy of Des Grieux’. He has re-found his old sureness of technique which allowed him to revel in the multiple turns and adagio movement crafted originally for Anthony Dowell’s prodigious talent – his taxing first solo was characterised by long, noble line and exemplary control, and it just got better, with total engagement and raw emotion infusing his dancing. His tortured solo during the Brothel Scene and the explosions of movement after the killing of The Gaoler expressed outpourings of despair and desperation, anger and fear. His was a performance to treasure.