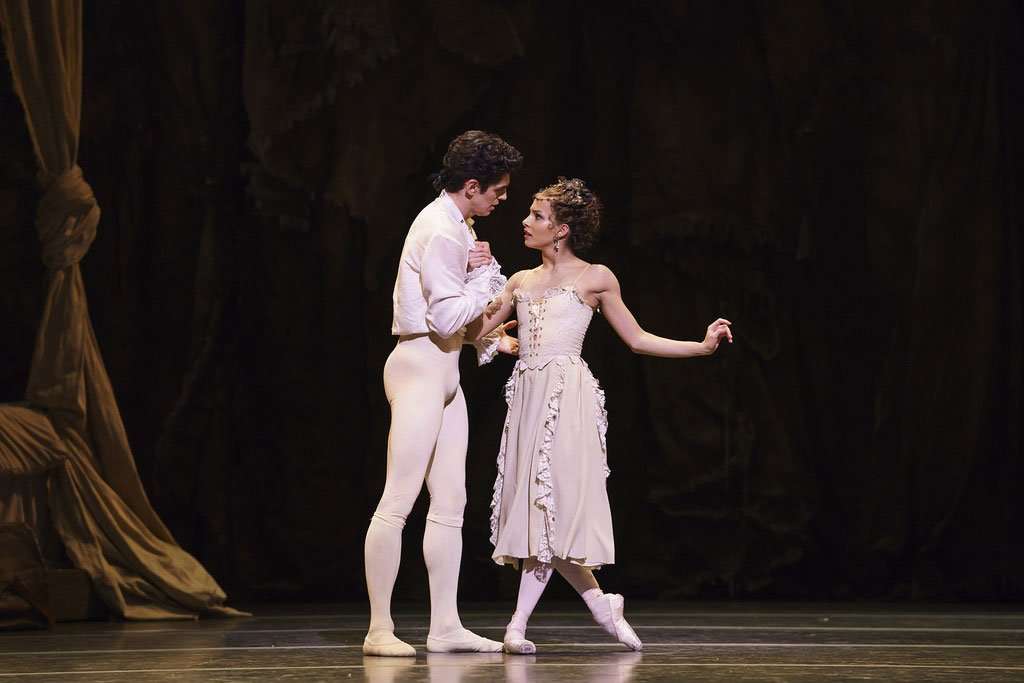 Another season, another run of Manon at Covent Garden. It shouldn’t feel routine or safe or predictable, but it does, and if the decision to open with Kenneth MacMillan’s ever-popular take on the Abbé Prévost’s eternal tale of the downfall of the irresistible convent girl and her infatuated lover was made for box office reasons, then it is a decision which has blown up in their face, given the empty seats visible on this first night.

But Manon is a sturdy ballet, and once it is under way, one is swept up in a masterly dance narrative, although an unwelcome innovation made itself immediately apparent as the curtain rose: the lighting has been redesigned. What may seem a minor element is, in fact, crucial, and time and time again the new designer, Italian Jacopo Pantani, showed himself uncomprehending of what the dance requires. Throughout he has opted for the dimmer switch, which muddies the stage picture while the last Louisiana act is an utter disaster, from the twilight grey of the docks scene which, far from the blaze of tropical light, now sits in an East Anglian fug. The ensuing gaoler’s office scene is dark and indistinct while the final swamp scene appears lit by cheap pub disco lighting, a bilious green the main colour behind the concept. It is simply not good enough for this work. 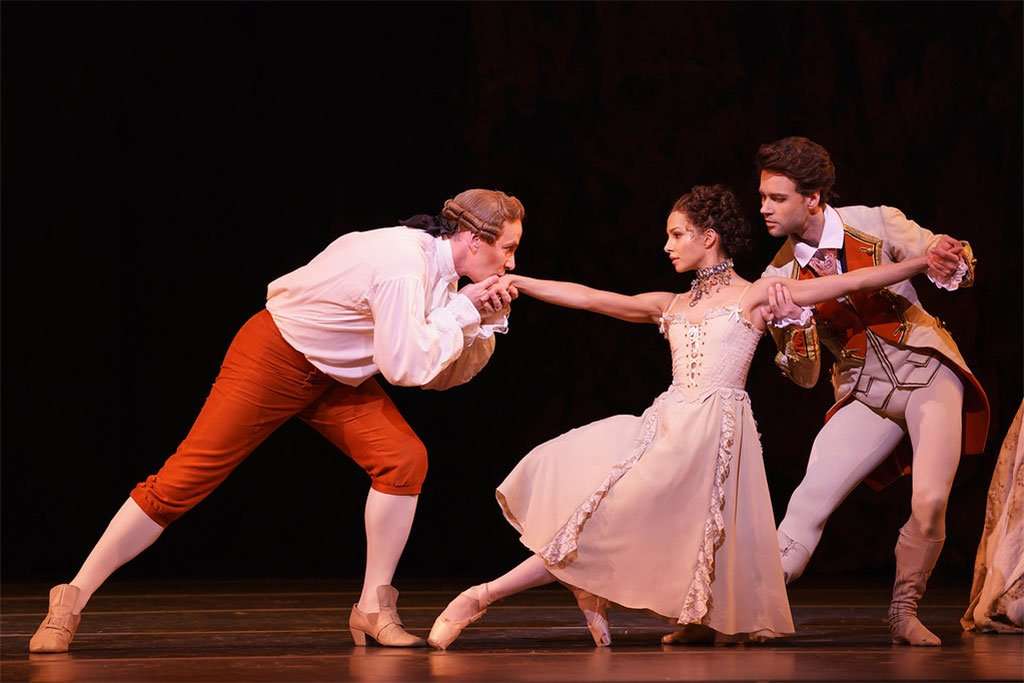 But then this was not a vintage performance of Manon in dance terms. There seems to have been a general softening and prettifying of the whole movement palette, taking the whole feel away from the filthy, decadent Régence which MacMillan and his designer Nicholas Georgiadis sought to evoke. A polite Manon is not a good Manon, and too many of those on stage seemed unaware or unwilling to dirty things up a bit. Of course, given this ballet’s central place in the company repertoire, there were many who knew just what to do, from Gary Avis’s brutal and predatory gaoler to Christopher Saunders’s rich, arrogant and lascivious Monsieur G. M. Elizabeth McGorian played the elegant Madame with telling detail while James Hay as the first scene’s Beggar Chief combined perfectly technical aplomb with the character of a cheeky ruffian.

Of the four major characters, it was Itziar Mendizabal who satisfied the most as Lescaut’s Mistress, showing in the brothel scene a neat line in dead-pan humour. She may lack the luscious physicality that some bring to the role, but hers is a rounded portrayal – for that opulence of movement, that was to be found in Claire Calvert, one of the lead courtesans who plays Lescaut’s Mistress in another cast. 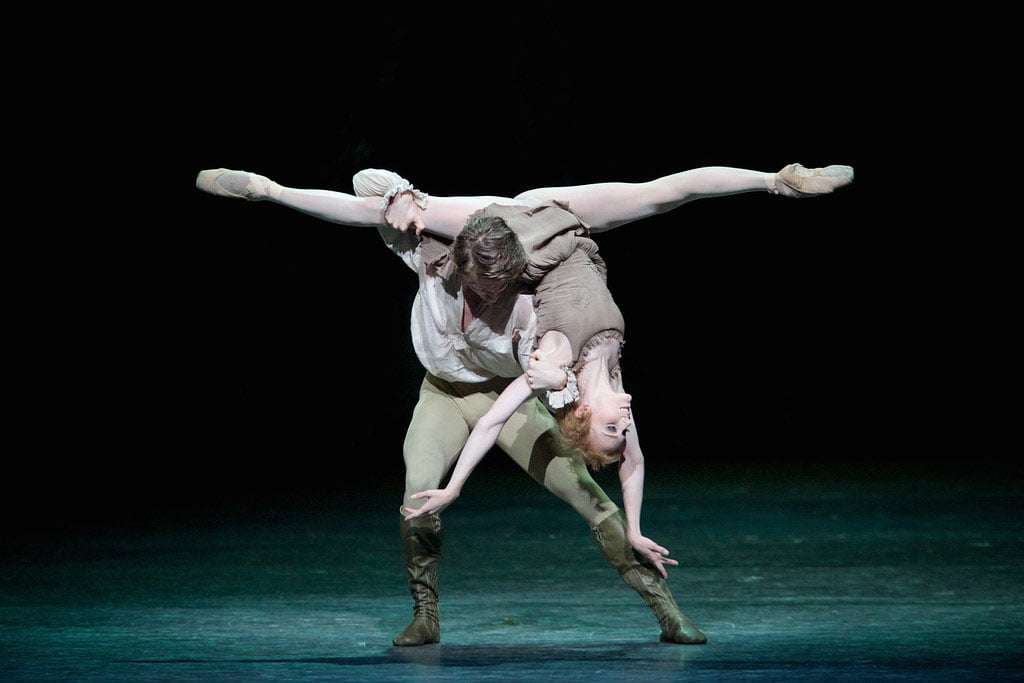 Ryoichi Hirano assumed the role of Lescaut, Manon’s brother, but brought none of the ruthless chancer to his interpretation. Surprisingly blank in the early scenes, he at least brought some character to the brothel scene in which he appears more than worse for wear for drink. His drunken duet with Mendizabal was expertly delivered and raised the requisite laughter, but he needs to tone down the facial gurning by several notches – this is a comic and not a comedy interlude, and Lescaut is never simply a happy-go-lucky lad out on the town; there is always profit to be drawn.

It is strange to report that Vadim Muntagirov was not the Des Grieux of one’s dreams. Blessed with near perfect physique and technique, his line is immaculate and every pose seems hewn from alabaster, but he ‘classicises’ MacMillan’s choreography, bringing qualities more suited to The Sleeping Beauty than to Manon, and does not give due weight to gestures and quirky placements which were put in precisely to take the ballet away from academic classroom classicism. He is an ardent Des Grieux, and does a nice line in anguished grieving at the very end, but he gives the portrayal of this young man a sexless quality; there are two bedroom pas de deux, but one could never conceive of any activity in the bed itself. 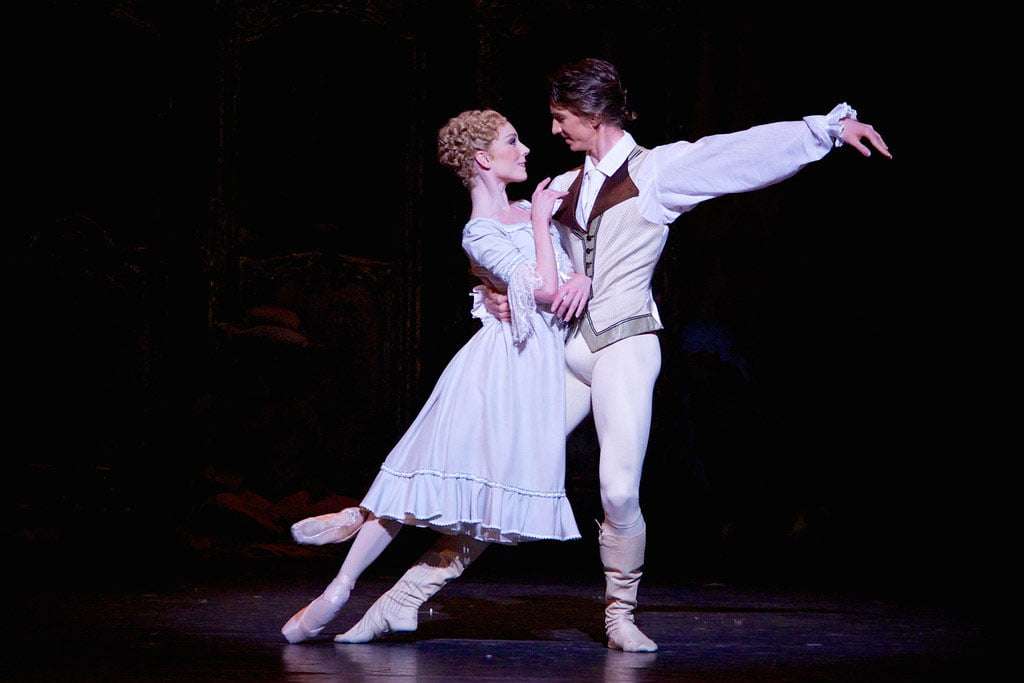 It is also strange to note that the temperature on stage goes down when Sarah Lamb’s Manon enters, such is her coolness and detachment. Her face remains largely impassive and while she can do all the steps, they rarely seem to have internal meaning or spontaneity, making her dancing admirable yet predictable – every pose is nailed, every placement of her fingers thought through and delivered. She portrays Manon as an innocent, sucked into a seedy world of money and sex, but that is not the character whose very unknowability sits at its heart and leaves the audience guessing. It is the layering of character, the tiny details of interpretation, the flickers of thoughts and wishes that underpin the performances of this role’s greatest interpreters and which elude Lamb.

Matters were not helped by the wayward conducting by the company Music Director, Koen Kessels, whom your reviewer normally holds in great regard, but who on this occasion presided over unwelcome extremes of tempos. Martin Yates’s re-orchestration of the score continues to make one remember and mourn the passing of Leighton Lucas’s original.

Manon is a ballet which is difficult to sink, but the first performance of this current revival contained worrying shifts which detract from the potency of what is the original production of a work now performed the world over. Other casts will, no doubt, bring some of the excitement back, but the new lighting must be ditched.