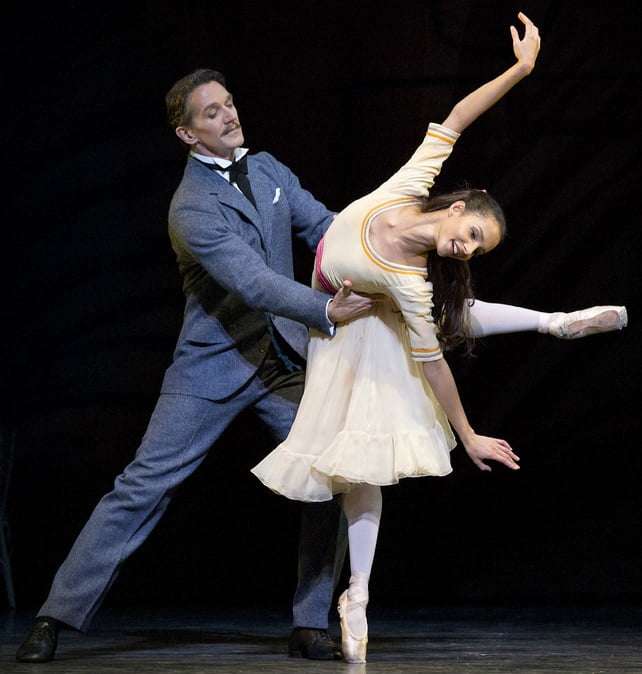 The Invitation is both an important and also a very good ballet, an early work by Kenneth MacMillan, marking the beginning of his choreographic maturity and exploring themes which were to become leitmotivs throughout his choreographic career: the corruption of innocence, destructive desire and the suppression of emotion. Famously, this work brought rape to the ballet stage for the first time, but it was not, way back in 1960 at its creation, and is not in hyper-sensitive, trigger-warned 2016 in any way gratuitous, rather the harrowing conclusion to the pressure-cooker atmosphere of desires the ballet portrays. The Invitation owes a great deal to the psychological dance dramas of Antony Tudor – MacMillan brings the same intensity to his own creation in which a tiny gesture, the cock of a head or a glance bring volumes of understanding of the thoughts behind them.

The choreographer had spent 1956/7 with American Ballet Theatre in New York and would have seen the Tudor repertoire, so it is unsurprising that he brought all he had learned to his new ballet in 1960. It is, however, pure MacMillan, both in terms of his own psychological focus, his daring in bringing taboos to the stage and also his movement vocabulary – The Invitation pre-echoes steps and poses seen in later works from Romeo and Juliet to Manon and Mayerling. 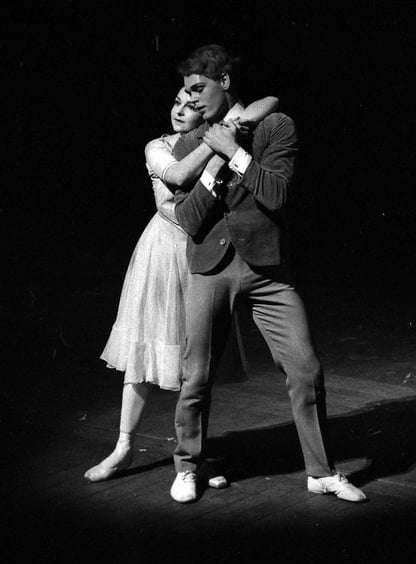 Let it be said that this is a tremendous revival, The Royal Ballet getting it right in what with the best of glosses can be termed a mixed season. This is because The Invitation is a top-drawer ballet from a first-class choreographer, given in designs by a great designer, to atmospheric music by a talented composer and cast exceptionally well – would that could be said about some of the recent offerings. The action takes place in a tropical Edwardian setting, perfect for a narrative about the repression and explosion of sexual desire, Nicolas Georgiadis’s dark-hued backcloths contrasting with his period costumes. Mátyás Seiber died before he could finish the score for MacMillan, making it a long one-act (it lasts an hour) rather than the planned two-act ballet – his music is entirely right: insistent, and, at times, percussive, it nevertheless provides recognisable themes and even social-dance pastiche.

Francesca Hayward is one of the company’s brightest hopes, certainly in terms of finding a dancer who can carry the great roles made by Ashton and MacMillan; as The Girl she notches up another success, bringing detail and sensitivity to a role created by Lynn Seymour. Petite and delicate, Hayward is a perfect physical contrast to the adults around her and captures the portrayal of a youngster on the cusp between innocent child and knowing adult. She is clearly very young, horrified at the womanly attributes of nude garden statue which shows her what she will become and innocently batting away the gauche attentions of her slightly older male cousin. The arrival of an adult married couple, the husband of which clearly finds her striking, leads her to flirt entirely innocently and to bask in the subsequent attention – in a social gathering, she shows her fellow children how more grown-up she is than them by dancing with him, but it is her unknowing come-on that leads to her rape by a man, locked in a loveless marriage, and uncontrollably aroused by her behaviour. 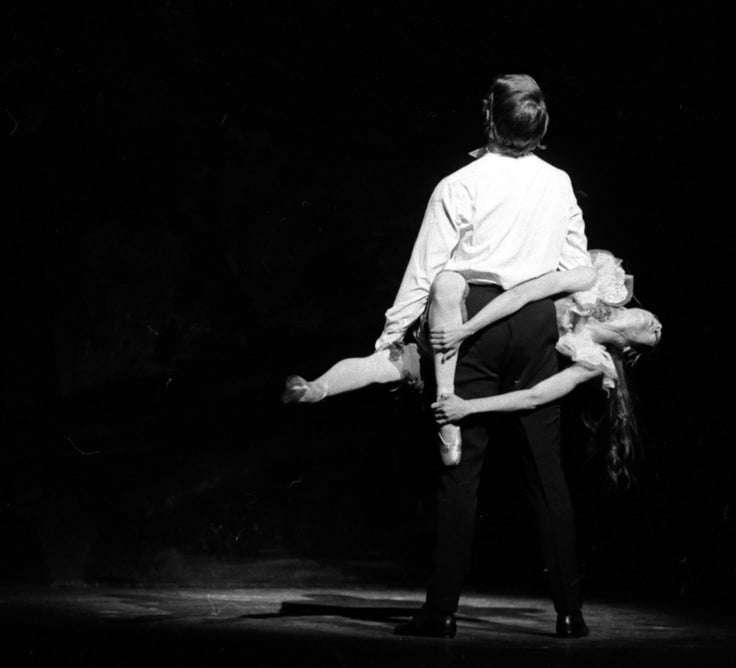 Hayward, in her role debut (the ballet has not been performed for two decades) delivers a nuanced and beautifully-paced performance and finds the almost expressionistic style that so expertly conveys the post-rape state she finds herself in. Vadim Muntagirov, blessed with a natural and rare purity of stage presence anyway, makes much of the older cousin, attracted to her and naturally curious about sex who willingly lets himself be seduced by The Wife. Zenaida Yanowsky is a formidable actress as well as a great dancer, and The Wife allows her to explore every detail, the weight of every gesture, every look – her horror at the realisation that her husband finds this young girl attractive is powerfully conveyed, giving the impression that what we then see may not be the first time that it has happened. She works so very well with Gary Avis’s repressed husband, visibly buttoning himself up in a straitjacket of morality and social convention, but clearly yearning for physicality, love and sex.

The contrast between the innocent gambolings of the Girl and Boy and then the pas de deux between the Husband and Wife was arresting, Avis and Yanowsky in a battle of attraction and revulsion, their bonds tightening as they struggle against them. Avis portrayed the revulsion felt by the Husband after he forces himself in the Girl with a searing intensity – he is a notable performer.

The Invitation is a great work, a vital ballet in the MacMillan canon, and a necessary ingredient in this company’s active performing repertoire which has, in recent years, become watered (and weighed) down with decidely below-par creations. Wayne McGregor, the company’s Resident Choreographer, has been responsible for many of them, so a new work by him for the company does not exactly quicken the pulse in anticipation, given his over-reliance on style over content, empty Emperor’s new choreography dressed in a chi-chi cutting-edge clothes. 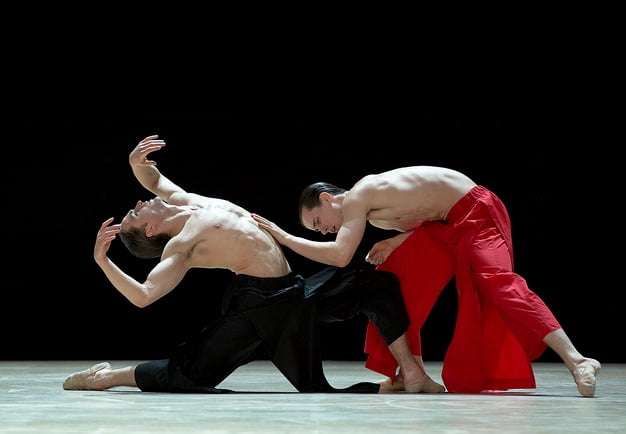 Obsidian Tear, despite bearing yet another tiresomely obtuse title, is actually rather good. To begin with, there is a terrific score from Esa-Pekka Salonen, his violin solo Lachen verlernt followed by his epic Nyx for full orchestra, played to the nines by Vasko Vasiliev and the full Opera House orchstra under the composer himself. Nyx is a brooding hulk of a work, possessing hints of Ravel and a distinct feel of the North and has clearly inspired McGregor (and a most welcome dramaturg Uzma Hameed).

The key to Obsidian Tear’s success is that there are hints of hidden narrative; all too often McGregor opts for dance which seems to have no purpose, no meaning whereas so often the most successful abstract works (such as Ashton’s Symphonic Variations or Balanchine’s Serenade) hint at more than what we simply see. Thus the observer is intrigued and intellectually engaged as well as being simply a witness to movement.

Obsidian Tear opens with two dancers, identically attired dance with and around each other. The relationship is close, brotherly even, Matthew Ball and Calvin Richardson, two immensely promising artists, inhabit the Covent Garden stage with confidence. They are bare-chested and both wear trouser overlaid with strips of material, thus making an ankle-length skirt in repose, Ball in black, Richardson in brilliant red. It evokes the Orient or Ancient Greece. We are intrigued. In the second section a community of other men, all in black, seemingly presided over by Edward Watson (Nyx?) in a shirt dress. Ball is accepted and dances among them whereas successive attempt by Richardson to integrate are ultimately rejected leading to a final confrontation in which he is carried to the back of the stage and thrown off it into oblivion. What is happening? Why? We do not know, but the key is we are engaged and intrigued, trying to make sense of it.

Ball then rejects Watson to be left alone on the stage and then for him to hurl himself off it to join his ‘brother’. A powerful end indeed. The cast of nine men are irreproachable in their commitment to the choreographer and his movement, finally, after 10 years with the company, more of a fusion of his own twitchy, jerking style and the company’s own classical tradition. Impressively lit by Lucy Carter, to a superb score, Obsidian Tear makes for a strong opening ballet indeed.

Christopher Wheeldon’s Within the Golden Hour was performed only a few weeks back with the same opening night cast and so this reviewer felt it unnecessary to comment upon again [see link below for review], save to observe that such scheduling must be questioned. Last year’s season also ended with a re-revival of a work already performed earlier on, the only conclusion is that the pressures on rehearsal time for an impending foreign tour have meant that, for the second year running, The Royal Ballet has skimped in its London schedule in favour of a lucrative tour abroad.