Tchaikovsky
The Nutcracker, Op.71 – Ballet in two Acts to choreography by Demis Volpi after Lev Ivanov, based on an original scenario by Marius Petipa after E. T. A. Hoffmann’s Nussknacker und Mausekönig 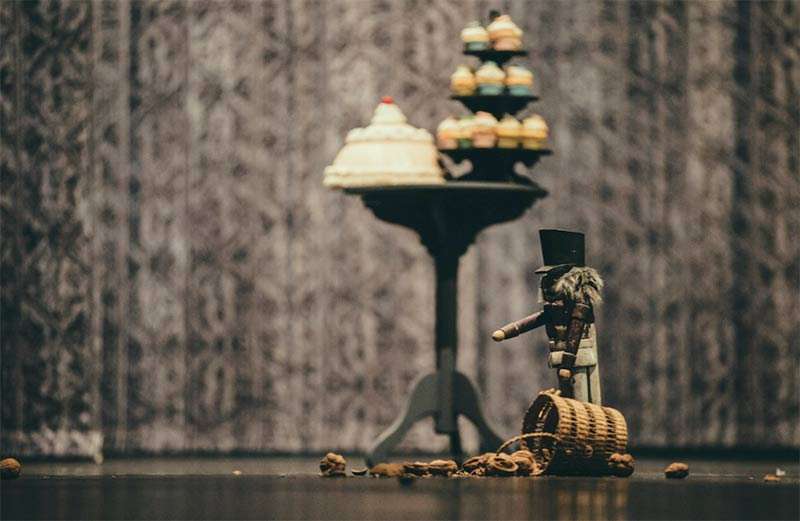 Just when the last of the decorations have been packed away, the Christmas chocolates guiltily scoffed, and the pine needles hoovered up, off to Antwerp for the post-Christmas premiere of a new Nutcracker, set for a run until April. Of interest is the fact it is by Demis Volpi, a promising young choreographer from the Stuttgart stable. The Royal Ballet of Flanders is a small-to-medium sized company, but lacks nothing in ambition, and this is an attempt to secure something early from a young choreographer who might just ‘go global’.

This new Nutcracker is very much a curate’s egg, Volpi showing his ability to have interesting ideas and bring something new to it, but he is, in this production at least, very much caught between two stools – the Classical idiom of dancing with its pointe shoes and ballet conventions, and a freer dance-theatre approach that British audiences know best from Matthew Bourne. The final pas de deux, which here is for Clara and the Nutcracker, newly restored to human life, is essentially neo-Classical with its lifts, leaps and supported turns, whereas the Arabian dance becomes something from Pilobolus, with its black-clad dancers and their heads swathed in countless lights, giving a moving light show. In between, a genuinely bizarre, almost sinister Waltz of the Flowers, in which dancers in full, yellow body stockings wear a mask of flowers that cover their entire face and head.

There is often little actual dancing on show. The great Waltz of the Flowers becomes a pas de trois for the Queen of Snow, and two plainly-clad men who are, apparently, icicles, with the small corps de ballet, prettily clad in snowflake tutus, barely get any movement and spending some of the time pretending to sing the vocal accompaniment. When Volpi has an idea, he often clings on to it for too long, and the effect wears thin. Thus, the opening scene of the Stahlbaum family children playing with a giant rubber skipping band outstays its welcome, doubly so when Mrs Stahlbaum herself starts playing with it too. A mention though for Philipe Lens, whose Fritz, Clara’s naughty brother, constantly caught the eye – he simply fizzes with character. 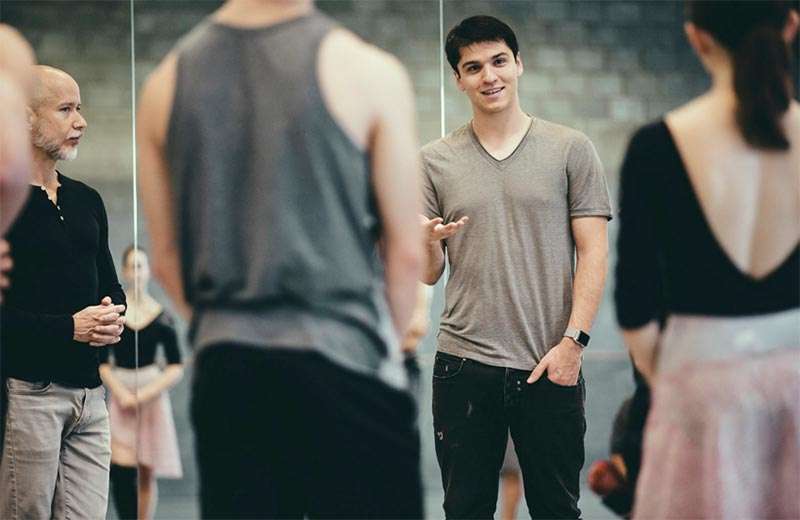 Drosselmeyer’s tilting of his head and swishing of his tailcoat are overdone too, even when performed by Alain Honorez in a look which owes not a little to Jonny Depp, while Wim Vanlessen is quite superb as the Nutcracker who emerges from a standing clock and remains a marionette until the final scene. His jerky movements and poses into which Drosselmeyer shapes him are constantly ingenious, none the more so than when partnering Fiona McGee’s fresh, engaging Clara, whose love for a puppet is rewarded when he becomes flesh and blood. For both of them, Volpi creates ingenious if ultimately unmemorable movement.

Scenically, this Nutcracker has its moments, notably the Kingdom of the Sweets sequence, which has a number of moving doors of varying sizes and that float back and forth, opening to reveal or receive dancers (very Alice in Wonderland). It certainly gets away from the usual Nutcracker schmaltz, but Act One at the Stahlbaums takes place in a seriously drab setting, determinedly un-enlivened by the Christmas tree in the corner. The costume aesthetic is hard to place – it seems 1950s America at first, but a bicycle crash helmet and the bike itself are resolutely modern.

The superb orchestral playing from deFilharmonie under James Tuggle is something of a wasted effort – the score is chopped up a little in the second Act – because Volpi seems intent on ignoring most musical cues. Time and time again, climaxes in the music are left unmatched on the stage, and clear rhythms are cut across in an unenlightening fashion. In not really choreographing to a lot of the score, Volpi frees the conductor up, so that many numbers, in the Act One Stahlbaum family get-together for example, are taken at considerable speed and with great verve, but that is hardly a recommendation for a choreographer. Volpi has clear talent, but with an unsure dance vocabulary for this production, and a design which is at times unhelpful, this new Nutcracker can only receive a muted welcome.