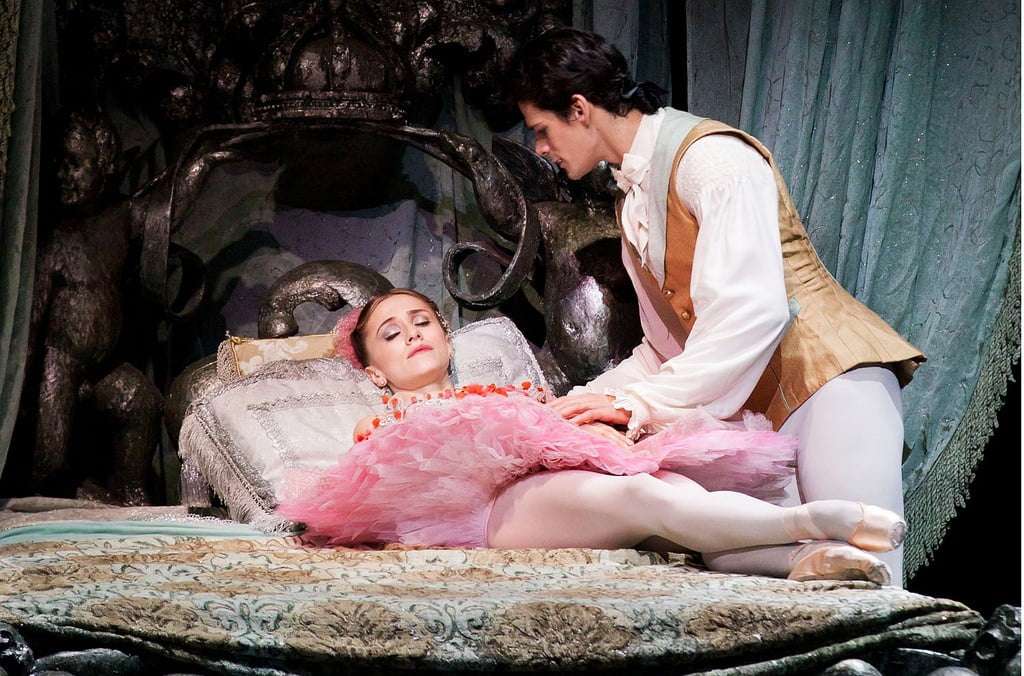 Thank goodness for The Royal Ballet’s The Sleeping Beauty. After a Christmas surfeit of sugar and icing, the company now settles down to what it is really about: Classical Dance. It is a great relief at a time when The Royal Ballet seems somewhat unsure of its own identity, slightly embarrassed perhaps about its mighty pedigree and traditions, to see the ensemble tackle the one ballet on which its reputation was forged. It was The Sleeping Beauty which re-opened The Royal Opera House on 20th February 1946 (for the ROH to insist that these performances mark the seventieth-anniversary of that event shows an imprecise grasp of basic mathematics at best); it was The Sleeping Beauty which dazzled New York audiences in 1949; it has been The Sleeping Beauty which has, for seven decades, been the keystone of the repertoire and the company’s calling-card around the world. It has been absent from the company’s performing roster for three years now, so many dancers are coming to it for the first time and experiencing what, in many ways, defines The Royal Ballet’s style and aesthetic.

On this showing, there is much indeed to praise, and care has been taken with this revival, even if some dancers as yet have not quite got ‘inside’ their roles, and numerous cast changes at this performance led to the occasional fluff from artists perhaps unused to their new positioning. In The Sleeping Beauty, there is nowhere to hide: the dancing must be of the highest purity, without mannerism or quirkiness, the acting less to the fairy-tale setting and more to the celebration of imperial splendour of this, Petipa’s masterpiece: gestures must be grand but not grandiloquent, the mime clear, the sense of a royal court with all its hierarchy, potent. In this, there is a little way to go: Christopher Saunders and Elizabeth McGorian have this ballet running through their every fibre, and present a King and Queen in the full company tradition, but it is sad to see certain members of their court forgetting to acknowledge them – it is essential for each and every artist to be entirely within the aesthetic for the overall effect to work. Splendid characterisation from Aurora’s four princely suitors in Act One, each carefully delineated – I was particularly taken with Thomas Whitehead’s stern-jawed Russian prince, bursting with self-belief, and Gary Avis’s courteous Rupert of the Rhine English Prince. Kristen McNally was a particularly spiteful Carabosse, icily beautiful in her black costume, good looks turned bad by an evil heart. 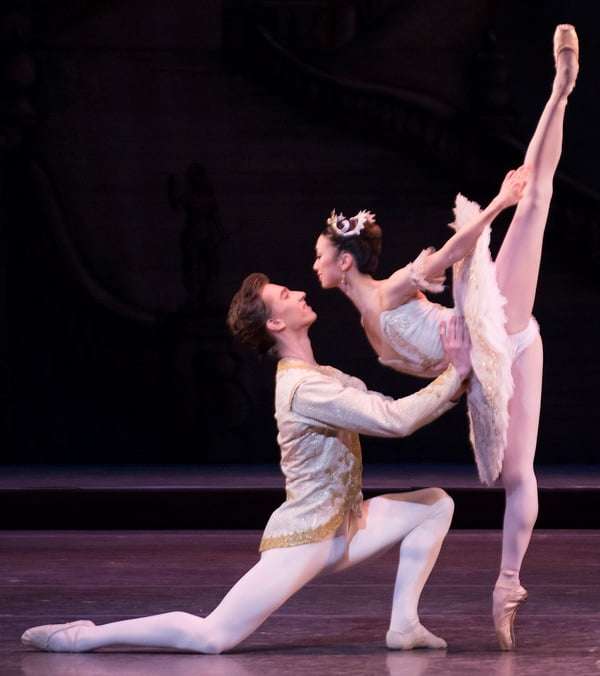 One suspects that the job of the ballet masters and mistresses of the company is rendered that much less easy by the now decidedly mixed nature of the artists in terms of their dance training. Less a problem in solo and small ensemble work, a lack of a common schooling and, crucially, musicality, makes large-scale corps work all the more challenging, so it gives great pleasure to report that the female corps de ballet was striking by its homogeneity, not least in the choreographically wondrous ballet blanc of the Act Two Vision scene. Male ballet dancers tend to be physically much more diverse in height and body shape, and this was exemplified by a strikingly disparate sextet of fairy cavaliers in the Prologue, whose brief ensemble work showed a decidedly varied approach to the music and, indeed, some of the steps.

The Sleeping Beauty is a work with an extraordinary number of featured solos and duets, giving plenty of opportunity to shine, but also a test of the depth-of-talent in a company. It is good that Kevin O’Hare is unafraid of casting principal dancers in such solos, showing respect for their importance as small-scale dance-works and an acknowledgment that there is no such thing as a ‘small part’. Francesca Hayward (an Aurora-to-be later in the run) was a notably fresh Fairy of the Song Bird, feet fluttering in tight bourrées, and then an equally enchanting Princess Florine, whose solo can often be overshadowed by the pyrotechnics of The Bluebird’s solo which precedes it. Equally, Yasmine Naghdi judged her Fairy of the Golden Vine with the right farouche quality and then was a precise Sister to Florestan in Act Three. 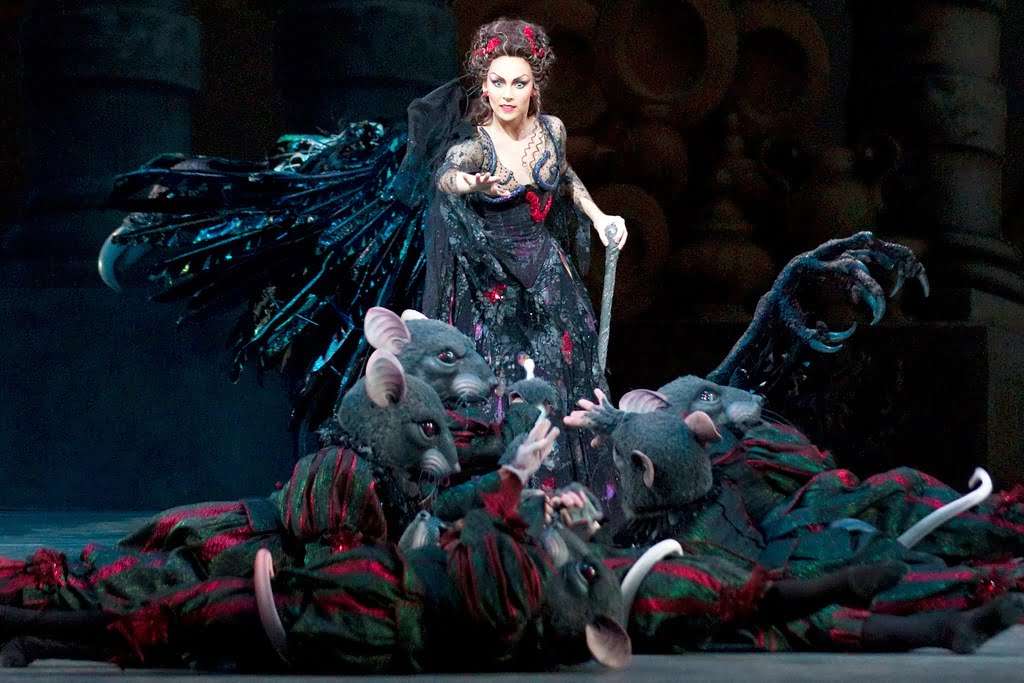 James Hay, ever an interesting dancer, made his mark as Florestan, acknowledging the fact that this section is Frederick Ashton’s reinterpretation of Petipa; Hay brought an easy expressiveness to his upper body and a serene and seamless quality to all his movements. Alexander Campbell was a Bluebird of note – not unduly flashy as some can be, but hugely respectful of the demanding choreography, which he danced with notable strength and lightness. Elsewhere, there is plenty of technical proficiency on show, but sometimes also a lack of elegance and an understanding of the particular free-flowing classicism which defines this company. Precision and neatness also lie at the heart of how this company moves, so any fudge in landing or placement detracts from the overall effect.

At the ballet’s centre is the Princess Aurora and her Prince Florimund. We were fortunate indeed to be given a free upgrade for our Prince with the unscheduled presence of Vadim Muntagirov, The Royal Ballet’s finest Classical male dancer at present, who dances ballet princes as to the manner born. His thoroughbred physique is made for the elegant beauty of Petipa’s choreography, his stage demeanour naturally princely – refined with just a hint of polite reserve. He delivered a flowing Vision scene solo, demonstrating a real understanding of Ashton’s lyricism, and then dazzled in his Act Three solo. His partnering of Sarah Lamb was exemplary, presenting her selflessly; they make a handsome couple, with complementary physical proportions. I wish I could warm more to Lamb’s Aurora – she is a highly accomplished dancer, who sailed through all the challenges of this, the most exposed of all classical roles, but who neither radiates the innocence of the 16-year-old princess in Act One nor the radiance of the newly married Aurora in Act Three. She was most successful in Act Two’s Vision scene as an image of Aurora conjured up to beguile Florimund. Here, she impressed with the cool purity of her dancing.

It was with great sadness that the ballet world learned of the death of Peter Farmer, whose stage and costume designs have been a part of it for so long. It was Farmer who reinterpreted and augmented Oliver Messel’s 1946 designs for this 2006 production and who, in successive revivals carefully tweaked them to achieve the right effect. This Messell/Farmer amalgam has finally settled at this revival, with more of the former’s bold colour palette and fondness for off-centre costume effects than ever. It makes for a sumptuous stage-picture and one which provides the company with a beautiful setting for its dancing and of which it can be proud. Our thanks to Farmer for this and his many contributions to British and world ballet.

Valery Ovsyanikov led a spirited performance of Tchaikovsky’s score, orchestral colours bright and bold, the brass particularly tangy; it was good to hear this superlative orchestra sounding so engaged with a ballet score.