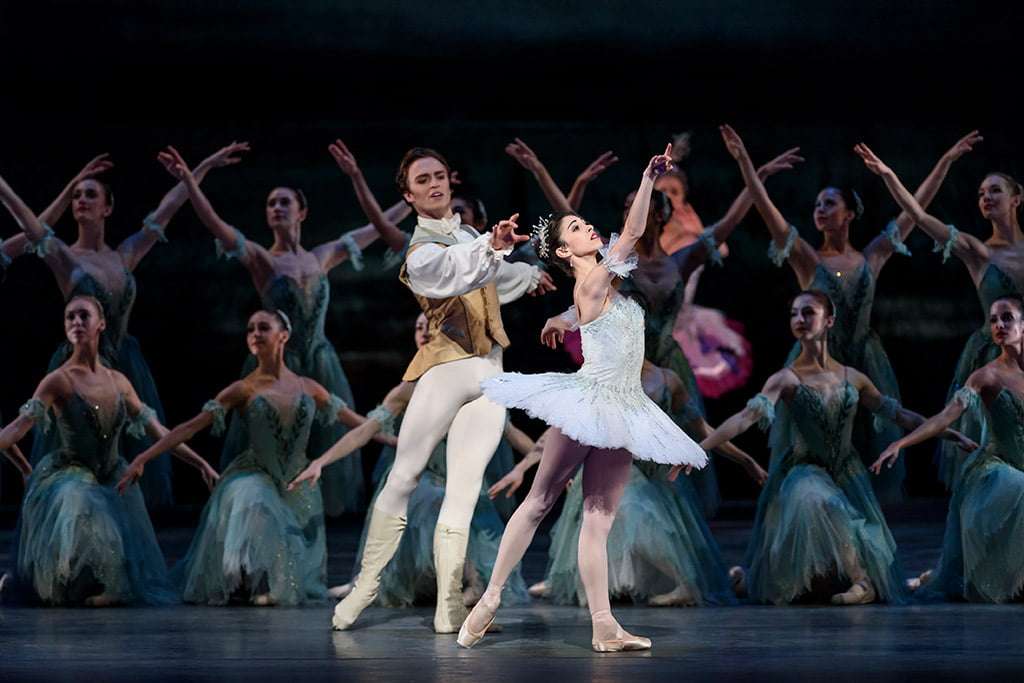 It is hard to overstate the importance of The Sleeping Beauty in the repertoire of The Royal Ballet; it is a ballet which is simply part of the company’s DNA. The reasons for this are many, but this is the work with which Ninette de Valois laid claim to great Russian classical dance heritage, is the greatest and purest of Imperial ballets and, indeed, the dancing text at Covent Garden is arguably the ‘purest’ and most faithful to the original Marius Petipa creation of 1890. The title role of Princess Aurora was perhaps Margot Fonteyn’s finest, and all interpreters at The Royal Ballet measure themselves in part against her.

This latest revival sees a new generation of dancers taking the main roles, the latest to lay claim to their heritage in Monica Mason’s uber-traditional production, itself a recreation of the Oliver Messel designed version which re-opened Covent Garden after the Second War and sealed success for the ensemble in New York. It is a triumph. With evident careful and loving teaching, coaching and rehearsing, the company currently dance this wondrous ballet as they should, to the manner born, with an unforced lyricism and loving attention to detail. From the corps de ballet through the many solos, the character dancers to the lead couple, theirs was a homogeneity of approach and vision, a shared artistic purpose. 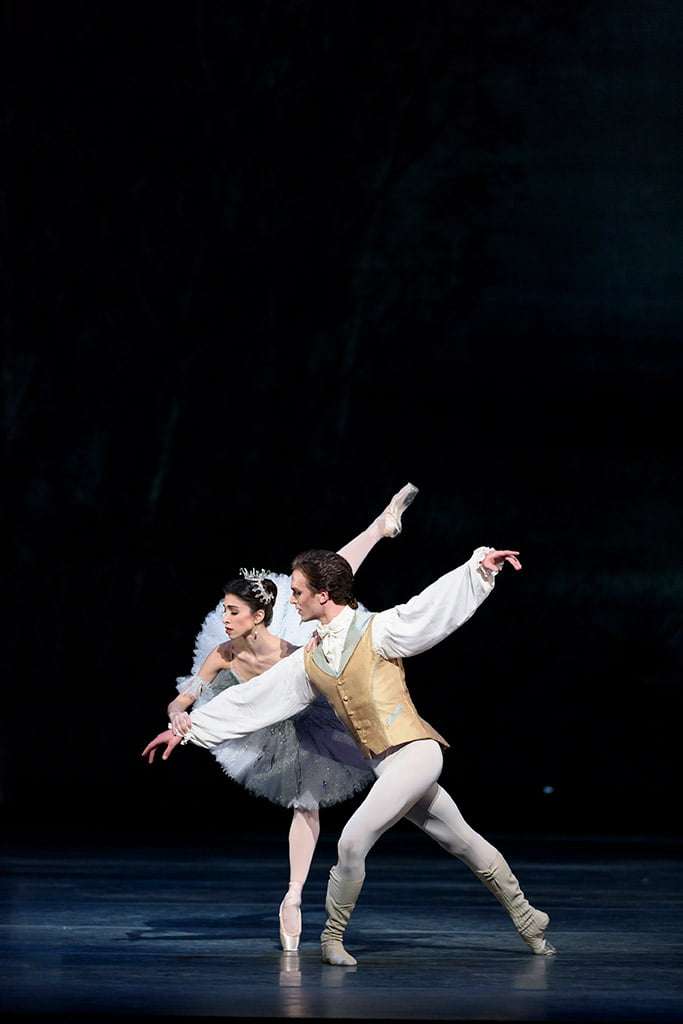 First night Aurora was Yasmine Naghdi, a principal who combines pin-point technical accuracy with meltingly beautiful arms. Her Princess was generously danced, with a noticeable use of her eyes which darted around to each of her four suitors in the Rose Adagio with a mixture of excitement and curiosity. Throughout, her dancing was characterised by a fine musicality which allowed her to ‘ride’ Tchaikovsky’s music and to phrase the choreography in great arcs of movement. She was perhaps at her finest in the Act II Vision Scene, and, within that, in her solo, with dancing of the purest classical proportion, grace and poise. In Act III she brought a new-found regality to her dancing as she celebrated her marriage to Florimund, her movements expansive yet always aristocratic.

Matching her with his most classically pure dancing to date was Matthew Ball, looking every inch the ballet prince and acting with refined detachment in the Hunting Scene, only to give way to evident love during the following vision. He and Naghdi are well-matched both physically and temperamentally, and their duo work showed a real understanding of each other. If his forest solo was a trifle bumpy (Ashton’s choreography demands the smoothest legato dancing), his Act III wedding solo was finely judged, with perfectly placed feet in landings and an unhurried, unforced classicism throughout.

Much else to impress, not least Marcelino Sambé’s extraordinary, airborne Bluebird, feet fluttering in the fiendish jumps, body shaped in graceful curves and Fumi Kaneko who, as the Lilac Fairy, brought a near-ideal amalgam of technical poise – her Prologue solo was danced as if it were the easiest of things, which it most definitely is not – and the requisite warmth and protectiveness which saves the day after Carabosse’s curse. Kaneko continues to develop as a dancer and this Lilac Fairy marks a clear step forward for her as an artist of the greatest potential. 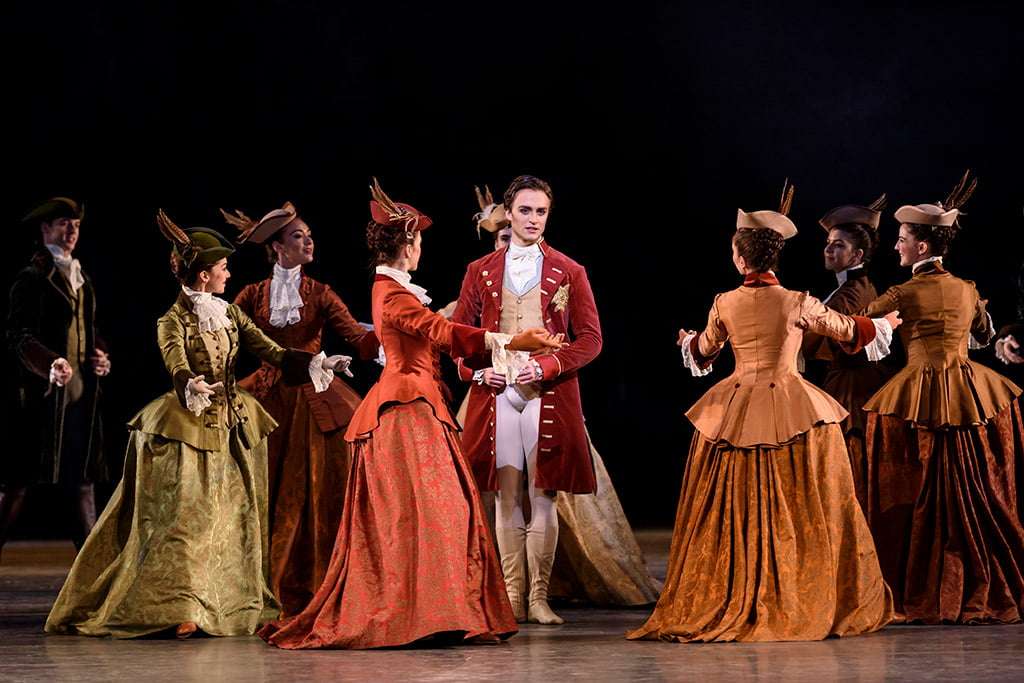 A mark of how well this revival has been prepared was that even the Puss-in-Boots duet in the Wedding Act did not drag, with Paul Kay and Ashley Dean bringing genuine amusement to their feline goings-on. The Florestan pas de trois was a true highlight, bringing three of the company’s most interesting and satisfying artists together: James Hay, that most elegant and refined of dancers, who displayed his beautiful line to great advantage; Anna Rose O’Sullivan (who is due to dance Aurora to Hay’s Prince later in the run), as fleet of foot as could be and Mayara Magri, impeccable of phrasing, total mistress of her choreography. A true test of the company’s strength lies in the Prologue’s six variations, each of which defines the attributes of the fairies in attendance at Aurora’s christening. These were danced with a shared attention to style and with both strength and grace. Excellent dancing from the corps de ballet throughout.

Three small flies in this particular ointment, two in terms of the production, one in the casting. Christopher Wheeldon’s lazy Act I waltz continues to disappoint, with precious little dancing of worth and a laboured approach to stage patterning. With Ashton’s enchanting waltz in the bottom drawer of the repertoire, there can be no excuse for this unexciting version. Second, the hunting scene still feels shorn of its purpose with the continuing excision of two of the three dances which were always performed, and, finally, Thomas Whitehead’s inappropriate Master of Court Ceremonies Catalabutte, who seemed intent on playing this character part for laughs; Leslie Edwards brought dignity and poise to the role in times past.

Minor cavils apart, this is a fine revival indeed of an essential work in The Royal Ballet repertoire. To see it in performance is to judge the health of the company, as there is nowhere to hide in terms of dancing – only pure, classical dance will do. It is gratifying to report that the ensemble is currently in rude health, with dancers at every level demonstrating the qualities needed for this great work.