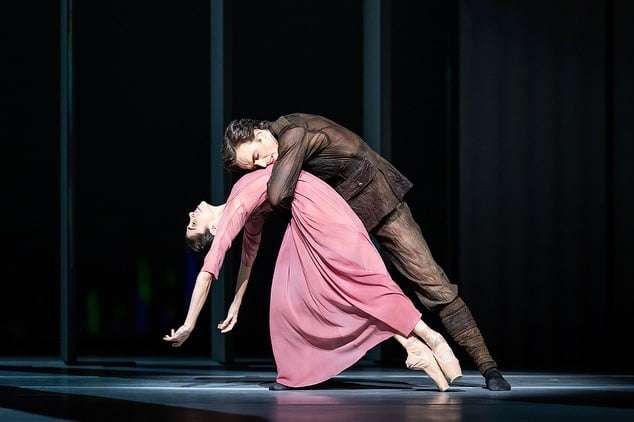 It is hard to fathom the process by which The Royal Ballet decides upon the composition of its mixed evenings of dance – a good triple bill possesses an internal logic and thought as to its internal dynamic. However, in recent years at Covent Garden, the overriding principle seems to owe more to Chaos Theory. And so it proved with the latest combination, bringing a new work by Alastair Marriott to a commissioned score from film composer Dario Marinelli together with a revival of Wayne McGregor’s rebarbative Infra set to Max Richter and sundry electronic scrapings and George Balanchine’s lustrous white tutu extravaganza Symphony in C set to Bizet. Quite what their juxtaposition brought to each of the component works is anyone’s guess, but it was a trio which was almost guaranteed not to please anyone as a whole evening.

Character Principal Marriott occupies something of a state of limbo outside the triumvirate of The Royal Ballet’s ‘house choreographers’, called upon every so often to create something but never quite one of the gang. He was given the short straw with a commission to commemorate the centenary of the end of the First World War, a thankless ask to say something new about what has been gone over again and again. The company already possesses an outstanding evocation to that conflict in Kenneth MacMillan’s 1981 Gloria, so his task was approaching the impossible. The answer was to throw everything at The Unknown Soldier in terms of production: a stunning setting with revolving stage-high slats from Es Devlin combined with superb lighting by Bruno Poet, striking projections from Luke Halls and costuming from Jonathan Howells – it looks quite splendid. However, Marianelli’s score is overblown, filmic, taking a full-screen, surround-sound approach – a little too much to swallow at one sitting. Most moving, the projected footage of Harry Patch (1898-2009), the last man from the trenches to die, and Florence Billington, a venerable lady recalling the heady days of the departure for war of the men in her village, her crush for one of them and the recollection of the news of his death. 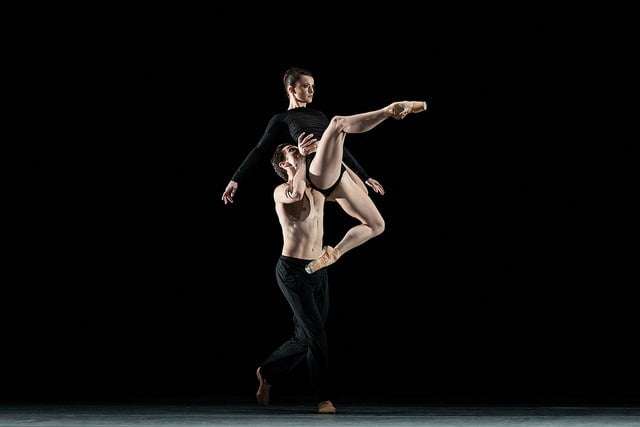 The problem is that Marriott’s always-fluent choreography never comes close to matching the pathos of their testimony. The dancers weave their way through a somewhat confused scenario with technical aplomb, if not much character, while there are glaring anachronisms (the social dancing at a pre-war get-together was far too Jazz Age). The final tableau in which one assumes the broken soldiers’ bodies are made whole is unfortunate: the young men of the company disport themselves bathed in a golden light in nothing more than skimpy pants which strikes an awkward note. The ‘Unknown Soldier’, is, confusingly, a named combatant Ted Feltham, danced with assurance by the increasingly impressive soloist William Bracewell, while Florence was Anna Rose O’Sullivan, displaying a fine line and honed dramatic qualities. But this is a work which neither moves nor indeed engages.

Infra is ten years old, but its revival cannot be received with much enthusiasm. McGregor’s O.C.D. choreography, all repeated movement, shakes and twitches, lunges and hyper-extensions rapidly becomes tedious, solos and duos skittering across the stage, the dancers, clad in an assortment of Moritz Junge’s pants and tops, doing their impressive all to reanimate this artistic dodo. Lucy Carter’s lighting design is virtuoso in quality, although one is less enthusiastic about Chris Ekers’s electronic burblings laid over Max Richter’s score played by his eponymously named Quintet. But, despite everyone’s best efforts, McGregor’s choreography-by-algorithm effort remains deeply un-engaging, profoundly impersonal in a work allegedly about, in his own words: “human intimacies”. 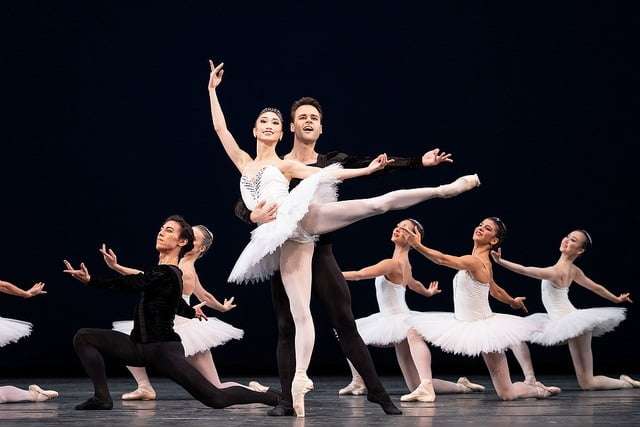 The revival of Symphony in C marks a welcome return for George Balanchine, whose large corpus of one-act works do not seem to find much favour presently at The Royal Ballet – world-class ballets nominally in the repertoire languish like Apollo, The Prodigal Son, The Four Temperaments, Agon, Theme and Variations to name but a few. Good to report then that the company danced this glittering masterpiece of neo-Classical dance perhaps better than they have ever done. Their recent work on La Bayadère served the women of the company well in Balanchine’s extension of Petipa’s technique with strong, idiomatic movement and secure placement; soloists were universally light and bright, bringing bounce and genuine élan to their joyous choreography. The four ballerinas and their cavaliers were almost all excellent, each bringing their own particular lustre to their movement of Bizet’s youthful symphony: Lauren Cuthbertson was majestic in the first alongside a noble Vadim Muntagirov, both exquisite in their shared musicality.

Marianela Nuñez in the dream-like second danced as if in a reverie; a pity that her partner was a notch under par. Akane Takada and Alexander Campbell delivered a third movement with quicksilver speed, entirely needed as Emmanuel Plasson took the Allegro Vivace at its word, while Yasmine Naghdi shone in her brief solo appearances in the fourth with a bouncy, characterful Valentino Zucchetti providing support where needed. Balanchine’s mastery of the form was everywhere apparent and, with the fine orchestral accompaniment and the dancers of The Royal Ballet at the peak of their form, Symphony in C emerged an uplifting end to what had, until the curtain rose on its bare stage and snow-white tutus, been a decidedly uninspiring evening.