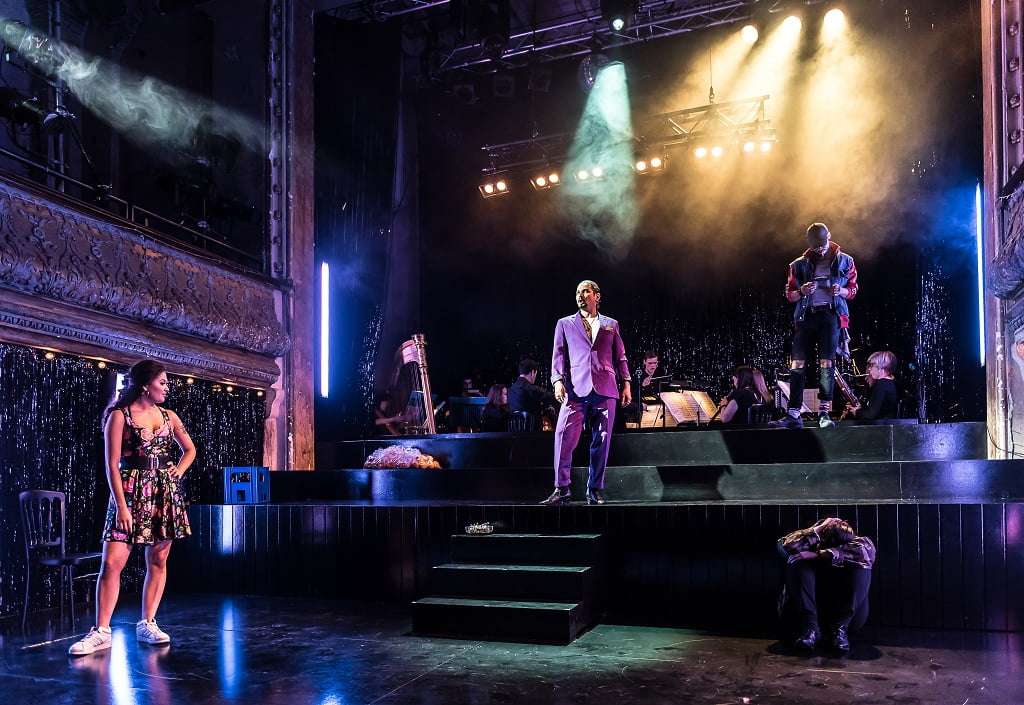 Imitation is the sincerest form of flattery. Make her big, make her small, put her in a film, a play or a musical, Bizet’s and Merimée’s Carmen continues to baffle, arouse and appal audiences. Peter Brook’s 1981 version is just one of many to play fast and loose with opera’s most unknowable heroine. To strip Carmen naked, as it were, Brook reduces the full opera to ninety minutes’ worth of character scrutiny and – with a higher body count than in the original – character assassination, loses the smugglers and squabbling factory-girls, and reintroduces Carmen’s husband from the novella to make her hinterland even more unsavoury. Marius Constant’s arrangement of the score for a one-of-each band of fifteen players uses the much-loved melodies, although, Morecambe & Wise-style, not necessarily in the right order.

La tragédie de Carmen opens and closes with a long viola melody, and there is hardly any of that sense of inescapable doom that Bizet threaded to such effect through his opera. In every respect, Brook cut to the chase, although I doubt that we are any the wiser about Carmen and her impulse to sex-drenched self-destruction. The only other production of La tragédie I’ve seen was English Touring Opera’s, which opened with Don José having just done Carmen in, so even in as merciless a focus on the central plan of failed/fatal relationships, there is plenty of room for directorial manoeuvre. 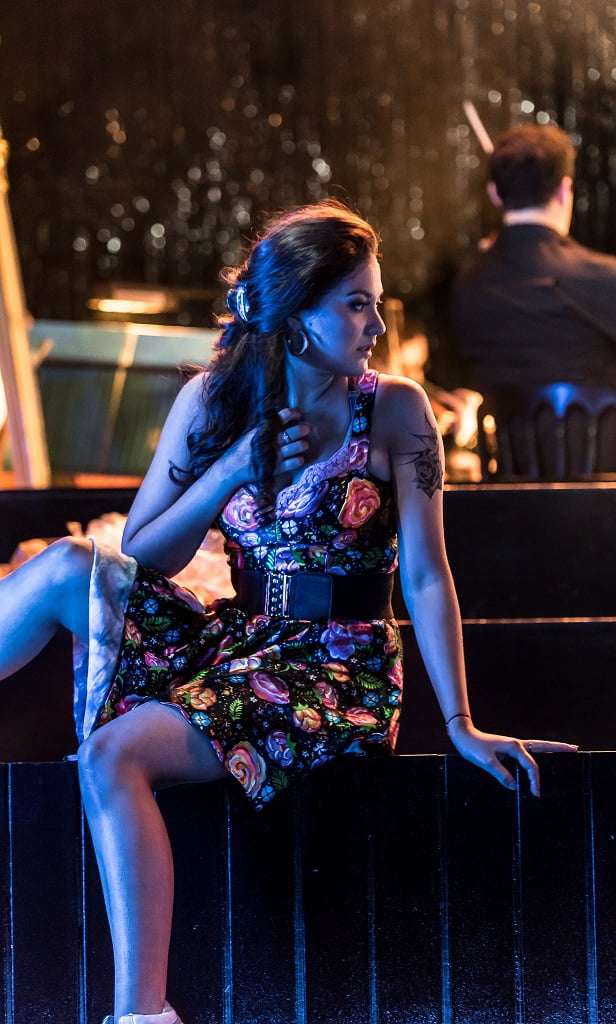 In his modern-dress staging, Gerard Jones hasn’t made up his mind between place and style, and although a revolving glitter-ball and some rather convulsive lighting suggest a down-at-heel disco (enhanced by Wilton’s romantically distressed interior), the story’s animalism doesn’t make much headway. There is a bit of context in that characters smoke cigarettes (Don José takes up the habit to mark that he is completely under Carmen’s spell), and the uniforms make the military component plain.

The singers have the opportunity of Wilton’s stage for some old-fashioned music-hall-style audience rapport, but, except for Gyula Nagy’s boisterous Escamillo, are rather diffident in using it. The acting, in front of the Southbank Sinfonia on a higher bit of the stage with James Hendry right at the very back facing the audience (a first for me, and very strange), for the most part was awkward and self-conscious, but there was no lack of emotional heft in the singing, As Carmen, Aigul Akhmetshina was directed more as pouting wild-child than as a man-eating, man-hating force of nature, but her voice is potent, confident and voluptuous, just right for the inward-looking ‘Habanera’ – and she looks stunning.

Thomas Atkins’s Don José was good as a hopeless romantic way-out of his depth and his fiery tenor sounded great in the ‘Flower Song’. Nagy was on macho-overload, with expansive, luxurious singing to match. The audience loved Francesca Chiejina’s Micaëla, a shy, specs-wearing teenager with a lovely and lyrical soprano, and her fight with Carmen over Don José had quite a shock factor. The actor Addis Williams ramped up the sleaze factor marvellously in the Lillas Pastias scene. The Jette Parker programme has chosen well. Hendry and the Sinfonia were similarly on the ball.