Mascagni
Cavalleria rusticana – Opera in one Act to a libretto by Giovanni Targioni-Tozzetti & Guido Menasci, after Giovanni Verga’s play, based on his story
Leoncavallo
Pagliacci – Opera in two Acts and a prologue to a libretto by the composer, based on the play Un drama Nuevo by Don Manuel Tamayo y Baus and the play La femme de tabarin by Catulle Mendès & Paul Ferrier

[both sung in Italian, with English surtitles] 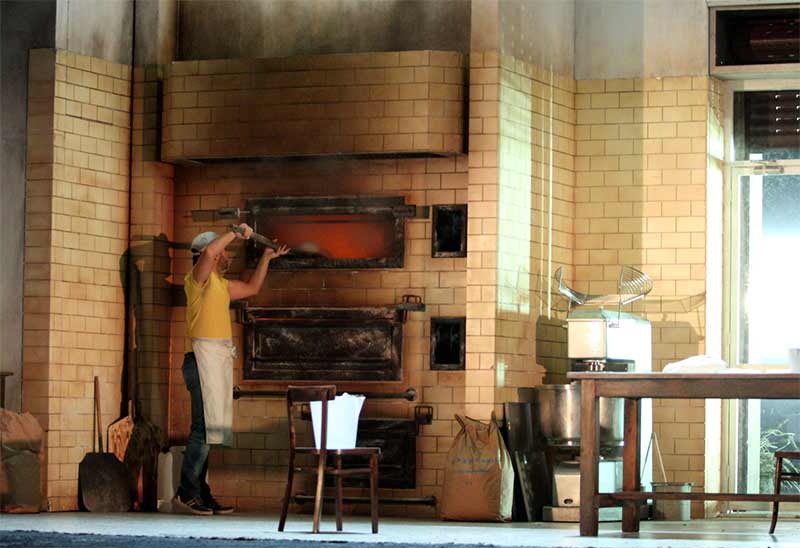 The first time the Italian director Damiano Michieletto worked at Covent Garden, the result – a violent, some thought gratuitous rape scene in Guillaume Tell – caused an almighty fuss. His new productions of verismo’s gruesome twosome ‘Cav and Pag’ – the Royal Opera’s first since Zeffirelli’s pairing was retired in 1989 – gives the two operas’ sex, violence and revenge their broadly conventional due but with the extra twist of a connective narrative between them. It’s not the first time this has been done, but Michieletto takes it further, adding an element of time displacement into the sequence.

It starts simply enough, with a powerful opening for Cavalleria rusticana telling us that when Turiddu sings off-stage that he’d die of desire for Lola, he should be careful what he wishes for. Later, though, in Pagliacci, the same children dressed as angels who accompanied the Easter procession, are acting in a Passion play (which would happen before Easter), and in the terminal play-within-a-play of ‘Pag’, Michieletto blurs the edges between art, reality and wish-fulfilment with impressive theatricality. 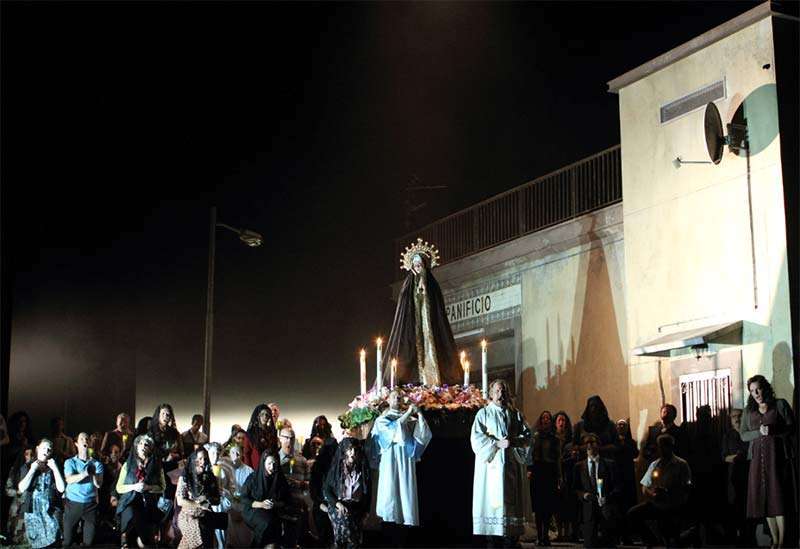 There are more precise links – in ‘Cav’, Nedda lends a hand putting up the posters for a forthcoming touring production of Pagliacci, and in the ‘Intermezzo’, she and Silvio have their first shy kiss, while in ‘Intermezzo’ of ‘Pag’, Santuzza (from ‘Cav’) makes her confession to a priest who presumably refuses absolution.

Given that the operas revolve around jealousy and revenge, Michieletto’s fluid handling of his imposed links had just enough substance to suggest a bigger picture. His designer Paolo Fantin’s set was a village in 1980s’ southern Italy at its most repressive and flyblown – the over-used revolve presenting the interior and exterior of the local bakery in ‘Cav’ and in ‘Pag’ the village-hall theatre and its basic backstage. The famous ‘Easter Hymn’ of ‘Cav’ boasted a statue of the Virgin Mary that in Santuzza’s overwrought state came to life and pointed an excommunicating finger at the pregnant sinner, a lurid detail that neatly summed up the claustrophobia of village life and its potential for Mafia-style retribution. 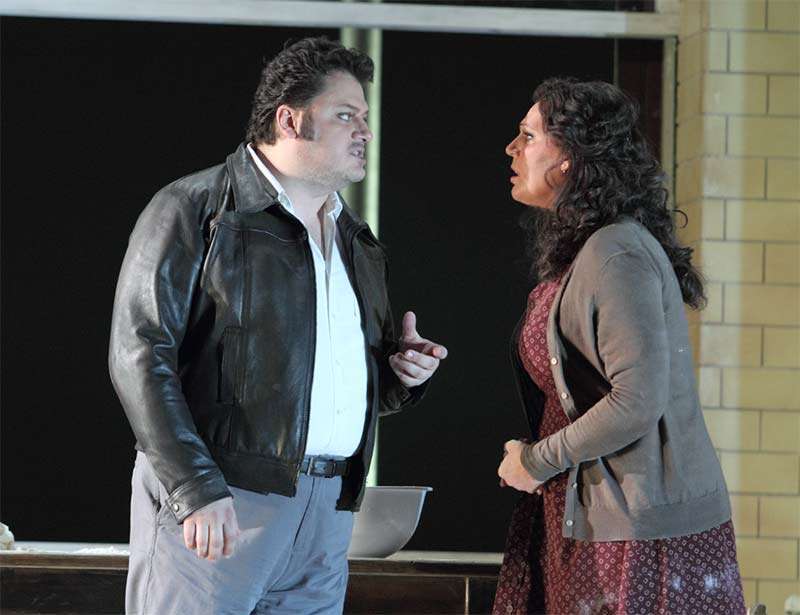 The singing had an almost cinematic breadth and character. Aleksandrs Antonenko has an unruly top register, but there was no lack of vigour in Turiddu’s obliterating animal passion, and, while he overplayed raw savagery, he precisely caught the spirit of Canio’s ‘Vesti la giubba’ (On with the motley) and was electrifying as he goes out of control in the play. Eva-Maria Westbroek’s Santuzza didn’t spare us in her misery pile-up, but the generosity of her performance tipped into some intonation problems. In terms of vocal power, she and Antonenko were well matched in Santuzza and Turiddu’s recrimination duet.

As the agent of death in both operas, Dimitri Platanias isn’t the most subtle of actors, but his spivvy salesman Alfio and twisted Tonio seethed with fury and loathing, both vividly and blackly-sung roles and blood-brothers to Iago and Rigoletto. 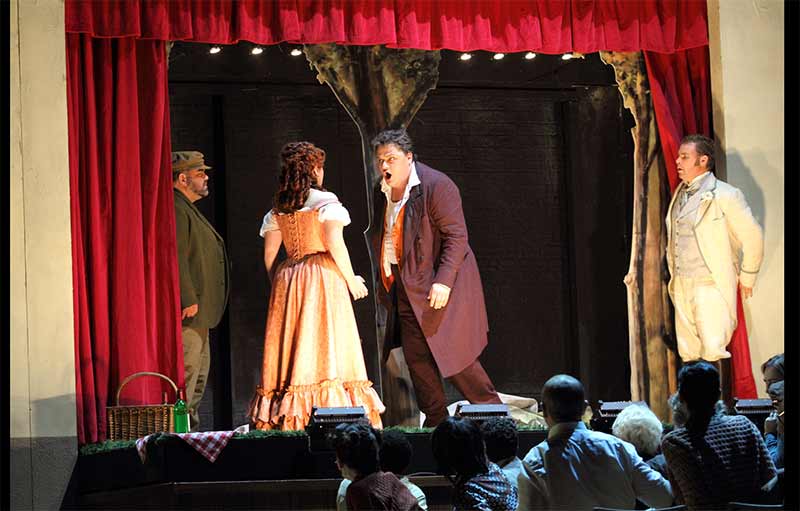 Among the main roles, the most refined portrayal came from Carmen Gianattasio as Nedda, sweet, compliant and silent in ‘Cav’, compromised, threatened and intensely sung in ‘Pag’. Martina Belli was superbly slinky as no-good Lola in ‘Cav’, Benjamin Hulett’s lyrical Beppe was a great pleasure and the aptly named Dionysios Sourbis and his attractive baritone was an irresistible package for poor Nedda. Elena Zilio drew the greatest applause for her eloquent, entirely sympathetic Mamma Lucia. Apart from being required to do some over-extravagant grieving, she portrayed the tension between her love for her feckless son and her duty towards Santuzza with natural authority.

Antonio Pappano and the Royal Opera Orchestra sounded in their element in Mascagni’s sweeping energy and Leoncavallo’s more schooled and arty style, and the Chorus was magnificent, and magnificently directed, as panic takes over in the closing scene of ‘Pag’.

There’s a live cinema screening on December 10, and BBC Radio 3 is broadcasting it on 6 February.