Gounod
Faust – Opera in five Acts to a libretto by Jules Barbier & Michel Carré [sung in French, with English surtitles] 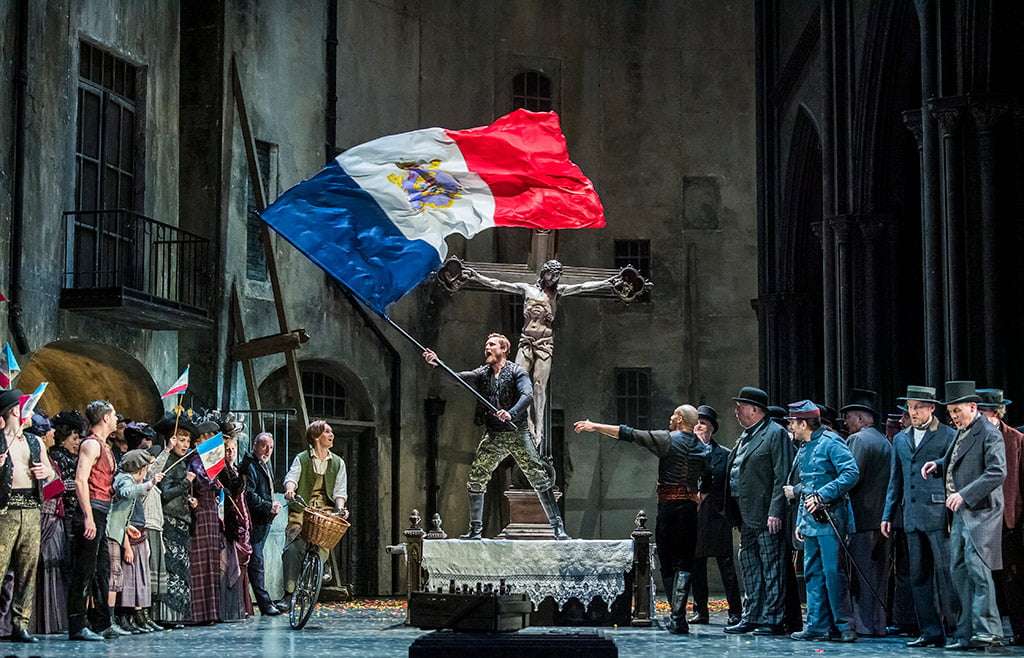 David McVicar’s production of Gounod’s Faust, here seeing its fifth revival since its 2004 opening, remains one hell of a show, its historically reverent but theatrically modernist and brilliant components are as vital as ever under Bruno Ravella’s taut direction. There was an extra sense of the improvisatory on this first night, for not only was Erwin Schrott craving indulgence for possible vocal roughness but Irina Lungu, recently announced as a replacement for Diana Damrau, had fallen ill on the morning.

So Mandy Fredrich had been flown in, arriving less than three hours before curtain-up, and was courageously undertaking this taxing role on a minimum of rehearsal. Her performance was a personal triumph vocally and theatrically she brought a refreshing take on making Marguerite credibly naïve and sympathetic without being insipid. The voice is attractively agile, and her distinctive quick vibrato brings a rich range of colour and intensity. Dan Ettinger and the Orchestra proved models of flexibility and support for her throughout.

Despite the warning Schott provides a thrillingly sung and superbly characterised Méphistophélès, ostensibly insouciant and yet the malevolence beneath the surface was always apparent, revelling in the extreme gothic and occasionally camp demands of McVicar. Stéphane Degout‘s Valentin is an exemplar of how best to sing these romantic French baritone roles, with generous but not over-ripe tone, impeccable phrasing, sense of line, and total command of the language, and gamely entered into the diabolic horrors of the Walpurgisnacht ballet sequence – those armed ballerinas remain scary.

In contrast, and provocatively, Michael Fabiano contrives to bring Faust’s casual, selfish and less-appealing facets to the fore from a dramatic perspective whilst singing with a large dynamic range. Yet there is ardour and desperation when required; his Faust is more of a pawn and victim and the more fascinating because of that.

There are some neat cameos from Marta Fontanals-Simmonds as a lush-voiced hapless Siébel and from Carole Wilson as a ditsy humorous Marthe. The Chorus, vital participants, is on splendid form; likewise the brilliant troupe of dancers tip-top.

Faust is an opera of great tunes and so the orchestral contribution could easily pass by unremarked; under Ettinger the players give of their best. This Faust remains a devilishly enthralling piece of theatre.