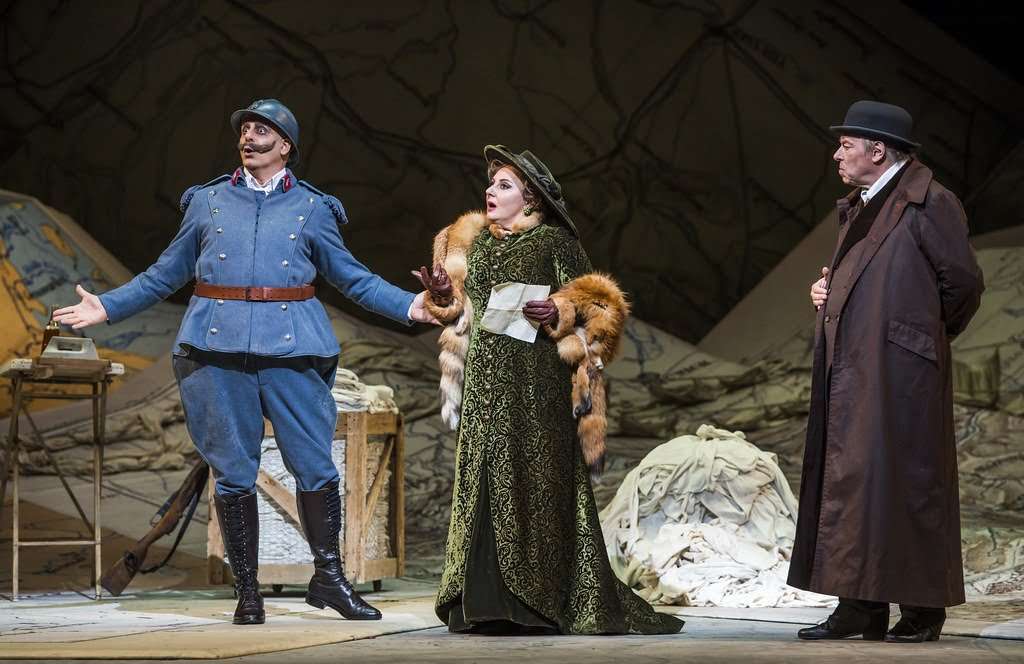 This is the fourth revival of Laurent Pelly’s engaging 2007 production of Donizetti’s fizzing comic opera, which has much to offer. True, the plot is a little flimsy, the end a bit peremptory and some of the humour obvious, but Donizetti’s score enchants because of its deft mix of bravura arias and ensembles that allow great (and they need to be great) bel canto singers to dazzle and enthral contrasting with passages of surprising seriousness, heart and pathos.

This revival catches the balance between the two extremely well, and Pelly’s whimsical take contributes greatly to the charm, although some aspects have lost a little bite/element of surprise after twelve years. No complaints about the musical offering though. Evelino Pidò’s conducting has great energy, his tempos generally fleet verging on frenetic yet always infectious. Yet he also relishes the moments of calm, not least in the Prelude’s depiction of the beautiful Tyrolean landscape – horns summoning images of mountain terrain, woodwinds birdsong and strings the forests – until the military march intervenes. Excellent playing.

The Marie and Tonio are new to the staging. Sabine Devieilhe’s rather silvery-voiced Marie offers a rather more vulnerable and thoughtful version of this tomboy heroine, rather cleverly implying that some of the extrovert bravura of the darling of her “Daddies Army” comes with emotional isolation, now challenged by the new experiences of attraction and love. Vocally she is extremely accomplished. The embellishments are thrillingly precise and exact, even when she deliberately skews tonality and agility in her hilarious singing-lesson scene, but the long-breathed, soft limpid singing of ‘Il faut partir’ and her Act Two scena really imprint her performance in the memory. 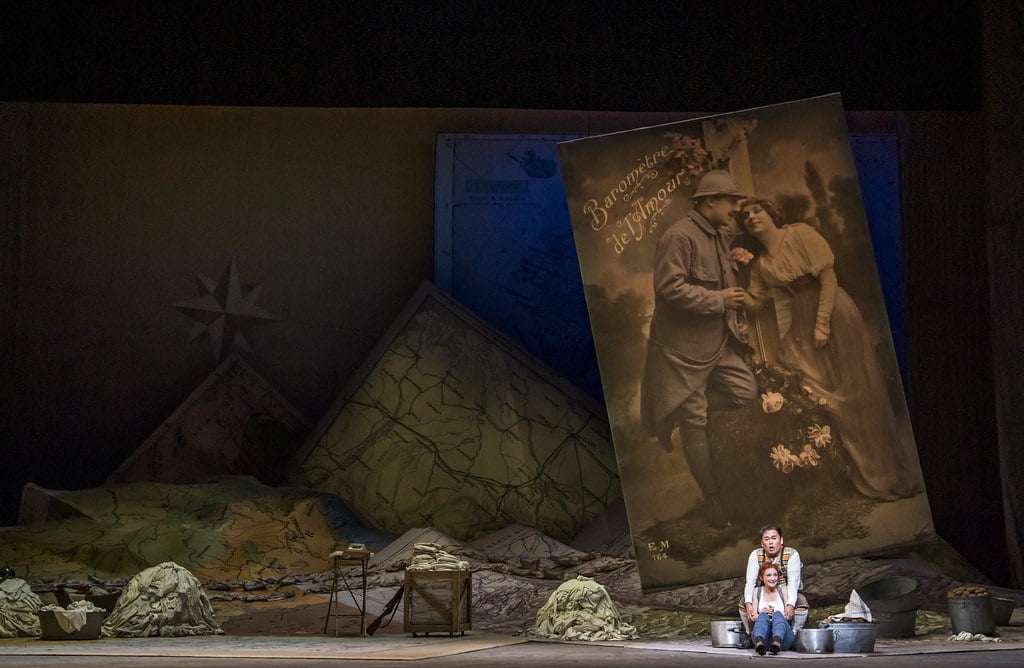 Javier Camarena as Tonio is a very engaging presence. He’s not such a natural actor but he knows how to wow and woo. ‘Pour mon âme’, with its showcase battery of top-Cs, is the hit of the work and Camarena delivers this with thrilling aplomb. Here, he encored a verse. He also knows how to evoke an empathetic side, and the plea to La Marquise de Berkenfield is most beguiling.

Most of the other roles are obvious foils, cameos and grotesques. Pietro Spagnoli’s Sergeant Sulpice is a brilliant mix of genial charm underpinned by self-centred outlook and is richly sung, every word telling. Enkelejda Shkoza seems surprising casting for the Marquise, but she reveals great comedic flair in her singing and especially in her dialogue and deportment. Donald Maxwell is a suitably fussy Hortensius, and Miranda Richardson thankfully does not overplay the gorgon that is La Duchesse de Crackentorp and we are spared the endless gags about chocolate fountains of previous revivals. The gentlemen take the lion’s share of the chorus work and are on fine form with Bryan Secombe’s Corporal as a characterful figurehead.