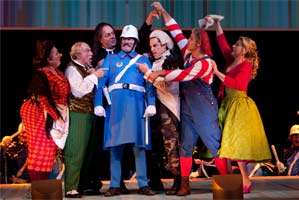 This was the first revival of Leiser & Caurier’s production of “The Barber of Seville”, a staple of the comic-opera repertory, and refreshingly uncluttered and colourful even if certain tics from this partnership are becoming more recognisable. Things got off to a cracking start on this first-night with a fizzing account of the Overture. Antonio Pappano led a fleet account with the lower-string writing admirably clear, mellow horn-playing and piquant woodwind beautifully blended into the mix. As ever Pappano was very sympathetic to the singers, and even if the tempos for some of the ‘patter’ sections were exhilaratingly fast they never threatened to pull the singers off the rails. 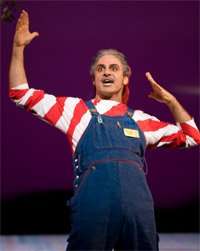 On paper this revival has a cast that is about as good as one could possibly hope for. Originally announced as Figaro, Simon Keenlyside has withdrawn on medical advice. He is replaced by Pietro Spagnoli who gives a very Italianate performance of the title role. Figaro is a hard part to pull for once the character has delivered ‘Largo al factotum’ he is more or less reliant on contributions to ensembles to make a dramatic and musical impact. For the most part Spagnoli achieved this and sang well, displaying an open-throated and virile-sounding baritone, a mite insistent of tone at times. No doubting his technical ability to sing Rossini’s tricky writing, however, and his performance as a whole is assured. 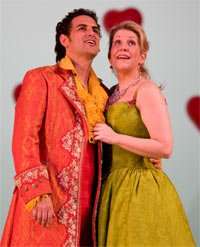 His task was made harder by the presence of a starry pairing in the roles of Count Almaviva and Rosina. When this opera was first premiered in 1816 it was under the title “Almaviva o sia L’Inutile Precauzione”, which gives the Count a distinct prominence in the action. In this complete Royal Opera House version, Almaviva gets his final aria ‘Ah, il piú lieto’ which is often omitted, even from recordings. A year later, Rossini recycled some of the music for the finale of “La cenerentola”. There are two reasons for its omission. It is an aria that slows up the action at the end of a long evening, and also it is fiendishly difficult to sing, a showstopper in both senses. However, when sung with such aplomb by Juan Diego Flórez it can bring the house down (and did!). On the downside it can make it all the harder for Figaro to remain the focus of the intrigues that propel the action. 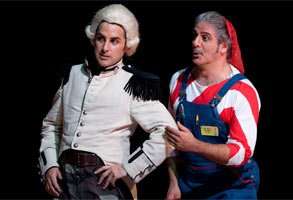 Flórez revealed in this performance why he is in such great demand as a Rossinian. He brought beguiling tone throughout a very wide range, a wonderful sense of line, the technical mastery to deliver Rossini’s most florid music with ease and matched this with an appealing stage presence. His ‘disguises’ were nicely differentiated and he helped keep the first scene interesting with his beautiful rendition of ‘Ecco ridente’.

Joyce DiDonato returns to reprise and, if anything, improve on her mettlesome and beautifully sung Rosina. This portrayal of Rosina is certainly feisty as her dart-throwing during ‘Una voca poco fa’ and her rather destructive personal ‘storm’ (one of the best directorial ideas of this production) revealed. DiDonato’s lovely velvety voice, comic timing and winning stage persona made for a great performance. Her decorations to the vocal lines were, like those of Flórez, elaborate, exuberant and delivered with considerable élan. She continued to sing and perform, with the aid of a crutch, after hurting her ankle in a nasty-looking fall early in Act One. What a trouper!

That fine singer Alessandro Corbelli revealed another of his great interpretations of buffo characters. Not only does he sing well, and with amazing clarity during some of the quickest patter, but also his portrayal of Dr Bartolo deftly reveals the absurdity of the character as well as serious and nasty undercurrents. Ferruccio Furlanetto’s cavernous and rich-voiced Don Basilio was certainly a major presence, but his singing was occasionally rather blustery and delivered at a fairly unremitting forte or louder which rather bunted its effect. More dynamic subtlety would have helped ‘la calumnia’.

In the smaller roles Changhan Lim was a witty Fiorello with excellent diction, and Jennifer Rhys-Davies delivered a nice cameo as a cold-ridden, sneezing Berta. The men’s chorus also made much of its contributions to both the first scene and the finales of each act.

Lovers of Rossini’s music should not hesitate to see the world-class performances of Flórez, DiDonato and Corbelli.