Janáček
Katya Kabanova – Opera in three Acts to a libretto by the composer based on Vincenc Červinka’s translation of Ostrovsky’s play The Storm [sung in Czech, with English surtitles] 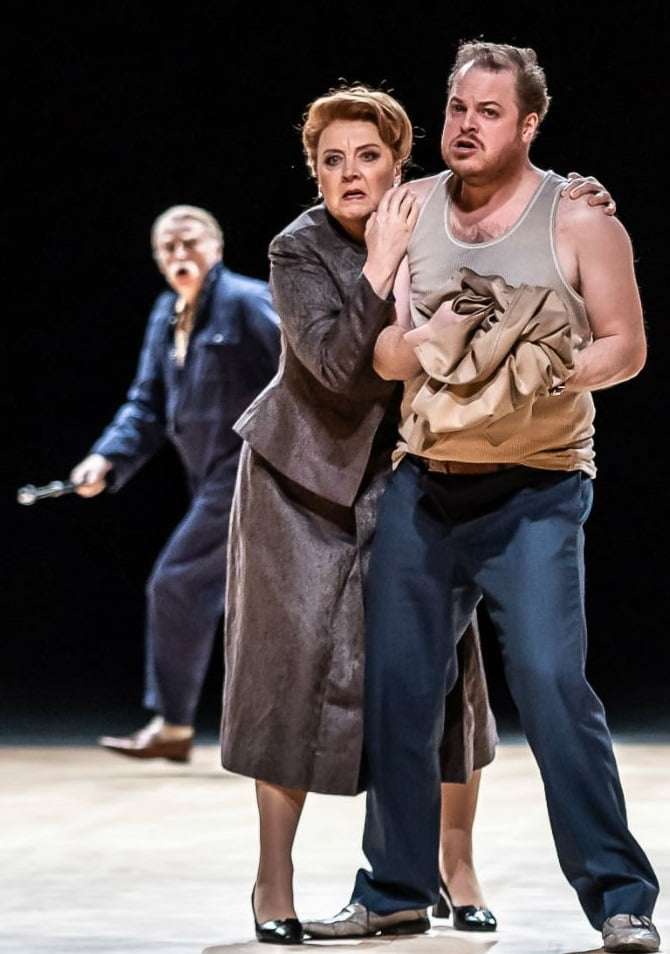 I still think that Richard Jones’s much-ridiculed staging of the Ring Cycle for The Royal Opera got to the core of much of Wagner’s epic, and there are many other operas that have thrived on his maverick views of human nature underpinned by a profound sympathy and affection for particular characters. His new staging of Janáček’s Katya Kabanova, however, sometimes seems like Jones on autopilot. The look, created by Antony McDonald, is familiar – tacky 1970s’ clothes and equally dire, aspirational, suburban interior design – here imposed on a USSR setting. Add to that expressionistic lighting and Jones’s signature stylised movement, and Janáček’s poor Katya, buried in a respectable but loveless marriage to Tichon Kabanov in a dead-end town with a vile mother-in-law in control of everything, not least her son, is fast-forwarded to self-destruction when she takes young Boris as her lover.

Janáček’s operas thrive on localised, contained settings so that big souls have something to react against. The nearest McDonald’s bare box of a set gets to this is the neat Kabanov lounge stuffed with fishing trophies – fishing provides a big, symbolic side-show throughout – that can quickly appear and vanish. Act Three’s ruined church in which Katya can’t stop herself from confessing her adulterous sin when she takes shelter from the storm (the one which gave the writer Ostrovsky his title for the play Janáček adapted for his opera) is reincarnated as a soulless bus-shelter, and it sums up the exaggerated spiritual desolation of Jones’s overview. 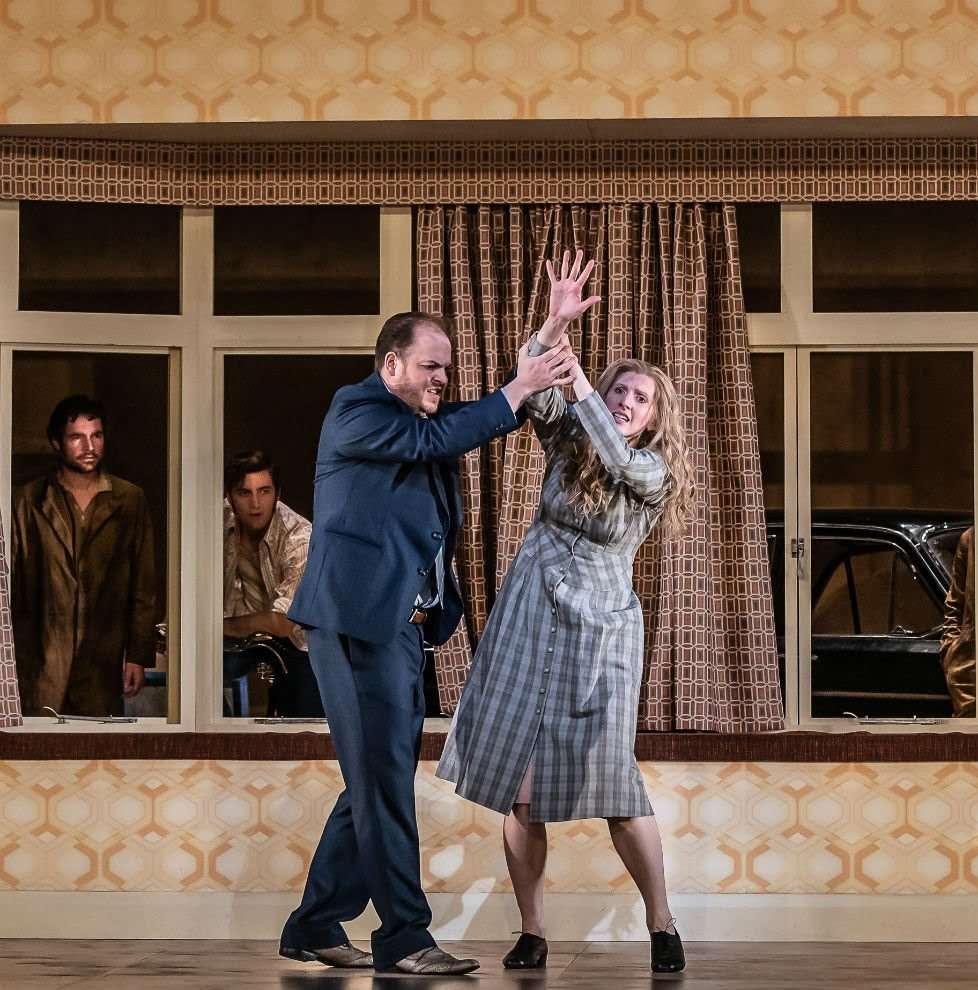 Amanda Majewski presents Katya as the out-of-step outsider very thoroughly, although she, rather than the direction, suggests a desire for empowerment more clearly than Janáček’s brilliantly crafted realisation of a heroine who gets her stature from vulnerability, imagination, innocence and a fatally big soul. Her powerful, edgy top voice initially doesn’t chime with Katya’s humiliation at the hands of her mother-in-law, the Kabanicha, delivered with majestic and melodramatic spite by Susan Bickley, but Majewski’s lower voice uncovers warmth and subtlety in Katya’s hesitant first connection with handsome Boris, and there is a melancholy darkness that seeps into her characterisation. By the time she is pleading with her husband not to leave her as he repeatedly drags her from his Lada saloon, she has you completely on her side, and Katya’s misery is distressingly real.

Jones also seems to have sympathy with the men, often lampooned as merely weak, priapic or drunk. Pavel Černoch’s Boris here appears almost more lost than Katya, and the direction homes in on Boris’s diffidence and desire with intense directness. And it helps that Černoch, Czech and completely inside the Janáček groove, uses his tenor gloriously. Then Tichon, usually completely under the Kabanicha’s thumb, seems in love with his puzzling, exasperating wife from the start, and Andrew Staples plays Tichon’s growing authority, leading to a devastating staging of the tragic close, magnificently. Andrew Tortise is excellent as a Soviet-style ‘cool’ Kudraš, who, with Emily Edmonds’s brightly sung Varvara, emphasise Katya’s tragedy with their uncomplicated, exuberantly staged love-affair. Clive Bayley takes charge of Dikoj, Boris’s overbearing but rich uncle, and his and the Kabanicha’s masochistic assignation is staged with typical Jones élan. The Chorus has very little singing to do, but are on hand to leer repulsively at Katya and to establish life-denying conventionality.

If I was at times distracted by the sheer extravagance of Jones’s production, there were many times, especially in Act Two’s love-scene, when he hits the story’s pathos spot-on. And from the scene-setting Prelude onwards, Edward Gardner draws a depth of tenderness and at times unbearable lyricism from the Royal Opera Orchestra that anchor and support the staging with unerring insight and compassion. Katya Kabanova is a short opera, but Gardner and some very beautiful playing expand its impact unforgettably.