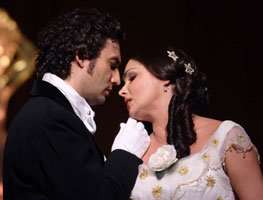 The Royal Opera had obviously been banking on a success with this the tenth revival of Richard Eyre’s production of Verdi’s “La traviata” and, on paper at least, is cast from strength with the much promoted and glamorous Anna Netrebko as Violetta, Dmitri Hvorostovsky and, ‘tenor of the moment’, Jonas Kaufmann. It is sad to report that the evening did not take fire.

In the orchestra pit, things were somewhat wayward. From the Act One Prelude onwards Maurizio Benini seemed reluctant to keep any regular tempo for more than a few bars and some of his rubato were extreme. This stop-go approach seemed essentially to be there to indulge the singers. This meant that ensemble was not always precise and one could only marvel how the woodwinds managed to fit in their triplets at the variable speeds. String ensemble was not always perfect and the ‘Preludes’ to the first and final acts lacked cohesion, and were not as atmospheric as they can be. In the final act, Verdi’s musical depiction of Violetta’s failing heartbeats seemed even more erratic than usual. The ECG would have been interesting to see! 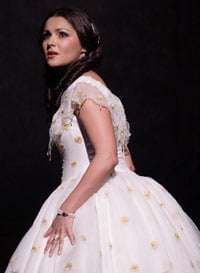 Richard Eyre’s production has stood the test of time well and has been the showcase for some good interpreters of the principal roles, particularly of the eponymous heroine. Regular attendees will remember Angela Gheorghiu’s glamorous and beautifully vocalised Violetta when the production was new. Following her impressive Gilda for Royal Opera a few years ago, expectations of Netrebko’s Violetta were high. In the first act she did not appear entirely at ease either vocally or temperamentally. Much of her music was delivered without nuance, tonal variety or dynamic contrasts. Just occasionally interesting interpretative insights registered, such as a curious moment of introspection at the end of the ‘Brindisi’, but at crucial moments such as the lead-in to ‘Sempre libera’ she seemed content to turn her back on the audience and sing at the back wall. This is surely a moment when you need to actually see the character’s face. Her coloratura was not as precise or dazzling here as one might have expected.

Later on there was more subtlety to both her vocalism and interpretation although as far as the latter was concerned it was evident only fitfully. Dramatic points were made with a fussiness that seemed mannered, and Netrebko has yet to fully consider the dramatic potency of stillness. Overall her portrayal was not a dramatically convincing and consistent in charting the character’s development and predicament. One of the problems of hype is that however marvellous you sound as recorded and look on posters you have to deliver the goods in a performance – she failed to convince and impress. 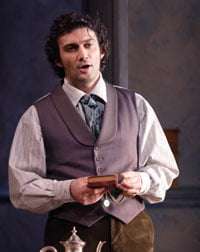 Jonas Kaufmann was a vocally assured Alfredo, and alone of the three main protagonists you could hear every word he sang. However, despite some finely shaded, legato and beautiful-pianissimo singing, he did not sound on his best form and seemed under-powered. Alfredo is a hard part to carry off dramatically, as the singer has to develop from the somewhat timid love-struck youth and yet display a fiery intemperate side as well. Kaufmann struck a good balance and presented an interesting profile of the character. 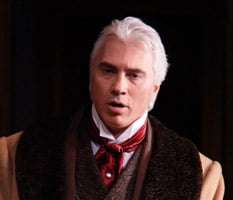 Dmitri Hvorostovsky has sung the part of Giorgio Germont in earlier revivals of this production and his interpretation of the part has now deepened. His dramatic portrayal brings out the rather unfeeling, staid and almost cruel nature of the man – particularly in the moment when Violetta asks him to embrace her as his daughter and he steps back from the physical contact. Hvorostovsky sang as a true Verdian and was an absolute pleasure to hear, even at Benini’s sagging tempo in ‘Di Provenza…’.

Some of the smaller roles in this opera can be brought vividly to life even though the characters have little to sing other than a few asides. Monika-Evelin Liiv with her rich mezzo made much of Flora, and Sarah Pring’s Annina displayed distinct ‘attitude’ towards Alfredo in Act Two and then a touching softening of approach in the final act – a nice touch. Mark Beesley’s Doctor Grenvil was also suitably aware of the impending tragedy in the final act. (Why is it that operatic doctors so rarely succeed in saving their patients?) Eddie Wade delivered an appropriately pompous Baron Douphol. Sadly, Ji-Min Park’s Gastone was almost inaudible during the Spanish interlude at Flora’s party, although he made his presence felt in the first act.

Eyre’s production as revived by Patrick Young and Bob Crowley’s designs continue to look well and are atmospherically lit, and the chorus was as disciplined as ever. Ultimately the evening did not live up to expectations although it was greeted with enthusiastic responses from some areas of the auditorium. Those with long operatic memories that stretch back to Cotrubas and Gheorghiu – both very different and affecting Violettas – would (even without the rose-tinted recall of memory) have found this performance lacking that special ‘something’ to set it apart.