Mussorgsky
Boris Godunov – Opera to a libretto by the composer after Pushkin [original 1869 version; sung in Russian, with English surtitles] 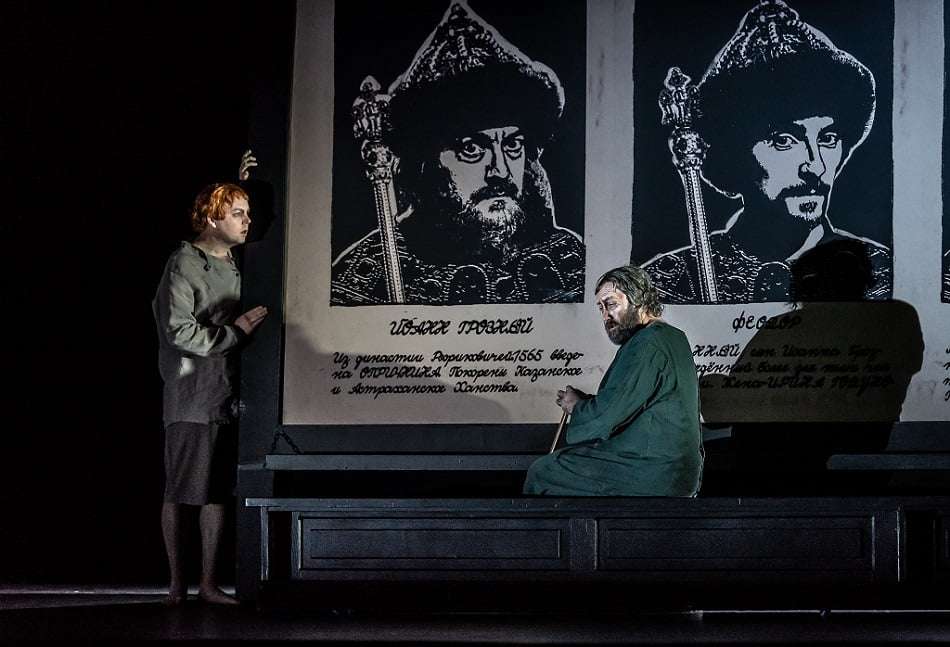 This is the first revival of Richard Jones’s production of Mussorgsky’s Boris Godunov, and, as in the first rub in 2016, it grips you from the start of the composer’s original, seven-scene version of 1869 (which Mussorgsky revised and expanded in 1872, the version now more generally used).

Rimsky-Korsakov made his own edition in 1896, some years after his wild, alcoholic friend had died, placing the opera firmly in the tradition of the sprawling national epic, and there is a later version by Shostakovich. The 1869 original could not be more distilled, and playing at just over two unbroken hours, it is exclusively obsessed with the tortured figure of Boris, whose accession as Tsar is haunted by the murder of the rightful heir that he is accused of ordering, the younger son of Ivan the Terrible. What you lose in the Polish and Kromy Forest scenes, in the absence of any significant female role and in a more generous characterisation, you gain in Jones’s ferociously gaunt examination of power, ambition and terror.

Miriam Buether’s fixed set adapts well enough to the Kremlin, St Basil’s Cathedral and monastery, while Jones uses the upper gallery for the repeat visions of the assassination of the young prince, as though it’s stuck on a loop tape, to leave us in no doubt of the event that drives the opera. Nicky Gillibrand’s costumes take sixteenth-century splendour and Soviet-style drab uniformity in their stride, but you never feel that Jones is making any updating political point. The cartoon-like aspects of the design point to a very glossy reinterpretation of history, done with the sort of Jonesian irony that doesn’t make you smile, and the chorus movement unravels easily from Jones’s predilection for automated precision. The effect is like one of those big Russian icons that detail important stages in the life of a saint – here a murderous Tsar – coming to life. 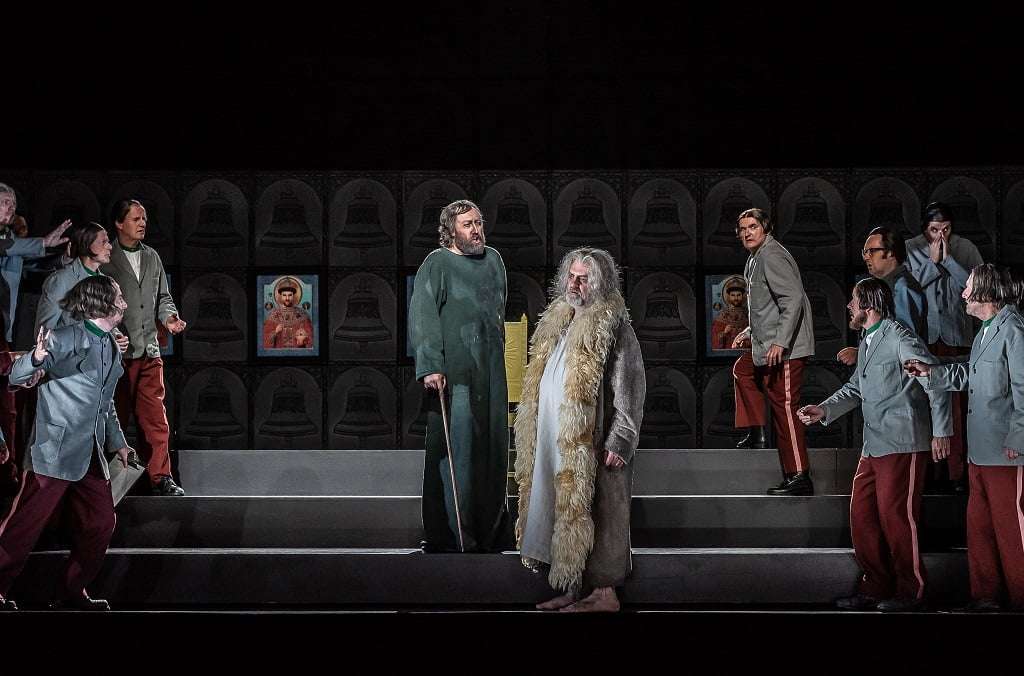 Bryn Terfel is a more tragic than melodramatic Boris, yet he still devours every scene he is in, and in this unavoidably episodic version Jones skilfully bends the other lead-roles to define him. Occasionally you miss the sort of dark-bass spread that John Tomlinson brings to the drunken monk Varlaam in a great double-act with Harry Nicoll’s Missail, but Terfel’s irredeemable guilt and grandeur, along with his tenderness towards his children, are magnetic, and he reserves a special, exhausted timbre for Boris’s death scene.

Roger Honeywell doesn’t quite plumb the depths of Prince Shuisky’s serpentine deviousness, but David Butt Philip gets as near to the point of Grigory, the Pretender or ‘False Dmitry’, as this version of the opera allows with his strong, elegant singing. Sam Furness produces a very convincing Russian tenor whine as the Holy Fool, and Matthew Rose as the historian monk Pimen is implacable in his hatred for Godunov.

The Chorus makes a glorious sound, especially during the magnificent coronation, and brings all the movement detail to life. If you ever want to hear just how raw and original Mussorgsky’s music is, the Royal Opera Orchestra obliges in consistently inspired, coloured and stylish playing, urged on by Marc Albrecht to squeeze every expressive nuance out of this glorious score.

It’s no exaggeration to say that I was on the edge of my seat throughout this exceptional evening.