Gianni Schicchi – Opera in one Act to a libretto by Giovacchino Forzano after a passage from Dante Alighieri’s narrative poem Commedia Part 1: Inferno

[All operas sung in Italian with English surtitles] 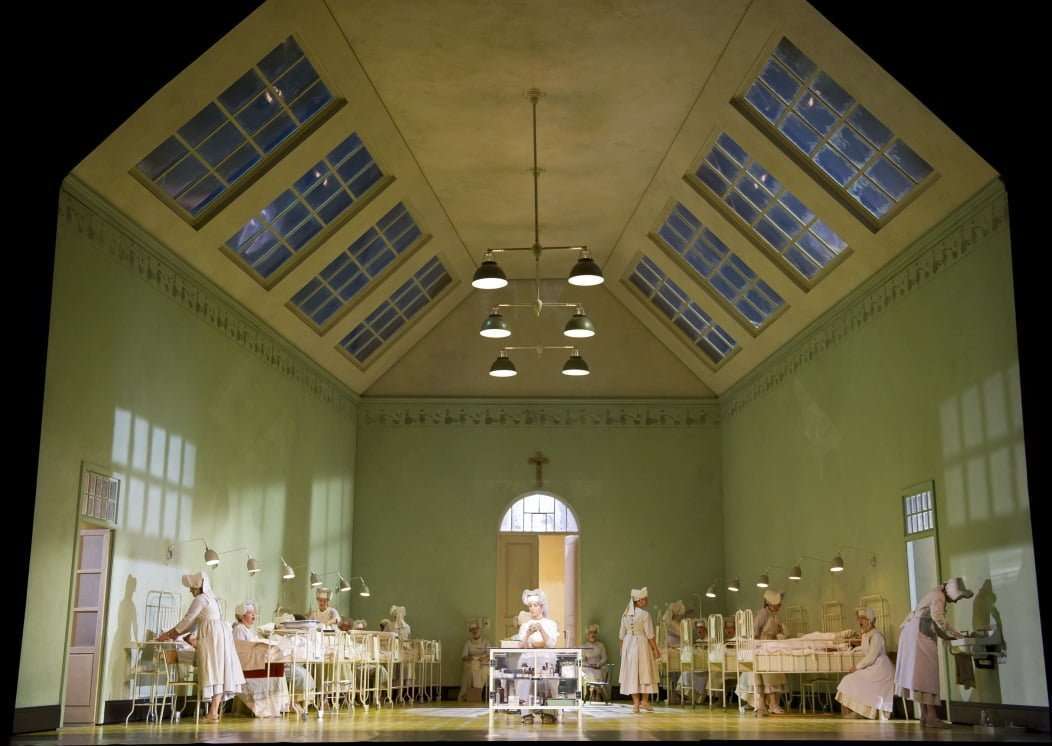 Returning for six nights, of which this was the first, Richard Jones’s production of Puccini’s Il trittico was an unalloyed joy: a darkness-weepy-hilarious journey realised with assurance. The operas – published by Ricordi separately – were given their world premiere by the Met in 1918, and have had unequal success since. In terms of performances at Covent Garden Gianni Schicchi has proved the most fruitful, with Suor Angelica the least. Here the tale of Angelica is an undoubted triumph.

This central tableau pulled at the heart-strings and moistened the eyes, not least the singer of the eponymous sister, Ermonela Jaho: her drained self palpably raw as she took her curtain-call. It was all quite devastating; the nun’s suicide after she learns of the death of her son was overwhelming, and in tandem with a ravishing account of the emotional score under Nicola Luisotti, it made for great theatre. The end can be problematic for such a short piece: to go from heavenliness (the cello solo at the start of Angelica’s beautiful ‘Senza mamma’ was hauntingly realised) through to the horror for her of dying in mortal sin is no easy feat, and it emotionally pulverising. 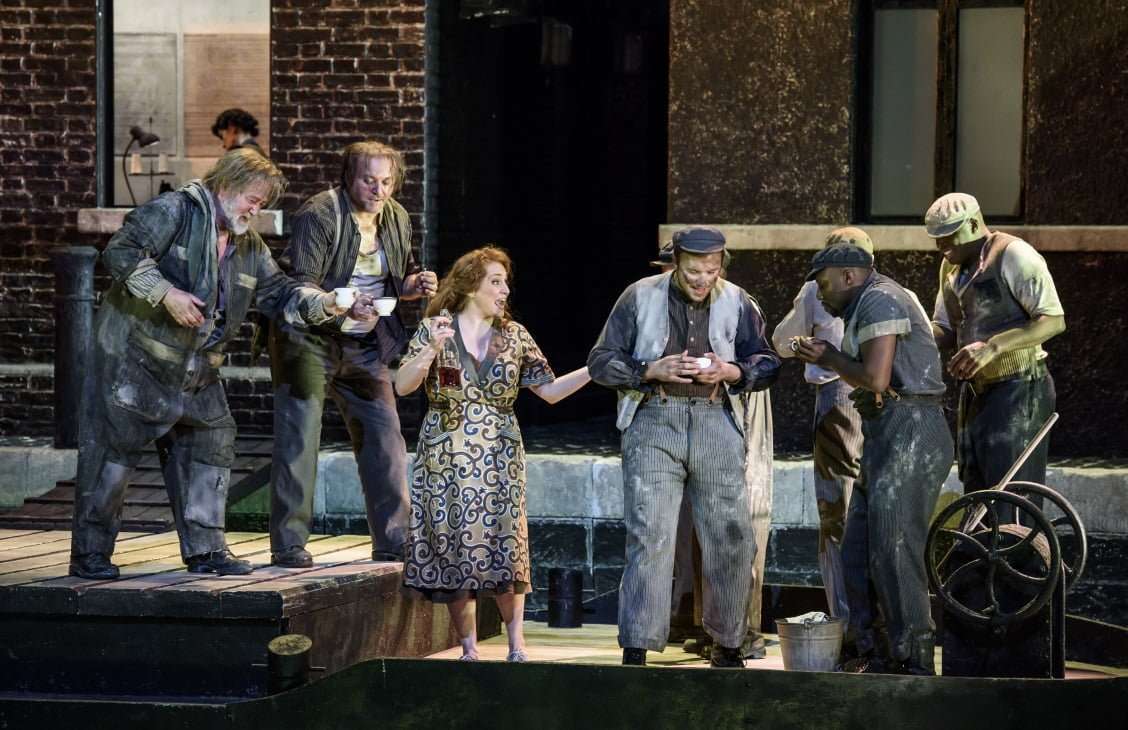 Puccini’s imagined convent is now a sick-children’s ward, nuns as carers. Miriam Buether’s set is wholly functioning, with the sisters busy looking after their young charges. Jaho commanded throughout, traversing this complex character with her beautiful and colourful soprano: the quietest passages retained clarity whilst loud declamations were necessarily inflamed. Luxury casting brings Anna Larsson to reprise her role as Angelica’s aunt, the Princess, her cold emotions especially memorable. Even the thoughtless coughing from many in the audience did not wreck the compelling atmosphere.

Il tabarro is a story of lust, betrayal and murder. The wife of a barge-owner fancies a stevedore: the husband finds out and murders the man, then presents the dead body to his wife from under the cloak. It is a very murky piece. It got off to a terrific start with the Royal Opera Orchestra’s strings’ evocation of the Seine: at once flowing and sinister, a dangerous place, threat and menace to the fore. This was a revelatory account and I reckon the score would stand-up without the voices, so evocative and impressionistic it is. Patricia Racette’s Giorgetta is a lonely woman, in a loveless marriage. Her husband is a complex character, his emotions brooding within him in Lucio Gallo’s stand-out portrayal, brutality simmering. One drawback is that some of the staging’s comings-and-goings distract the eye and ear from where they should be focussed. 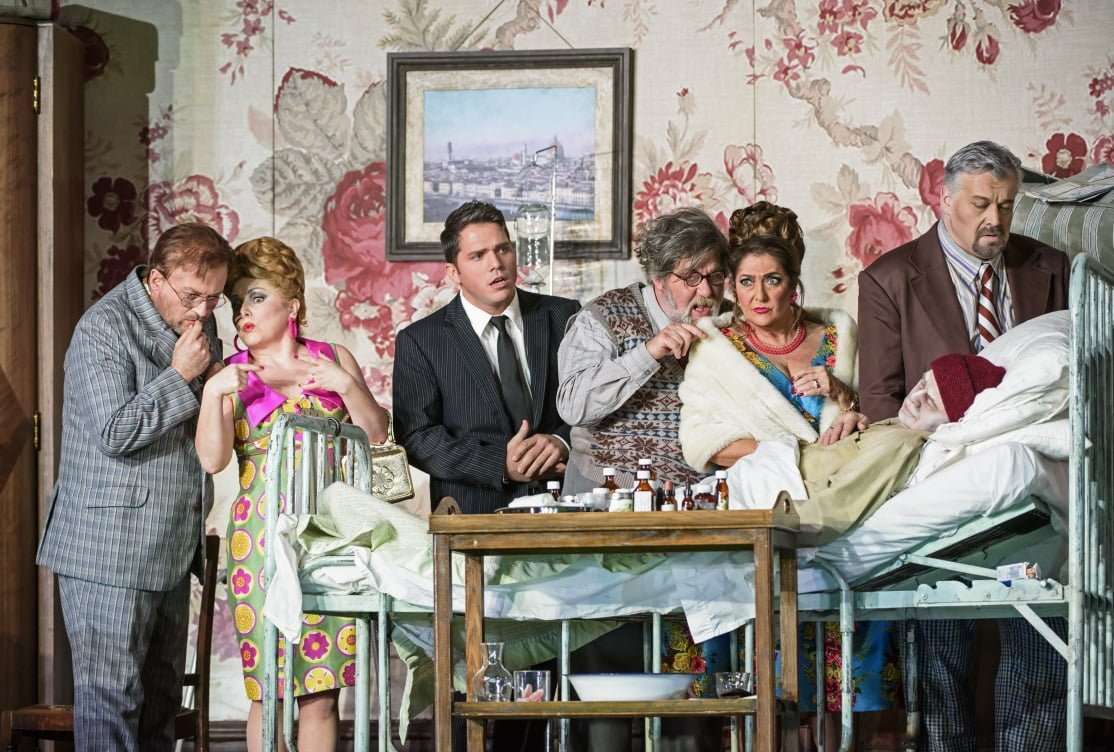 Gianni Schicchi was pure pleasure: terrific fun from beginning to end as a bunch of buffoons try and fix a dead man’s will in their favour; the members of the family are weeping because they have discovered that they are not to be beneficiaries of the will, rather than over the corpse to be. There are plenty of hoots but the tender love between Lauretta (Schicchi’s daughter, from whom ‘O mio babbino caro’) and Rinuccio was heart-warmingly presented by Susanna Hurrell and Paolo Fanale: they are in Schicchi’s will). Gallo here is a lithe man, despising of the Donati extended-family. His baritone is sneering and devilishly delicious: we root for him throughout. The staging is full of delights that enhance the story-telling.

Each opera lasts about an hour separated by thirty-minute intervals. It’s a long evening, but only time-wise. The flow and dramatic momentum of each score is kept well-oiled by Luisotti and by top-notch orchestral playing.