Søren Nils Eichberg
Glare – Opera in one Act to a libretto by Hannah Dübgen [sung in English with English surtitles; UK premiere] 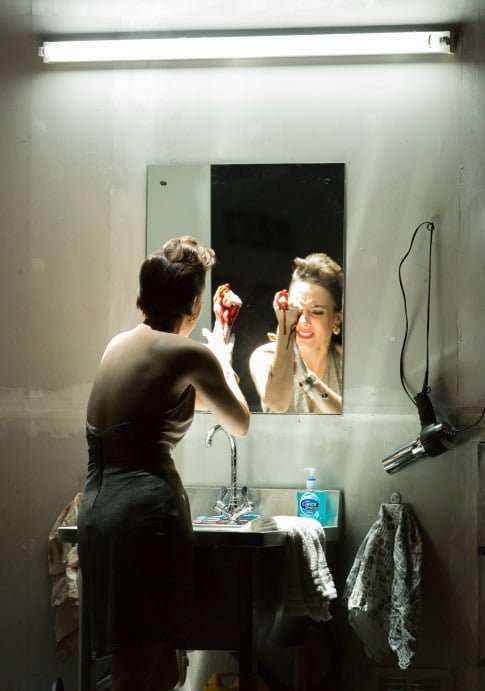 Just what is ‘perfection’ when applied to human beings and is its attainability even desirable? Such lies at the heart of Glare, the new opera (his third stage-work) by Danish composer Søren Nils Eichberg.

The creation of a perfect human for the pleasure of others is far from a new concept, dating back much further even than Ira Levin’s 1972 novel (and its acclaimed film adaptation) The Stepford Wives. Hannah Dübgen has described her libretto as being constructed as a chamber play, such as immediately suggests a link to the intimate late dramas of Strindberg – notably The Ghost Sonata, where the main protagonists are worn down by their realisation of human fallibility in terms of relationships. Something of that conundrum is evident here, with Alex conscious that his new girlfriend Lea seems literally too good to be true. The revelation that she is a machine created by his scientist friend Michael is beyond his worst suspicions, and from here the destructive capability of the ‘human’ characters is all too readily confirmed.

From this scenario Eichberg has fashioned a continuous 75-minute opera whose numerous short scenes follow on with unyielding and ever more claustrophobic intensity. Stylistically the music ranges wide, taking in elements of Viennese expressionism as well as a rhythmic drive redolent of modern techno. An electronic component threads its atmospheric and often insinuating course across proceedings, underscoring the unreality though also the mundane nature of what is taking place. Hardly individual in itself, Eichberg’s score nonetheless has the right theatrical flexibility, while complementing Dübgen’s text with its well-placed asides – when the characters reflect on the inanity of their situation – and strategically-placed expletives (though why is it these always sound so self-conscious in an ‘artistic’ context?). 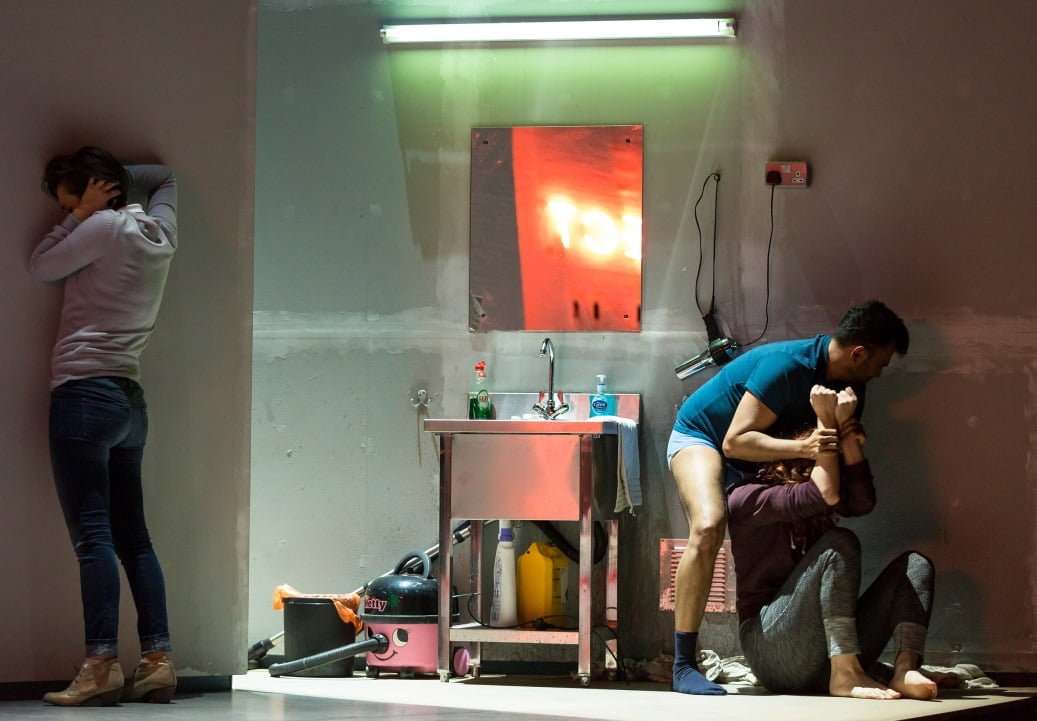 The production is well conceived – not least Thaddeus Strassberger’s direction which brings a fair degree of physicality to events, while making the Linbury stage appear wider and deeper than it is. Madeleine Boyd’s designs are no less effective; enabling the drama to be played out against a double frame whose oblique angles themselves open-out the scenic potency of what is occurring; with bed and snooker-table the only foreground props, and the panelling to the right of the stage used to powerful effect as Alex inadvertently (?) ‘murders’ Lea. Matt Haskins’s lighting design also plays its part with its sombre neon primary colours, pointing up the artificiality of much of the scenario while duly intensifying at those climactic junctures as the drama assumes an appreciably deeper and ultimately a starkly tragic aspect.

The cast itself leaves little to de desired. Amar Muchhala vividly conveys Alex’s indecision and encroaching helplessness as his knowledge of Lea’s ‘perfection’ destroys his happiness, and Ashley Riches gives a telling account of Michael – the scientist whose openly professed soullessness turns to sadism when he assaults Lea merely on a whim. Clare Presland amply projects Christina, Alex’s ex-girlfriend whose sullen torment is exacerbated when she feels a physical attraction to Lea that, by definition, cannot be reciprocated – while Sky Ingram makes Lea empathetic not only on account of her predicament but also through the artless eloquence of her portrayal. The final moments, with each of the humans crippled by their (in)actions and Lea summarily disposed of as trash, resonate long after the work has ended.

Geoffrey Paterson secures incisive and committed playing from CHROMA – the ensemble that for much of its seventeen years of activity was one of contemporary British music’s best-kept secrets, though which has latterly come into its own through involvement in a wealth of theatrical projects. All in all, a confident and assured presentation of an opera that is among the most thought-provoking to be seen at the Linbury during recent seasons, and one whose relevance to the debate about just where the human race might be headed cannot be gainsaid.